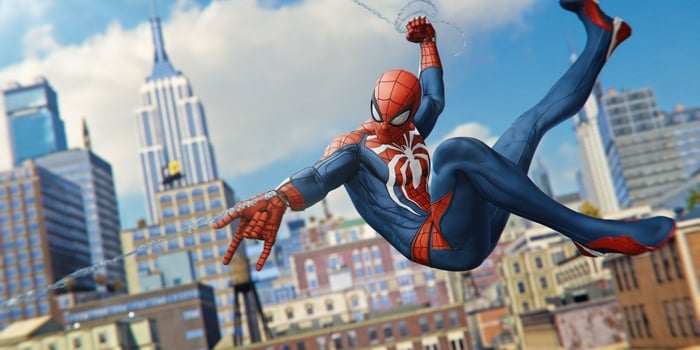 We have come to a point in this world where we nerds have taken over and honestly, I am most pleased with this development. It means that we get tons of cool content from talented individuals using their skills to bring pop culture to life. That is exactly what JT- known for his YouTube channel Built IRL- has been doing, spending the last two years utilising his engineering skills to try and make the iconic Spider-Man web swinging a reality.

JT explains that this whole process began when he received a six week internship at Hacksmith Industries– known for taking fictional concepts from popular culture and replicating them into working prototypes such as Iron Man’s repulsors and Hans Solo’s blaster gun. JT made some progress during this internship but he wasn’t able to perfect the swinging tech in the six week time frame. Last year, he continued his goal to become Spider-Man when he proposed to research and investigate how to swing like Spider-Man when prepping for his university thesis in electro mechanical engineering.  He put it far more eloquently though, writing a 15,716 word thesis on “Investigating the possibility of “Spider-Man” swinging as a novel form of locomotion”. His university accepted on the condition that he doesn’t actually hurt himself in the process, although after graduation he just did it anyway. Props to you for that dedication, sir.

To achieve the sticking web effect, JT created a “Hookchain”- made with the world’s strongest polymer and alloy steel that wraps around objects in place of sticking like Spidey’s web and catches on to itself with the alloy hooks. His method of propulsion was compressed propane but honestly, that’s where my very limited ability to understand the technology of this ends so I would suggest checking out JT’s video for all the info. I would also suggest not trying this at home seeing as a concussion seems like the least painful injury that could come out of this.

Make sure to go to the Built IRL YouTube channel for more Spidey swinging videos.