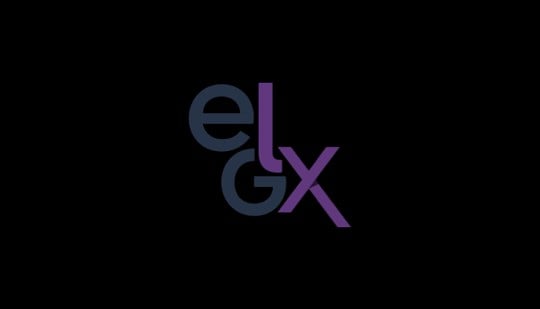 EGLX is the first event of its kind in Canada, and the event secured some serious talent to come out and interact with attendees. Fans could walk over to any kiosk and have lengthy discussions with game developers, digital magazine publishers, celebrity Twitch streamers, and famous cosplayers.

EGLX curated some of the gaming industry’s most knowledgeable insiders and allowed them to share their insights over three day’s worth of industry panels. Some of the stand out sessions included Making Virtual Reality Reality, So You Want to be A Game Designer: Getting into the Game Industry, and Modern Myths: Narrative Design in Games. EGLX also hosted several insightful sessions on cosplay, VR, the economics of game development.

While I buzzed around EGLX’s floor over the weekend, I noticed one booth that always had a crowd around it. When I finally went over to investigate, I had to part through a cluster of onlookers in order to sneak a peek. I’m glad that I did.

The center of all the attention was a game called Lost Orbit (PS4, Steam). Lost Orbit features stunning art direction, it’s reminiscent of a neon-infused Borderlands. You play as a character named Harrison, who after his spaceship explodes has to make it back home via jetpack. With the aid of an alien space-probe sidekick, Harrison must rocket through the perils of space. Everyone that picked up a controller left the booth with a smile on his or her face. I spoke to the game’s creator, Alex Golebiowski about his awesome looking game. Golebiowski is a local developer from St. Catherines and co-founder of PixelNAUTS. Golebiowski said he really wanted to be a part of EGLX because it’s the biggest Canadian gaming event that we’ve seen.

I Asked Golebiowski what would attract gamers to Lost Orbit.

I then asked Golebiowski what EGLX means for content creators.

I think it means a lot. We go to PAX, and a lot of these shows in the states. There’s not really anything like this in Ontario. So for us to be able to come here and connect with local consumers, our fans, and push up the Canadian industry for gaming. That’s huge for us. That’s huge for us and gamers and were really happy to be a part of it

You can find out more about Lost Orbit at pixelnauts.ca

I then ran into Jord Farrell. Farrell is one of EGLX’s esteemed guests. Ford sat on several panels on game development and content creation; he’s a prolific solo developer with over 200 games under his belt (he’s not even 25). I asked spoke to Farrell about his EGLX experience.

EGLX is a very gamer focused event which is a lot different than a lot of the industry events I go to Farrell. It’s nice to see the other side of games that weirdly, the developers don’t get to see that often. I asked Farrell if he had any advice for up and coming developers,

Honestly, the best advice that I can give is whatever it is that your doing is to do it. And keep doing it no matter how you personally judge your own work, because you are not the best judge of your own work. So keep doing it, keep doing it and I can 100% guarantee people will love what you do eventually.

You can keep up to date with his latest creations by following him on twitter @Mr_Tedders.

The kids that grew up playing Donkey Kong and Pac-Man are the last generation to believe that a career in video games is a pipe dream. Events like EGLX give gamers both young and old a chance to nurture their interest in game development.

All the game developers that I spoke to were enthusiastic about EGLX and its potential impact on Canada’s gaming culture. They couldn’t stress enough how important it is for burgeoning content creators to get out and learn from the community. Each developer reiterated how important it is to get out there and participate in game jams, Q & A panels, and EGLX style events in order to make industry contacts and gain first-hand knowledge.

In its inaugural event, EGLX featured an array of guests from all over the gaming world, ranging from indie developers like Gloam Collective to industry giants like Ubisoft and Microsoft. EGLX’s organizers did an exceptional job bringing together so many unique slices of gaming culture. In addition to the e-sports competitions and the tech demos, EGLX helped plant the seeds for future generations to move gaming culture forward. I can’t wait to see how the event tops itself.

EGLX is a huge step forward for Canada’s gamer culture