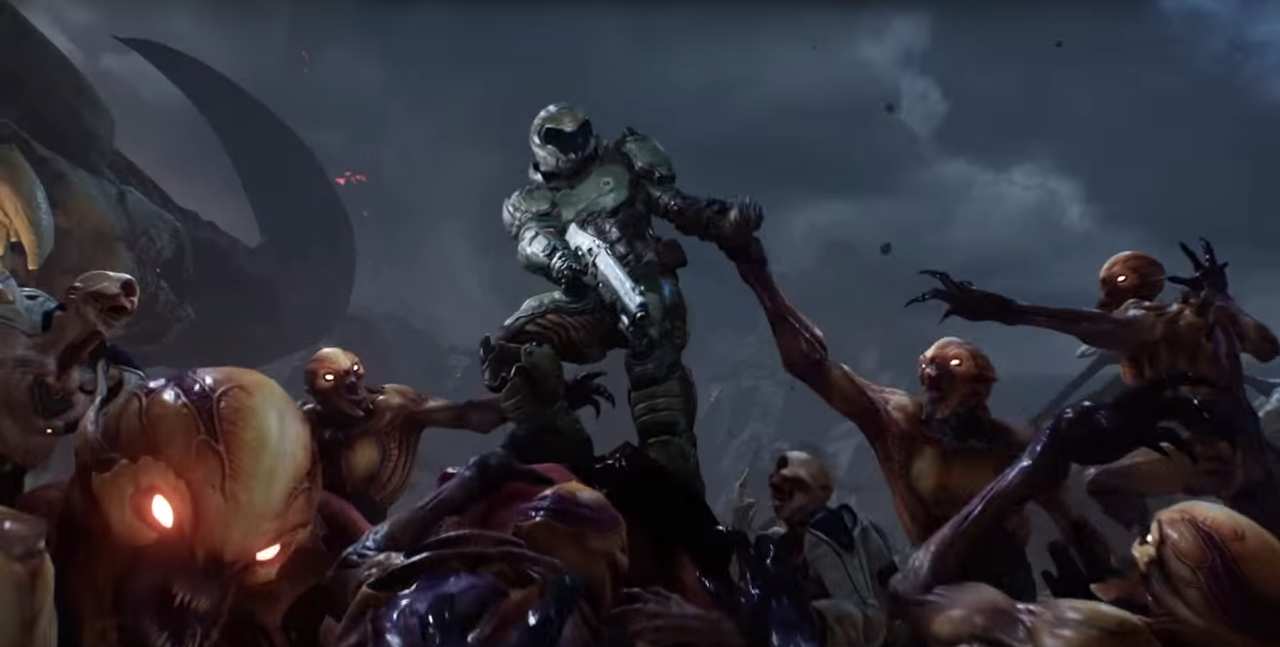 Bethesda finally released their cinematic launch trailer of DOOM and boy, is it brutal looking; but when was it not, right? Watching the Doom Marine smashing and pew-pewing his way through the demons of hell, you recognize seemingly familiar tribute to the original.

While the game is close to release, there has been some speculation on whether or not DOOM will hold up as the shooter makes its way to a multiplayer platform. During a recent live stream of the single player campaign featuring Executive Producer, Marty Stratton and Creative Director, Hugo Martin of id Software, they gave a lot of insight on the gameplay and its mechanics. During the live stream, they also explained how they feel that they hold a level of responsibility to succeed with DOOM as MachineGames succeeded with Wolfenstein: The New Order.

The stylized brutalized gore sci-fi fantasy reboot hits PS4, Xbox One, and PC. Be ready to fight like hell on May, Friday the the 13th.

Hello world! Curt here! I like video games and dogs, especially my dog. She's a champ. While I really love RPG's, specifically shooters, I am playing story driven narratives.

The One Change ‘Ratchet and Clank’ Didn’t Need