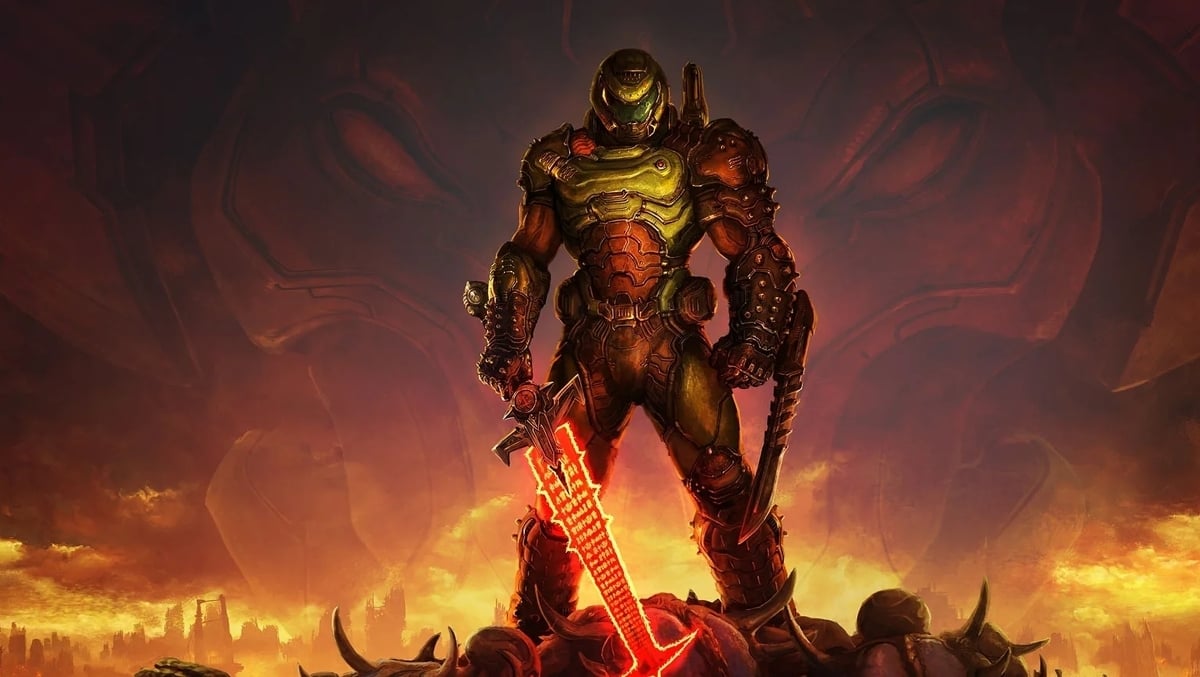 I’m going to go ahead and file this one under collaborations that no one asked for but is still pleasantly surprising. Fall Guys: Ultimate Knockout– the game about cute bean people participating in adorable obstacle courses- is teaming up with the DOOM video game franchise- you know, the one with all the murdering, blood, gore and tearing demons heads off- to create a DOOM guy themed skin for Fall Guys. Because why not I guess?

The Fall Guys Twitter account sent out the Tweet below yesterday, showing a chunky looking Fall Guy silhouette and warning players that it will soon be “time to suit up”. The DOOM Twitter account then responded in kind, quoting the Fall Guys tweet with the caption “D O O M”. Using my powers of deduction, I believe this is insinuating some kind of partnership.

A DOOM skin for Fall Guys is pretty funny, seeing as Fall Guys attracts a lot of children. Most of them will probably have no idea that they are playing as a homicidal maniac who mutilates demons on a daily basis. I shouldn’t find that so funny should I? It also kind of reminds me of the Animal Crossing x DOOM meme that was going around back in March after Animal Crossing: New Horizons and DOOM Eternal released on the same day. Now all we need is an Isabelle from Animal Crossing skin in Fall Guys so that we can recreate said memes.

There’s no release date for the DOOM guy skin yet but with season three of Fall Guys soon upon us, this skin is likely to be coming soon.