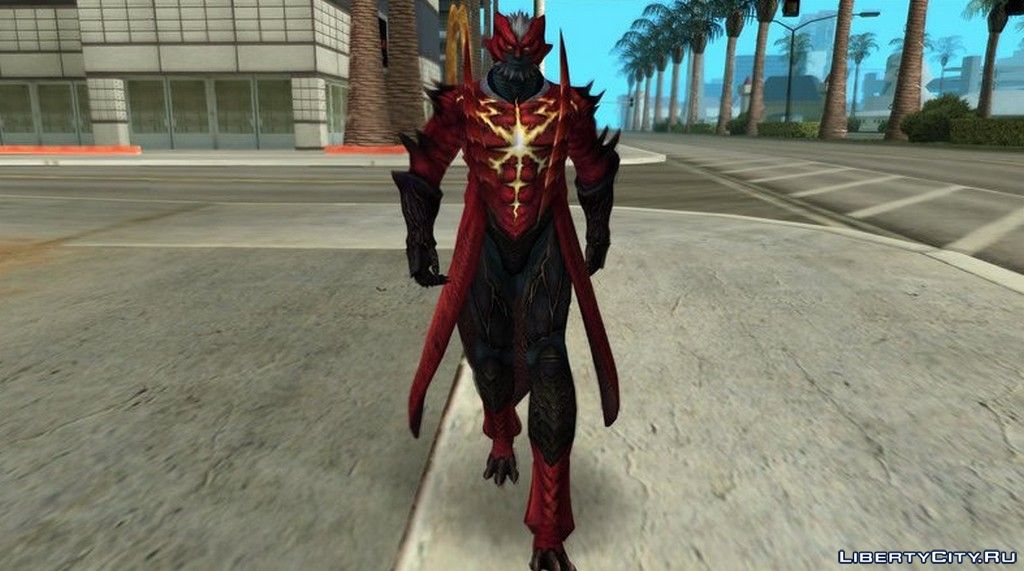 There is no doubting the beauty, wonder and-sometimes-confusion that is community made gaming mods. There are some excellent ones out there (one of my favourites is the Elder Scrolls V: Skyrim mod that replace the dragons with Thomas the Tank Engine) but a more recent mod that is doing the rounds on social media is a Devil May Cry 5 PC mod that replaces Dante with CJ from Grand Theft Auto: San Andreas in the fight against Vergil.

Showcased on YouTube by the channel John Fleer, the mod was created by Marcos RC who has truly created a masterpiece with this mod. What I love about this is the detail that has gone into it. Not only is there a character model for CJ that actually does look a lot like what the character would look like on the current generation of consoles, Marcos RC has also added voice lines from San Andreas into the mix. The voice lines have been carefully picked to make a somewhat coherent reason for the two to be fighting. CJ wants pizza; Vergil argues that if he wants it then CJ will have to take it. CJ argues that the pizza is his right. He isn’t wrong I suppose. Okay so maybe it’s not hugely coherent but it is funny as hell.

Marcos RC has Patreon for all of his game mods, 3D renders and fan art so I would definitely recommend checking it out as well as the full modded Devil May Cry 5 video- including CJ and Vergil actually fighting- above. I will also link his Twitter, YouTube, Art Station, Instagram and Pinterest here so you can check out his fantastic work.

Godzilla Is Getting A New Anime Netflix Series

5 Things to Do Before World of ‘Warcraft: Shadowlands’ Launches