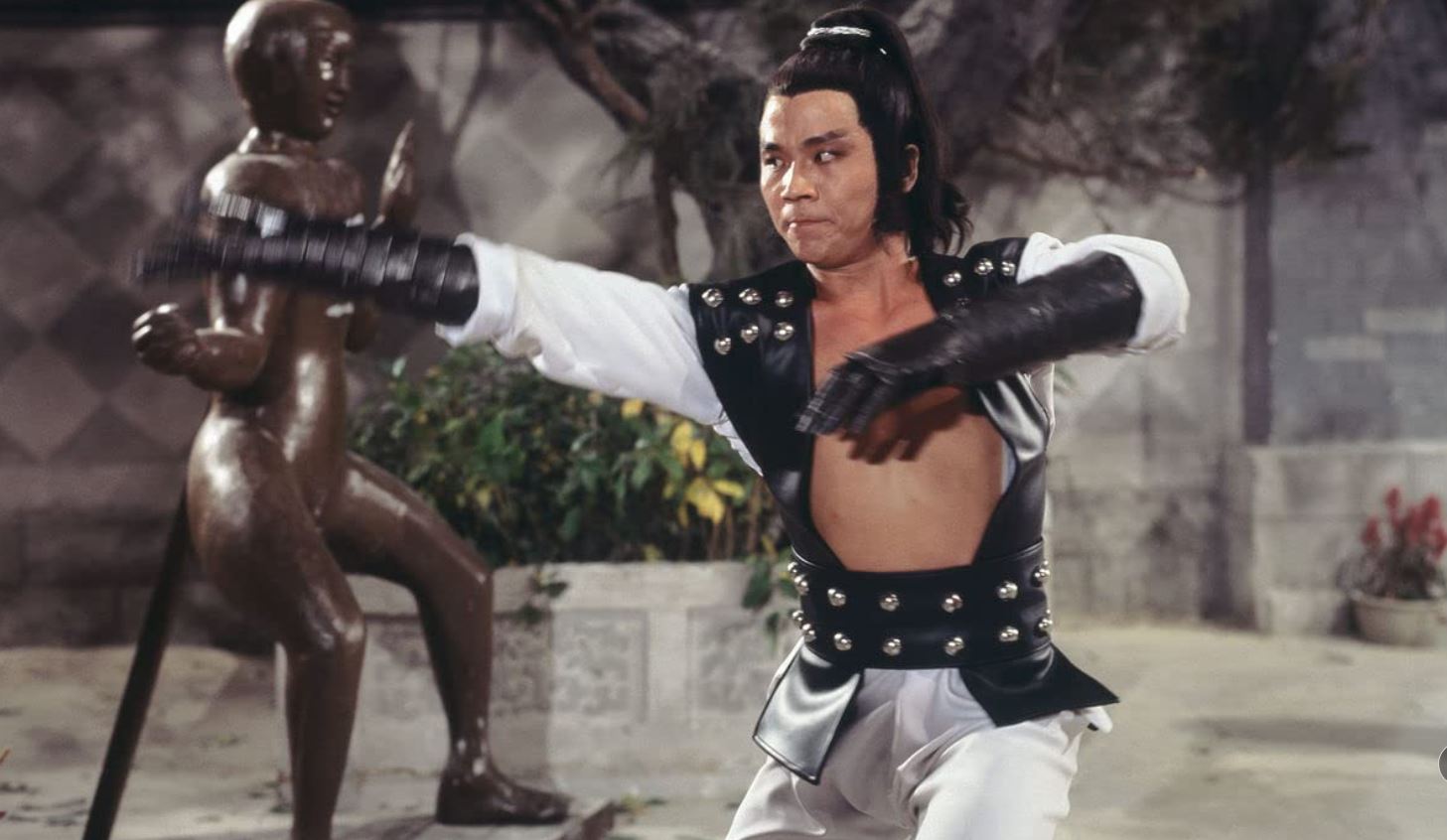 The Crippled Avengers (a.k.a. Return of the Five Deadly Venoms)

By taking a moment to look at Chang Cheh’s career as a director at the Shaw Brothers studio, one might come to notice that several of the stories he shared employed unorthodox protagonists, namely for their physical attributes. In the late 1960s, there was The One-Armed Swordsman, which told the exploits of a talented young student whose misfortune in love led to his arm being chopped off. Determination, practice, and spirit proved doubters wrong as he became a great hero, bringing justice back to the land. Then came the many films starring David Chiang. While true that his characters were never hampered by any physical deficiency resulting from an accident or the malfeasance of others, he was by nature short and lean. Upon first glance, he looked like an easy pushover. And yet that never played any sort of role in his films, as his heroes were always the most skilled in combat and the bravest. Now comes Crippled Avengers, a film with a story and band of protagonists that harken back yet again to familiar Cheh territory. Interestingly enough, if one is not careful when browsing Shaw Brothers titles, one can easily mistake this movie for being a direct sequel to 5 Deadly Venoms, giving how its initial North American release title was, in fact, Return of the Five Deadly Venoms.

Chang begins his film in an interesting matter, making the viewer believe that the family man who is wronged in the opening scene, Do Tian-du (Kuan Tai Chen), will somehow become one of the titled avengers. Three ferocious members of the Tigers Gang invade his home while his wife and son are present, but before Tian-du can intervene, the bandits have chopped off the legs of his love and the arms of the young boy. The injuries take the life of the former but not the latter, and after mercilessly vanquishing the Tigers Gang, Tian-du promises his son Chang he will have iron arms built for him, and train him in the deadliest martial arts. Thus, rather becoming the heroes of the piece, father and son eventually form a terrifying force, intimidating and severely punishing all those who dare oppose them, even inadvertently. Such is the situation with the blacksmith Wei (Lo Mang), who is driven mute and deaf after scolding the father and son for their malicious ways. A travelling hawker is made blind after starring at Chang’s strange iron hands. A regular civilian sees the lower half of his legs chopped off and a young kung fu master, Wang Yi (Sheng Chiang), who tries to make Tian-du and Chang pay for their behaviour is tortured to the point that he becomes an idiot. Severely handicapped and left to scavenge for themselves, these four new friends make way to the school where Wang was taught kung fu to train long and hard, in the hopes that one day the tables may be turned on Tian-du and his son.

Many of the people involved in Crippled Avengers were also the stars of 5 Deadly Venoms, hence its original North American title, Return of the 5 Deadly Venoms. This group of men is often referred to as forming the Venom Mob. They had known each other from very early ages, long before entering the film business, and the popularity of the Venoms film gave birth to such the group’s name. It is interesting to note that the actors frequently play the same sort of characters, such as Feng Lu, who plays the villainous Chang here just as he played the scheming Centipede in the previous film. The same goes for Lo Mang, who in both pictures takes on a charismatic and emotionally rich personality. Whatever criticisms may be aimed at the quality of the scripts, be it of this movie or its predecessor, it is difficult to deny that this group of actors does indeed exude special chemistry. The swagger they possess, the boastfulness when they march together, even the odd moments when they can be peaceful: everything hits the right notes, which is a rarity in films such as these, in which so much more emphasis is put on the action, costumes, and set design rather than creating genuine chemistry between the actors. Then again, due to their deep familiarity, one might guess that Chang Cheh did not have to worry too much about directing the actors to achieve the aforementioned chemistry.

Whereas strong chemistry might have been one of only a few genuinely strong aspects to Venoms, here, it is one of many. The best Shaw Brothers films are those that deliver on story, character, and action. The weaker ones, unsurprisingly, proved successful at only one or two of those three key ingredients. Crippled Avengers is aces in all three. The events in the movie and the themes they explore are very familiar and easy to comprehend. So many of these movies are about revenge and redemption, but provided a film plays its cards right, it can still deliver thrills and emotion. A degree in psychology is not a prerequisite to understanding that much of what Crippled Avengers relates to is about overcoming one’s handicaps and proving one’s worth in the face of tall odds. The protagonists are rather glum when faced with the prospect of enduring blindness, deafness, or the inability to ever walk again. The film conveys, albeit not in tremendous detail, the rehabilitation process, in which a character with no more legs must learn to operate with artificial limbs while another who can no longer see must learn to rely on his hearing. What’s more, teaming up with their companion who has unfortunately lost some of his marbles is another challenge altogether. The training sequence, a hallmark of many a great kung fu film, takes on added significance with. On the flip side of things, the antagonist is created under more unusual circumstances than normally is the case, with a man whose personal tragedy has not created the urge to set right society’s wrongs, but rather a deep mistrust and even hatred of any man who looks at him crossly. It makes for a delicious twist, something these films are not known for.

And then there are the action scenes, among which are the best Cheh has ever directed. Here is where all the critical elements, story, character, and action, come together to create something beautiful on film. Because each of our heroes is limited in some way or another, nearly all of the action scenes require them to work together in unison, sometimes all four together, other times in pairs. The higher the intensity and sense of danger of the fight, the greater the requirement that the crippled avengers coordinate their efforts and come to the aid of whichever ally is in need of help. Many of the Chang Cheh signature tricks make appearances throughout, such as his undying love of slow-motion while a character jumps in the air while a crescendo of synthetized sound effects plays on the soundtrack. For all intents and purposes, the highlights of the film typically involve the blind warrior, who combats with a stunning sense of grace. The fights are uninterrupted and nearly hypnotize the viewer. There are so many moves, all of which have been calculated and prepared endlessly, and the actors move around so effortlessly and with a lightness that it begins to resemble a dance more than a fight. Not that such a comment should be taken as a negative, for above all else it impresses. There is great joy infused into these moments.

The irony is that the original Deadly Venoms seems to have earned a more lasting place in Shaw Brothers’ lore. Crippled Avengers is really not brought up very often. Let not the fact that it is ill remembered fool, anyone. It offers more worthy characters, a more mature and heartfelt story arc and fight choreography that surpasses the original by leaps and bounds.

‘Executioners of Shaolin’ is Everything a Fan Could Want

‘Shaolin Mantis’- Now that he learned the secret…he was ready to kill!