By retreading almost every aspect of 2015’s revival of the Rocky franchise, Creed, it’s no surprise that Creed II is a bit of a mixed bag. On the one hand, it contains some great fight sequences and training montages, with hype rap songs to really up the adrenaline. That same electrifying energy that pulsated through the original can be found with every shot of sweat glistening off muscular male bodies as they punch each other silly or foolishly slam sledgehammers into the Earth for “training.” However, in between all the male bravado of Creed II is its softer side, which falters between being overtly cheesy and sentimental, or far too subtle to evoke a feeling until it finally reveals itself. But much of what holds this sequel back is its doubling down on the idea of legacy and expectations from the first Creed — something that original film knocked out with no problem, while this one feels too cumbersome to achieve the same result.

After just winning the World Heavyweight championship, Adonis Creed (Michael B. Jordan) is challenged to a fight by Viktor Drago (Florian Munteanu), son of Ivan Drago (Dolph Lundgren). Fans will of course remember Ivan as the man who killed Adonis’s father, Apollo, in Rocky IV, which of course is what brought Rocky Balboa (Sylvester Stallone) and Adonis together in Creed. However, what once served as a way of bonding is now the basis of a rivalry. Adonis accepts Viktor’s challenge, and struggles to grapple with his personal life along with the severe life-threatening outcome that could result from a fight with a Drago. He cries that he “needs to do this” while the rest of the people in his life exclaim “No, you really don’t” to no avail. While such a dilemma has been a focal point of every Rocky movie, Creed II really emphasizes it due to all its leads being more fragile masculine figures. 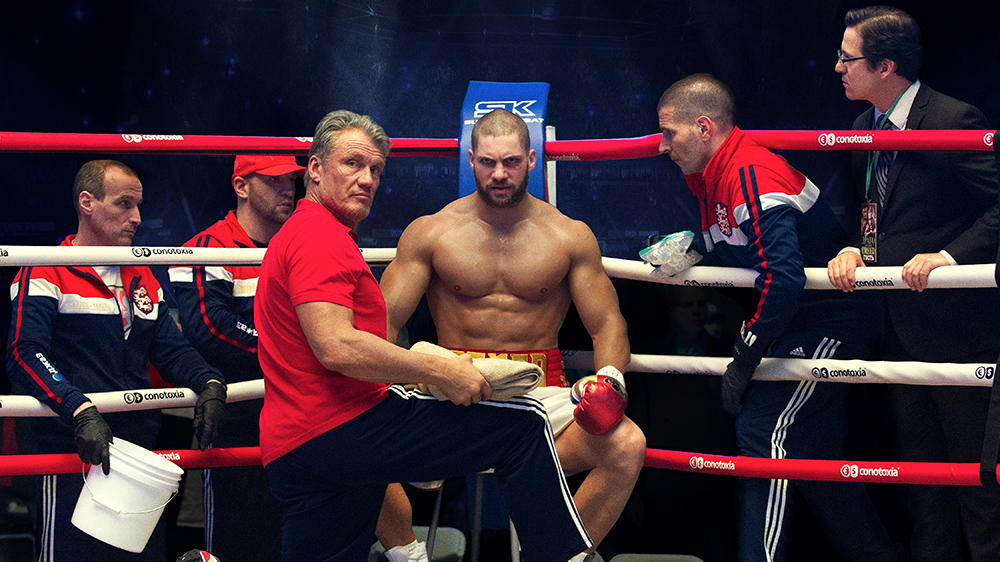 Rocky wanders throughout this movie spewing motivational posters and wallowing in Adonis’ turmoil. He also suddenly starts rambling about a grandson he’s never met, and the movie pretty much only brings it up to make Rocky sad — and subsequently, the viewer. The thing is, no matter how much I make it sound like emotional beats in this movie are forced, they still kind of work. The male-centric focus that the franchise always had in its corner is what makes some of Creed II‘s tender moments have more impact. Michael B. Jordan is such a perfect lead for a movie like this because he helps provide a sensitive side to a franchise built upon male toxicity. And that male toxicity is even more present here because of the reliance on Jordan to carry the movie.

Women are cast aside in except when they need to give Adonis some motivation to fight. When they try to talk sense into him by convincing him not to fight, the male ego kicks in and ignores them. This would make for an interesting idea to wrestle with, but director Steven Caple Jr. seems more focused on recapturing the energy of the first film rather than wrestling with new ideas. Thus, it makes sense that any neat dynamic between characters is tossed aside until Creed II‘s final breath. 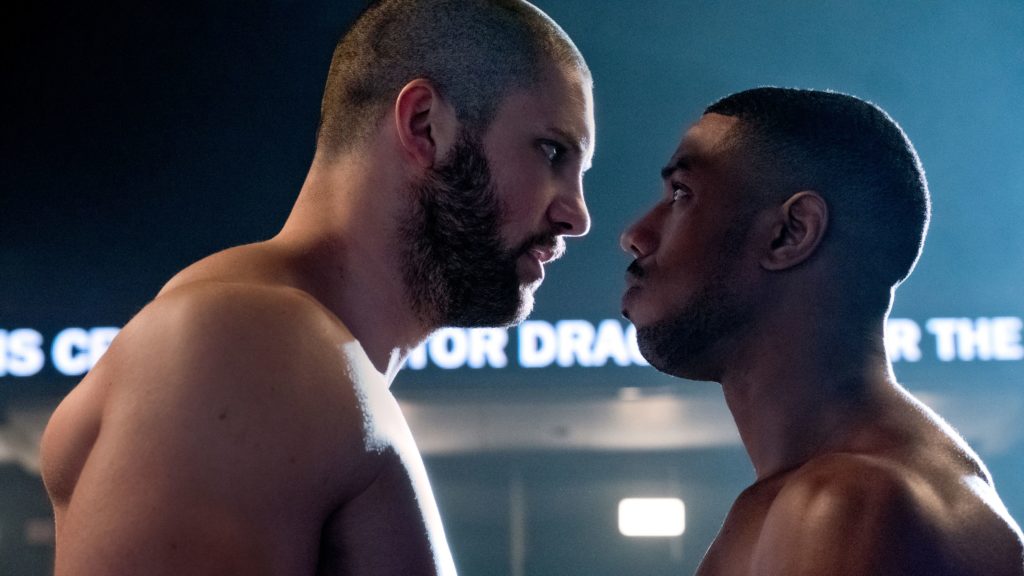 For example, Ivan and Viktor’s relationship has Ivan putting the expectations of himself and the entirety of Russia on Viktor, a young man who has the chance to bring Russia to the forefront of boxing. The movie lets his father’s aggressive training continue and turns Viktor into a character trapped in a role he isn’t 100% sold on, but never really explores this. The relationship between Rocky and Ivan is also hardly mined. This would normally make sense when you recognize that Rocky truly is a support character now, but because the film takes place in the Rocky universe, there’s a lot of baggage between the two older fighters that should be hashed out, yet is instead played down for a conflict between Viktor and Adonis — one that hardly feels justified when the real story is between Adonis and Ivan.

This is what holds Creed II back from being great. There are occasionally little nuances between characters like Adonis and Bianca (Tessa Thompson), but their relationship mostly evolves with big moments and not the little ones in between — which is what a lot of Creed II needed. It’s fun, and Michael B. Jordan gives it his all, but it’s hard to celebrate a movie that can’t stop looking backwards. The story sets things up for more of a forward-looking approach in a potential sequel, but it spends too much time dwelling on the past to find what that really means to its characters — and more importantly, what it means to the series. The last thing anyone wants is yet another rehash of the first Creed, but with Clubber Lang’s son.