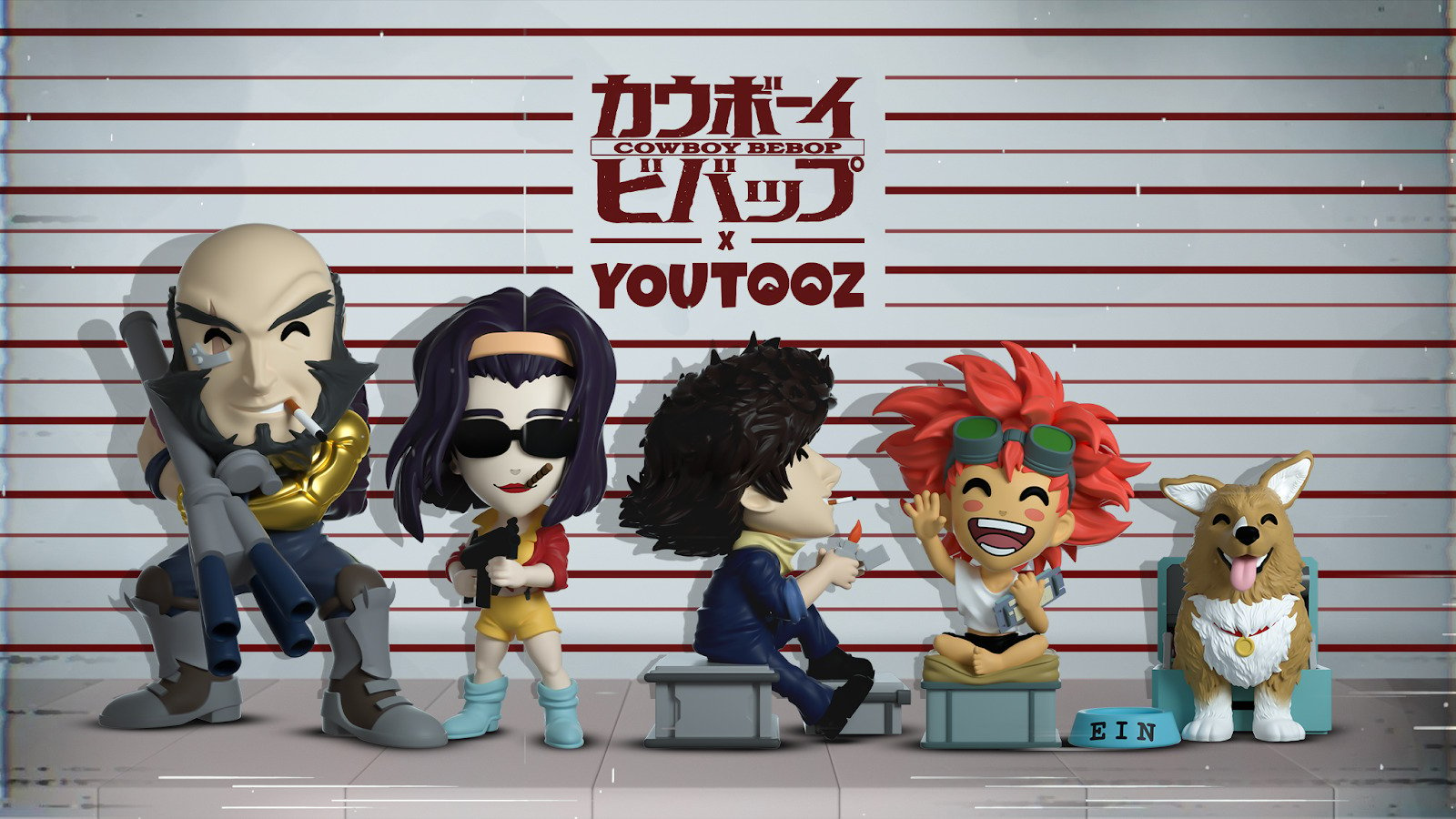 All Images Courtesy of YouTooz

Youtooz are once again bringing a beloved anime franchise into their line of vinyl figures, much like they did recently with the God of High School anime and manga. This time around, it is characters from the classic 90’s anime series Cowboy Bebop (a series that is considered a masterpiece by many) that are getting a Youtooz makeover.

The main characters of the anime- Jet Black, Spike Spiegel, Faye Valentine, Ed and Ein– are the ones who are receiving their own figures. Spike has a cool and unique seated position as he lights up a cigarette whilst looking to the sky whilst Jet Black wields an awesome but rather complex looking flamethrower. Faye gets a submachine gun along with a cigar and sunglasses for the ultimate cool girl look (smoking is bad kids) and Ed…well Ed is just Ed but he still looks great in vinyl figure form. Ein the corgi is also getting her very own vinyl doll and honestly that is all I needed to know to be sold on this. She is the goodest girl.

Have a read of the press release for the Cowboy Bebop Youtooz figures below as well a look at each characters figure.

“Cowboy Bebop is considered one of the greatest anime titles of all time, and we are excited to have had the opportunity to work with the Funimation team on this collection as our first anime drop with them,” said Austin Long, co-founder, Youtooz. “This collaboration will open the door to many new opportunities for Youtooz and showcase to our community that we’re growing into additional verticals that bring them joy online.”

Critics have touted Cowboy Bebop as a masterpiece, and the series is credited with helping to introduce anime to a new wave of Western viewers in the early 2000s.

These figures were developed as a part of a joint effort between Youtooz and Funimation.

“Funimation is thrilled to have Youtooz on board as a new collectibles licensee,” said Mitchel Berger, Senior Vice President, Global Commerce at Funimation. “Youtooz’s unique talent for capturing iconic memes and moments into a single, adorably stylized vinyl figure makes us really excited for the memorable moments fans will be able to collect for Cowboy Bebop.”

Youtooz has tapped into its buzzing online community to build a growing universe of limited-edition figures, plushies and more that capture the best moments of internet culture. To learn more about Youtooz and explore the joy of the internet, visit www.youtooz.com.

He-Man and the Masters of the Universe Ruled the ’80s