Color Out of Space stands out as one the best direct adaptations of Lovecraft’s work.

Even before a meteor streaks out of the sky, Richard Stanley’s Color Out of Space firmly establishes an atmosphere of alien, otherworldly dread. Opening on a fog-shrouded forest dripping with foreboding atmosphere, Stanley evokes the spirit of the controversial author in a way few filmmakers have, and the use of direct quotes from the short story further cements this as a love-letter to Lovecraft and his work. But Color isn’t just a slavish ode to the influential writer and his cosmic horror creations; the South African director also injects just enough of himself into the film to create something that builds upon the core of Lovecraft’s story, maintaining that kernel of pulp horror while introducing elements that feel wholly personal to the filmmaker. For this and many other reasons, Color Out of Space stands out as one the best direct adaptations of Lovecraft’s work, and one of the most engrossing genre movies this year.

The film by and large maintains the narrative core of the original, recombining elements to suit the change in medium, but staying quite faithful otherwise. Nic Cage stars as Nathan Gardner, who has moved his wife and two children to a secluded country home to get away from urban life. The Gardner family’s pastoral bliss is interrupted by a meteor that strikes their farm in the dead of night, and both their home and their very bodies begin to change soon after.

Unsurprisingly for a film with the hands of Lovecraft, Stanley, and Cage on the wheel, Color is often quite a strange experience, rife with disparate influences and odd touches. Nathan’s daughter, Lavinia, is a practicing witch, which is a story element that could only have come from Stanley, a magician himself. The Gardner family are also trying their hand at Alpaca farming — a bewildering plot element that feels like it could have been one of Cage’s notoriously eccentric fancies, right down to the brief lesson in Alpaca milking. Of course, Lovecraft’s passion for unknowable cosmic terrors is draped over all of this. There’s a wonderful atmosphere of dread and the unknown, about as pure an expression of Lovecraft as one could hope for in a contemporary setting. You’d think it would all make for a disjointed mishmash, but it all gels quite nicely, with the quirky family coming off as endearing more often than not.

Color Out of Space is one of the most engrossing genre movies this year.

There are a few distracting, odd moments, like Lavinia’s turn to self-scarring in a desperate ritual to avert disaster. It largely isn’t commented on, and her sudden appearance with arcane runes carved into her flesh doesn’t end up feeling like the important story or character beat it probably should have. Likewise, Cage’s performance is on the eccentric side, with odd mannerisms and a truly strange accent taking over as the Gardner patriarch begins to go off the deep end. But then, that’s half the fun when it’s Cage we’re talking about.

Like so much of Lovecraft’s work, Color Out of Space deals with the intrusion of the unknowable and alien into the mundane waking world. While other works have had this manifest in the form of eldritch space gods or croaking fish-people, Color instead uses an alien environment as the intruder. While Stanley clearly isn’t working with a massive budget, this idea is still used to create some stunning environments as the Gardner farm’s transformation progresses, with the climax offering some of the most engaging visuals in recent memory. There’s also some truly unsettling body horror, more gruesome and explicit than anything from the story, but an organic fit for the material. Color Out of Space is Stanley’s first feature-length fiction film in around fifteen years, and by all indications, he hasn’t lost his edge. For both fans of Lovecraft and the director’s own works, there’s much to see and love here. The visuals are breathtaking, the atmosphere sumptuous, and it’s Lovecraft to the core with just enough original madness thrown in.

Editor’s Note: This article was originally published on October 14, 2019, as part of our coverage of the Festival du Nouveau Cinema. Also, check out our podcast review of Color Out of Space, embedded below. 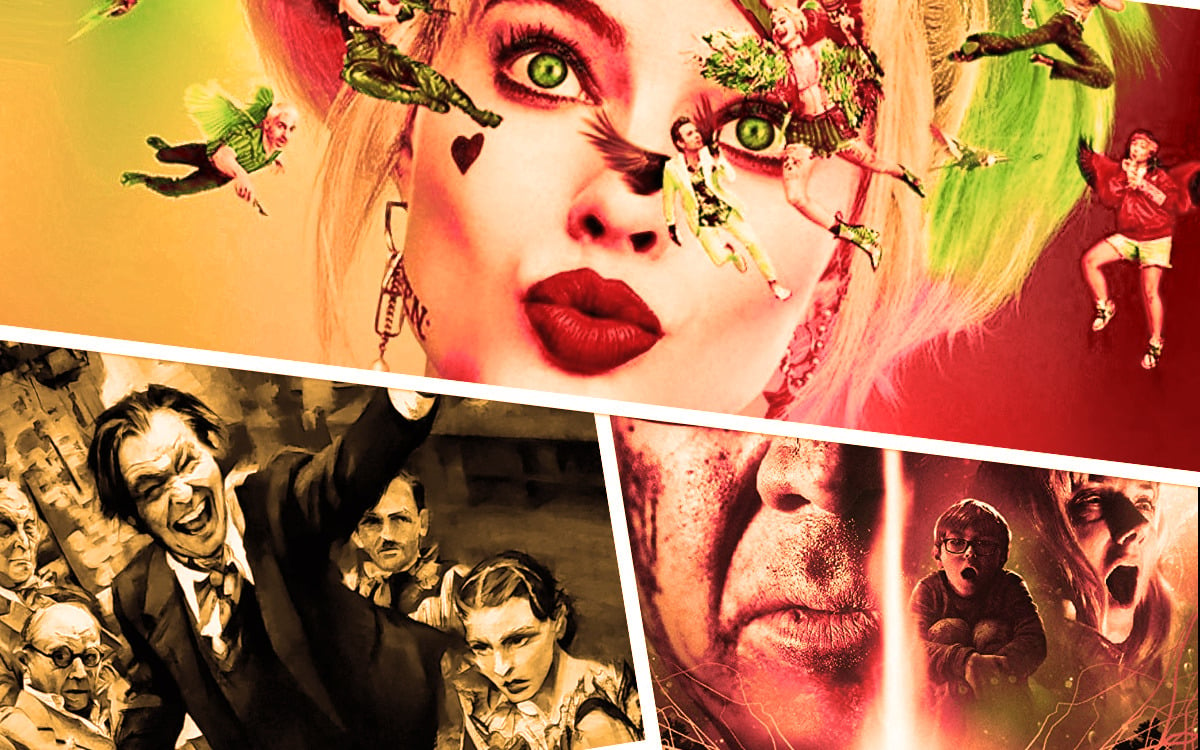 Best Film Posters of 2020 There’s an old saying that goes, you shouldn’t judge a book by its cover. The problem with movies, however,...

Gamescom 2020: The Lovecraftian Horror That is ‘Transient’

There were a lot of great trailers for all kinds of games during this year’s Gamescom. I’m going to be looking at some of...

Color Out of Space Podcast Review This week Rick and Patrick are joined by Goomba Stomp writer and H.P. Lovecraft fan Thomas O’Connor to...