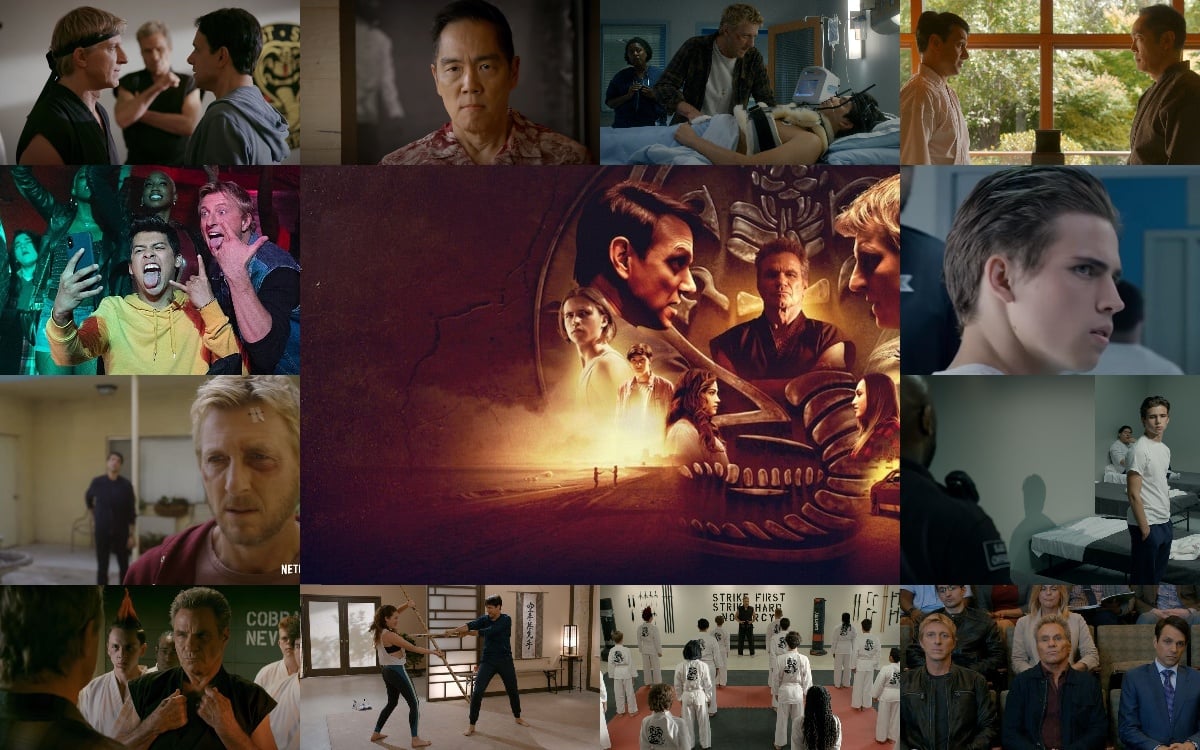 Two years after it first premiered on YouTube Red, the pop culture phenomenon is back, and thanks to Netflix, it doesn’t seem to be going anywhere, anytime soon!

Editor’s Note: There may be two minor spoilers below for anyone who hasn’t seen any of the promotional material.

After moving from YouTube to Netflix, Cobra Kai returns for a third season with its usual mix of action, comedy, and charm, and this time, it adds even more familiar faces from the beloved film franchise. If you were disappointed the second season chose to model itself after The Karate Kid Part III, you’ll be happy to know Season 3 is all about the original sequel. Yes folks, make sure to revisit The Karate Kid Part 2 before booting up the new season because you might want to refresh your memory on the events and characters of that film.

The first season— which puts a clever spin on Daniel and Johnny reversing their roles— is not only an entertaining dramedy that mixes nostalgia and teen angst, but it was one of the best shows of 2018; a smartly written and poignant drama and a prime example of how to reboot a popular franchise, the right way. Cobra Kai turned out to be far better than it had any right to be and in my book, it is one of the most binge-worthy shows in recent memory.

The second season, however, had critics divided. For the most part, it received great reviews but depending on who you ask, it either ran out of ideas quickly or it was a unique character study of two men going through midlife-crises. While I agree it’s nowhere near as good; flawed as it might be, I still whole-heartedly enjoyed Season 2, though not nearly as much as the first.

So where does Season 3 stand? Well, the short answer is, it’s not quite as good as the first but it’s a slight improvement of the second.

After a long wait since the jaw-dropping finale that left Miguel Diaz’s (Xolo Maridueña) future hanging in the balance, Season 3 kicks off two weeks after the epic high school brawl. Miguel is in a coma; Jonny (William Zabka) spends most of his days under the influence, and Daniel LaRusso (Ralph Macchio) desperately tries to locate Robbie (Tanner Buchanan) who escapes arrest after his roundhouse kick sent Diaz to the hospital. Needless to say, all four main characters are in a bad place, and making things worse is John Kreese (Martin Kove), who insists on making everyone’s lives miserable as he continues to take over the Cobra Kai dojo. As the conflict between the rival martial arts schools continues, Daniel embarks on a trip to Okinawa to save his family business. There he reconnects with some familiar faces: his former love interest Kumiko (Tamlyn Tomita) and his rival Chozen (Yuji Okumoto) both from The Karate Kids Part II. Not much happens during his stay there, but his side mission provides some of the best moments for Daniel in this new season, particularly when he and Kumiko reminisce about the late, great Mr. Miyagi, and Chozen teaches Daniel a few of Mr. Miyagi’s secret karate moves, that not even he knew about. Daniel’s brief reunion with each character allows him to do some soul searching and prepare him for what might possibly be his biggest challenge yet.

If the third season of Cobra Kai sounds busy, it’s because it is— only this time around, almost everyone plays a bigger role and every character is challenged, to varying degrees. Of course, giving other characters more screen time comes with a cost. For starters, some of the supporting cast remain one-note, and while Miguel, Sam, and Robbie remain part of the central plot, they are rarely driving it forward— and how can they, when Robbie spends most of the season in a juvenile detention center while Miguel remains either in a coma or paralyzed from the waist down. The good news is we get a killer prison fight for Robbie, but aside from his constant outbursts of anger, there isn’t much else for his character to do this season. As for Sam, she and her Miyagi-Do peers spend most of the season either fighting or running away from bad girl Tory (Peyton List) and the rest of the Cobra Kai clan in an escalating rivalry that gets more and more violent with each episode (I’ll get to that shortly). Of the supporting cast, I’d argue the best of the side players are the incredibly charismatic Demitri (Gianni Dacenzo) and the temperamental Hawk (Jacob Bertrand), who both show real growth throughout the season and offer plenty of emotional highlights. The other problem with the kids is that their loyalties keep shifting to the point where you’d be forgiven for forgetting which dojo is supposed to represent the good guys. And unlike previous seasons, it’s the adults who dictate most of what happens, whereas the kids are regulated to more scenes of action and far less drama.

I Heart Miguel and Jonny

Having said that, in my eyes, the two best characters in the series have always been Miguel and Jonny, and if you love them as much as I do, you are going to love Season 3. It’s not a spoiler to reveal that Miguel eventually wakes up from his coma and learns to walk again, but I was shocked at how good his rehabilitation scenes are this season. What could have been an extremely dark and depressing subplot, instead turns out some of the funniest moments of the series thus far. I was in stitches watching Johnny brainstorm some ridiculously unconventional physical therapy to help Miguel walk again, and I was on the floor laughing while watching Miguel teach Jonny how to use his laptop as he struggles to use the Internet and social media while trying to impress a special lady, he meets online. Seeing how the series was built around his character, it’s not a surprise that Zabka once again steals every scene he appears in, but in this round, Xolo Mariduena gives him a run for best performance as he goes through a rollercoaster of deeply complicated emotions. This is by far the strongest performance from the young actor, especially when you consider he’s deprived of the physicality that made watching him fight in earlier seasons so entertaining. Together, Xolo Mariduena and William Zabka share a chemistry that parallels that between Ralph Macchio and the late Pat Morita from the early films, making their journey the best subplot of the entire season— not to mention, we also get an amazing cameo from Twisted Sister’s Dee Snider, as the Jonny takes Miguel to an underground rock concert. Seriously, this scene rocks!

A beautiful spectacle of flying fists and whirling kicks

As you would expect, the season also provides plenty of relentless bone-crushing fights including a ridiculously non-stop, over-the-top, blood-letting brawl through a mansion on Christmas Eve. And while this climactic set piece isn’t as good as the school brawl that ended the second run, it is driven by one impressive continuous take which, is a triumph of fight choreography. Meanwhile, the fifth episode (arguably the best episode) features two meticulously choreographed fights with impressive edits that cut back and forth between the action taking place in two different locations. In another great sequence, Johnny and Daniel not only get into a car chase but find themselves fighting a half-dozen thieves in a chop shop. To say it’s one of the better action scenes doesn’t do the breakneck fight sequence justice; it’s so much more than that. The punches and kicks are so fast and well-executed, you won’t even want to blink. But what really elevates the fights this time around, is the urgency. Characters really do feel like they are in grave danger and the action is so relentless, you’d think the stuntmen needed stuntmen.

Fans of the original Karate Kid will be pleased to learn that the third season gives Ralph Macchio more to do. I know that might sound strange, since he’s one of two actors who gets top billing but between the difficulty in trying to save his car dealership, his attempt to save Robbie, his ongoing family drama, and his run-ins with Kreese, the stakes feel higher this time around when compared to the past two seasons. Even better, is his chemistry with Zabka. Whenever the two men share equal screen time, the show really lights up!

We need to talk about Kreese…

With Johnny leaving the Cobra Kai dojo at the end of season two, Kreese steps in and takes over, preaching his “No Mercy” ways and turning the students into vicious fighters. If you weren’t a fan of Kreese in season two, you might appreciate how the writers try and expand his involvement this time around by offering the sociopath a backstory via flashbacks that follow him as a young man serving in the Vietnam war. Via these flashbacks, viewers are given insight into his character and learn why he turned out to be so cruel and misguided. Personally, I wasn’t a fan of these scenes and feel they are the weakest part of this new season. I really don’t think viewers need a reason to sympathize with his character and I don’t think we needed any explanation as to why he’s so twisted.

Season 3 might be the most nostalgic season yet, and the closest to capture the tone of the original films with its craft and its patience. It’s precisely the sort of rousing, feel-good entertainment audiences have been craving all year, and with the stakes higher than ever, Season 3 will leave fans asking for more. Thankfully, Cobra Kai ends with the promise of a fourth season!

When Roger Ebert reviewed the original film, he called it, “an exciting, sweet-tempered, heart-warming story with one of the most interesting friendships in a long time”. I think he would say the same about the series. Cobra Kai is still one of the best shows around thanks to creators Josh Heald, Jon Hurwitz, and Hayden Schlossberg who clearly have an affinity for the original source material and understand how to deliver a sequel in the most creative way possible. This is no longer an underdog story— it’s a runaway success!

My only complaint about Season 3, is that it ended. 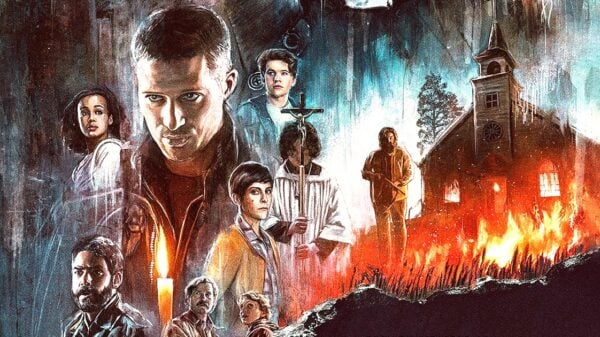 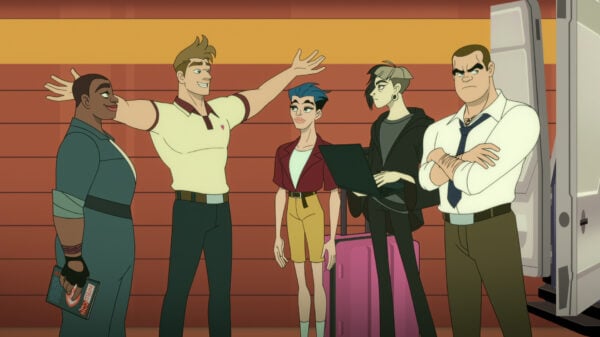 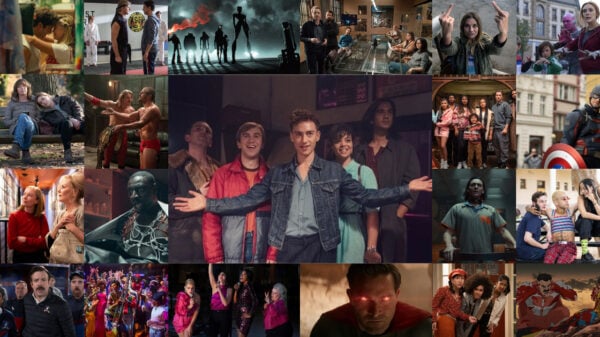