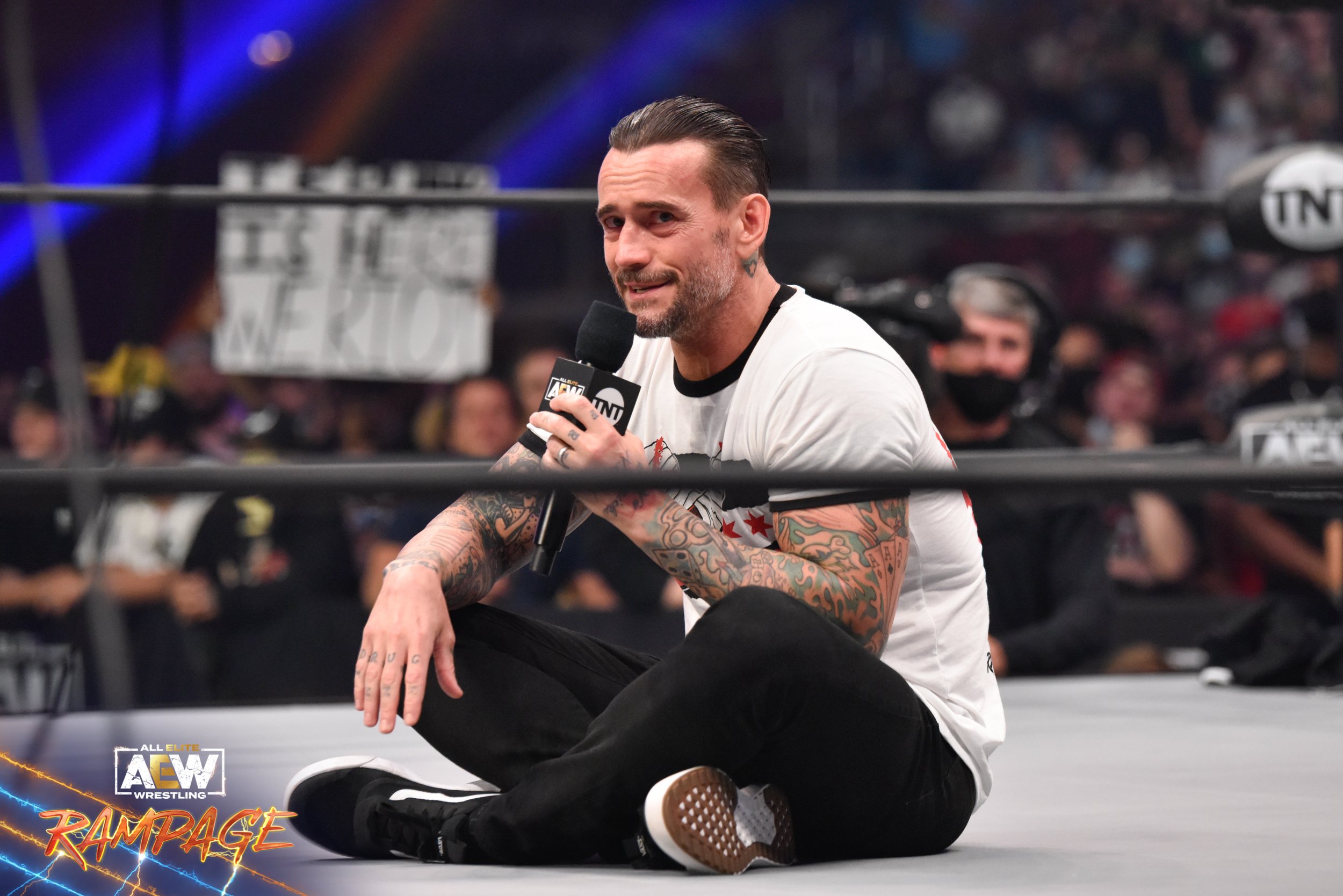 CM Punk’s debut at episode 2 of AEW Rampage -20th of August, 2021- was a predictable one. Despite it never being officially confirmed for the show, everyone knew. The arena in Chicago was packed and pretty much everyone there was present for Punk. After all, AEW themselves pretty much told us directly that Punk would be debuting on this day. It was all telegraphed.

I’ve already looked at why the debut was a big deal, that part wasn’t really up for debate. The notion that may be a bit more confusing is two-fold: One, why would AEW purposely spoil their biggest ever surprise beforehand? Two, did spoiling it actually make it better? Let’s break it down.

You barely had to be paying attention in the build-up to AEW Rampage: The First Dance to know that CM Punk would be there. The event was going to take place in Chicago, Punk’s hometown. The show was called ‘The First Dance’, both implying a debut and, with it being a reference to Michael Jordan, the debut in question being of a similar, yet Pro-Wrestling-level, pedigree. Also, Darby Allin included the phrase ‘Best in the World’ implicitly in a promo.

Tony Khan spent most of the previous weeks telling us that there would be something big happening. A few days before Rampage he was even declaring that it will feature their ‘Biggest Surprise Ever’. Considering that pretty much every wrestling news story in the time leading up to Rampage would in some way feature CM Punk rumours, TK’s ‘surprise’ was hardly like deciphering the Enigma Code.

It was hinted at to the point that if AEW didn’t deliver on Punk then it could’ve been genuinely damaging for the company.

Why Knowing About CM Punk Debuting Was A Good Thing

If CM Punk was to turn up on a random episode of Dynamite, Rampage, or even a pay-per-view, yes, it would’ve still been a big moment, but it would’ve felt the same.

Doing it this way meant that the most die-hard Punk fans in Chi-Town were able to see it happen. Having the largest crowd in AEW history, alongside the most dedicated fans too, created the biggest reaction pop the promotion had ever seen. It too meant that any fans who couldn’t be in attendance still had the chance to witness it from home while it happened live, rather than there be a chance of them missing what they may have considered a throwaway show -it worked as well considering that the viewership was up over 50% from Rampage’s debut the week before.

So, by hinting at the debut beforehand, AEW crafted a much better atmosphere for the occasion. Yes, a shock debut out of nowhere would’ve been crazy to witness, but sacrificing that was worth it, for the greater good.

Obviously, you can’t ignore the fact that it was also best for business. A shocking debut will get you a lot of extra eyes on the following show, by doing it this way, AEW got their new show, Rampage, off to a flying start. Not to mention they could sell considerably more tickets for the debut itself.

By hinting at CM Punk showing up, AEW not only helped themselves, but they created a much bigger moment too. Not to mention they majorly took the shine away for WWE’s SummerSlam.

Could AEW Get Away With Doing It Again?

That’s ‘again’, not as in debuting CM Punk again, but rather doing this approach of leaking news to build anticipation, again. In short, no. In long, nooooooooooooo. Alright, I’ll elaborate properly.

Contrary to what has just been said, surprise reveals are still a wonderful thing. Of course, they are -the Royal Rumble exists purely on the concept of surprise returns alone. However, variety is also good. So debuting Punk this way was a breath of fresh air.

It’s also not like anyone would’ve garnered the same level of revived interest as CM Punk. There are rumours of Daniel Bryan, Bray Wyatt, and Adam Cole all potentially showing up on AEW TV. While all three would make for huge acquisitions, they would be much more effective in showing up unannounced. CM Punk was the biggest potential return left in wrestling so there would be no point trying to replicate it. As good as everyone else is, in terms of potential fan reaction, the only way is down. Well, that felt like a negative way to end.

The Problem With AEW’s Mid-card

The Debut Of CM Punk In AEW and What’s Next