‘Close’ Is an Insultingly Forgettable Trifle

Netflix has been dominant as a streaming service for years, but 2018 saw the company finally become a serious distributor of original films. The year saw the release of an important new Coen Brothers feature, the grand yet intimate Roma, as well as the year’s best comedy, Private Life, in addition to multiple other noteworthy films. But Netflix’s dirty secret is that those esteemed picks are only a small percentage of its original output. For every To All the Boys I’ve Loved Before or Cam, there are ten anonymous thrillers and forgettable comedies. The narrative that Netflix has finally emerged as a maker of prestige films carefully elides the fact that most of what is on their site is utter tripe, the sort of films that people put on when they just want some background noise. The new bodyguard thriller Close belongs to this category of hopelessly inept films that crowd the streaming service. It marries the banal style of bad British TV thrillers with the abysmal production values of a straight-to-VOD sequel following a marginally successful action film.

Close stars Noomi Rapace as Sam, a bodyguard who specializes in protecting her clients in war zones. The film immediately delivers us into armed conflict, as her jeep races down a desert road. We don’t know much about Sam, other than that she looks perfectly cool, even as the two journalists in the back of the car appear frightened out of their minds. Rapace and director/co-writer Vicky Jewson focus on a clumsy shorthand to show just how much of a badass this character is. While hurtling toward her destination, one of Sam’s colleagues tries to get in touch on the radio. She briefly responds, then throws the handset down and ignores the rest of his questions, despite the fact that she’s in great danger, and keeping the lines of communication open seems vital. Sure enough, her car is stopped by trucks filled with rebels or terrorists or whoever they might be. (The film doesn’t care for distinctions about its Middle Eastern characters.) Her radio silence is a curmudgeonly response we’ve seen countless times, but usually it’s Arnold Schwarzenegger or Sylvester Stallone who are jeopardizing their missions with their steely silence. It doesn’t come off as a victory for gender parity when Rapace acts like a macho fool; it was dumb then, and it’s just as dumb now. 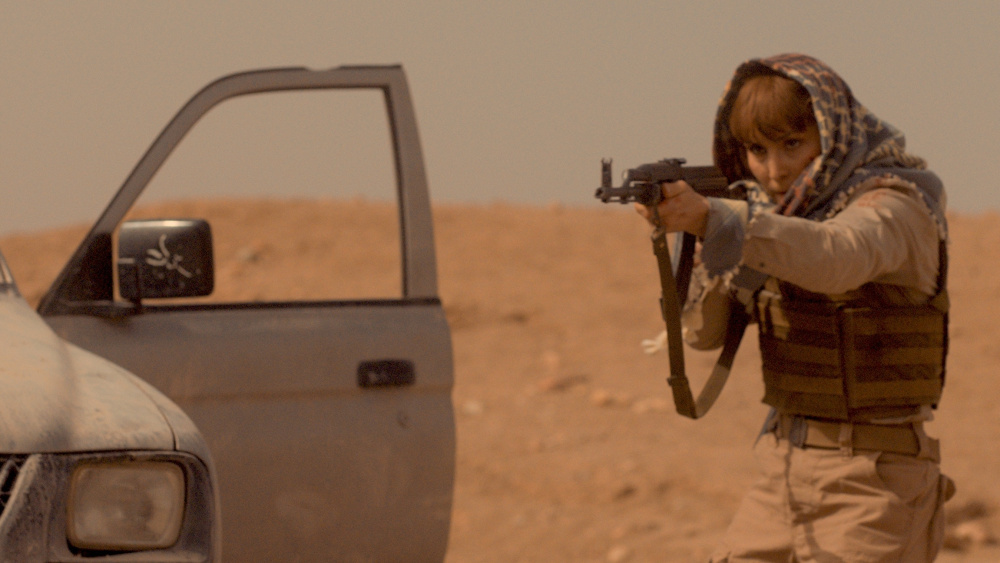 Despite the silly lead up to the desert gunfight, Sam is surprisingly resourceful in the way she fights back, which involves playing dead. With the job finished, she moves on to her next assignment: protecting a young heiress. Zoe (Sophie Nélisse) has recently suffered the death of her father, and her birth mother died when she was a child; her only living relative is her stepmother, Rima (Indira Varma), who now manages the family’s lucrative mining corporation. Again, Jewson engages in clumsy shorthand to show us how troubled Zoe is: we first see her as her previous bodyguard enters the room to find her shirtless and smoking a joint. Instantly, we know Zoe is a fan of risky sex and recreational drugs. These are worthwhile things to know about the character, and a more obvious exposition wouldn’t necessarily be an improvement, but the way these traits are signaled is so clichéd that it’s almost laughable.

It marries the banal style of bad British TV thrillers with the abysmal production values of a straight-to-VOD sequel to a marginally successful action film.

Inevitably, something goes wrong, and Sam is forced to watch after the bratty Zoe. We’re obviously meant to care about the girl after she’s nearly kidnapped and murdered, yet a callous comment about one of her family’s long-time body guards who was killed defending her destroys any such possibility. “That was his job!” she shouts over the phone at her stepmother, who seems concerned about the dead man. Varma’s character is supposed to fill the evil stepmother slot, but in a sign of the film’s failures, we feel more compassion for her than her stepdaughter. In fact, Varma is far more interesting than Rapace or Nélisse’s characters ever are. When her husband’s will is read — which gives complete control of the company to his daughter — she protests that the business has been in her family for generations. Instantly, I wanted to know more about her upbringing into a family that would bequeath its greatest asset to her husband, rather than their own flesh and blood. The line changes her from a gold digger into a woman who has had everything taken from her. By contrast, we know almost nothing about Rapace’s character, and what we know of Nélisse’s character doesn’t fit with her supposed trauma. 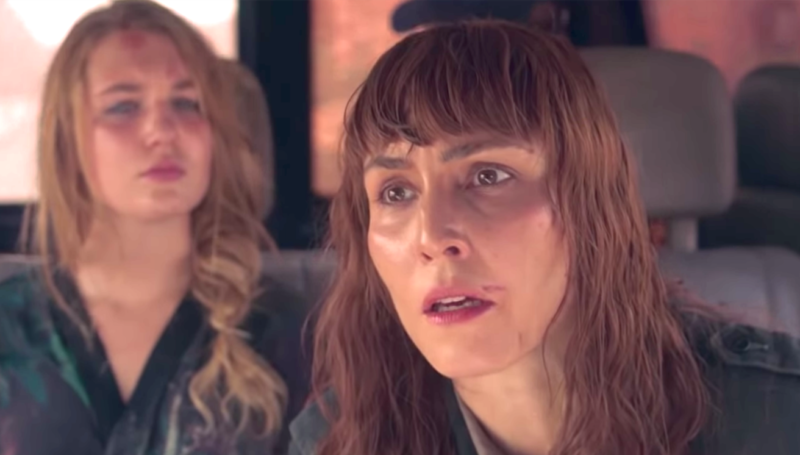 Close suffers from painfully pedestrian dialogue and a total lack of characterization, but it also manages to combine those faults with a lack of production value. A film about a body guard is necessarily going to have a lot of fight scenes, but they all look terribly schematic, as if the actors and stunt people are painting by numbers. There’s also a chuckle-inducing scene in which Rapace is fighting indoors with a man who’s trying to kill her and abduct Zoe. She’s thrown to the rug-covered floor, but the hard floor caves so much under her weight that it’s clearly a stunt mat. It’s a forgivable oversight, but the attacker is thrown to the floor on the exact same spot, which once again reveals the artifice. These issues could easily have been fixed with a different camera angle or a better mat, perhaps different fight choreography, or just through excision in the editing room, but the process seems to have failed at every step along the way.

Towards the end of the year, there’s a glorious time when, in addition to reveling in the best films of the year, some brave critics also list the worst. Close is a truly terrible film, but it won’t even earn a place on those lists. The spots are reserved for ambitious but disappointing failures, movies that come up short when they might have been so much better. Close is too half-assed to ever rate that high.

‘Split’ packs in the fun as it unleashes the beast

Terry Gilliam’s ’12 Monkeys’ is More Relevant Than Ever

20 Years Later: ‘High Fidelity’ is a Timeless Tale of the Solipsistic Hipster

The Other Promise: The Finality at the Heart of ‘Kingdom Hearts II’279 Total Shares

‘Kingdom Hearts III’ Re:Minds Us the End is Nowhere in Sight229 Total Shares

How Good was AEW Dynamite This Week? Genius Just About Covers It153 Total Shares