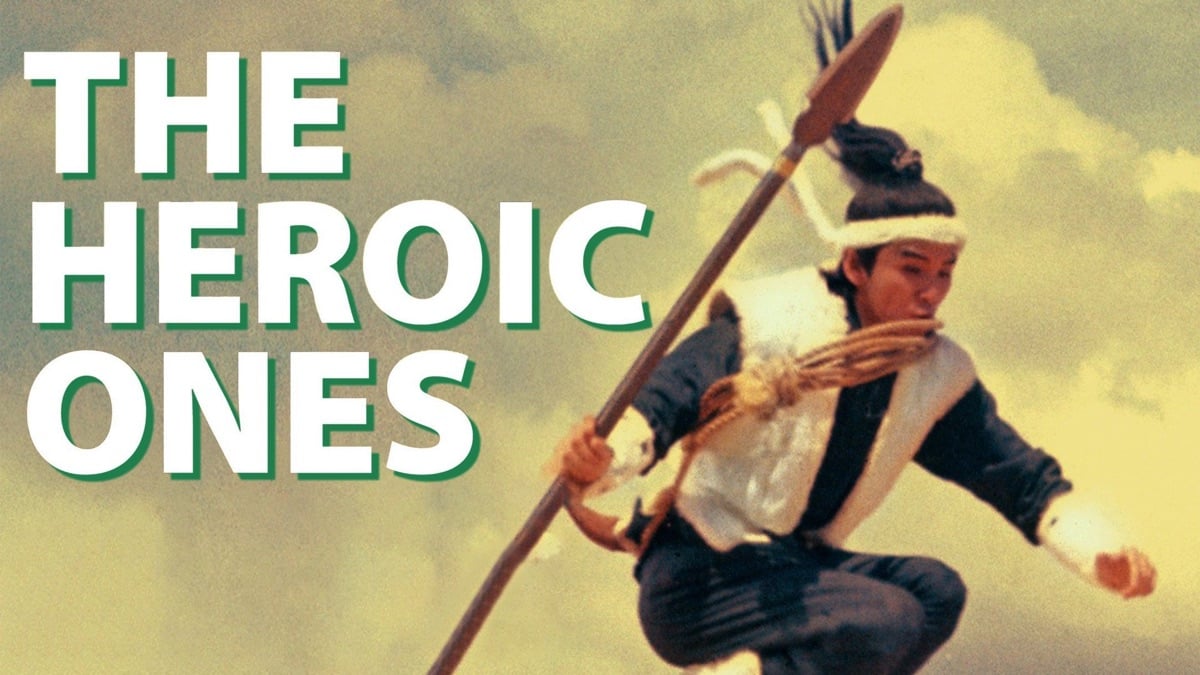 Shaw Bros. Spotlight: The Heroic Ones

Every so often one watches a film that simply must be accepted on its own terms if said viewer is to gain anything out of the experience. It has become all too facile to criticize a film for not being what the viewer wished it had been as opposed to analyzing what it is aspiring to and how. For example, not every single film will abide by the commonly understood principle that the audience needs someone to actively root for, a surrogate, a ‘good guy’ so to speak. A skilled screenwriter, director and cast can produce a solid film that tosses that idea to the wayside. That said, the film still needs to respect its own rules or adhere to some kind of logic, otherwise even the most open-minded viewer will start to doubt its quality. Director Chang Cheh attempts to rise to the challenge with one of his earlier feature-length productions, The Heroic Ones.

Heroic Ones shares the tale of 13 generals, ‘brothers’ as they call themselves, serving under a Mongolian king, Li Ke Yung (Ku Feng). At the start of the picture, they have already long earned a proud reputation as being the fiercest force in the land. Nearly unbeatable, they now strut, taunt and generally behave like a bunch of overly confident sore winners. They have known so many victories that almost any threat is to be mocked. In fact, when a rival army’s best warrior makes his way to their doorstep to challenge them, the 13th brother, Li Tsun Hsiao (David Chiang) needs only a few minutes and some rope to take him down decisively, much to the surprise of a visiting warlord, Zhu Wen (Chang Sing) with whom the king has a tenuous diplomatic relationship. Things do not improve when, after returning with his prey, Tsun Hsiao robs the Zhu Wen of his green belt, an affront for any diplomat. From there begins the greatest test the 13 brothers have ever faced, with enemies emanating from other factions and from the increasing sense jealousy felt by two of their own, Tsun Hsin (James Nam Gung-Fan and Chung Li (Wong Chung).

Arguably the most difficult challenge the movie throws at the audience, one that becomes evident right from the first few minutes, is that Chang Cheh’s picture is eschewed the option of creating any heroes that fit the mold of what a viewer traditionally associates with the term. The opening sequence in which warlord Zhu Wen is a guest at a dinner party held by the Mongolian king immediately reveals that the 13th brothers, all generals, hold very high opinions of themselves. They are a ruckus bunch, they poor wine down their throats like waterfalls and tease their guest. The king never asks that they suppress their abrasive behavior and, in truth, finds it quite amusing. After all, together they make him nearly invincible and have solidified his position. Even character actors like David Chiang and Ti Lung (as the 11th brother), both of whom typically play characters that are more recognizably heroic, are given unorthodox roles insofar as they too are cocky to the point of being annoying. Cheh’s only makes fleeting attempts at providing his two leading men with moments of true virtue. Blink and the moments have passed. As such, the title, The Heroic Ones, belies expectations, relating more directly to how they are perceived amongst their peers, by their mentor, and by themselves. Bluntly put, all other factions and clans who pose a threat represent the enemy and the 13th brothers do exactly what they must in order to squash the threat. Their heroism is more a question of stature gained through military might than character, which might not appeal to certain viewers.

That in of itself is not an issue per se. The moment that Tsun Hsiao takes Zhu Wen’s belt away purely for egotistical reasons is the first clear-cut sign that the story that follows might actually be fertile ground for Chang Cheh to explore the incurred risks of foolishly assuming one cannot be defeated. The movie is fairly competent at exposing the many errors in judgment that can arise after so much unbridled success, the most interesting angle being the burning jealousy felt by the 4th and 12th brothers, both of whom believe that Tsun Hsiao, being the last one accepted into their brotherhood, is looked upon too favorably by their king. Each is a little reckless, to begin with, in battle and during parties, but their plan to disrupt the harmony in the clan previously thought to be invincible is a reminder that success always breeds more success, especially the insatiable thirst for more of it. The first hour sets up the basic dynamics of the core group, followed by the second hour depicting its inevitable downfall. The more problematic aspect of the story is the illogical response to the down-spiral effect of Tsun Hsiao’s insult towards Zhu Wen. King Li Ke Yung is understandably enraged upon learning of the betrayal inflicted by brothers 4 and 11, yet the fact of the matter is that the spark that started the fire was Tsun Hsiao’s needless and insulting gesture towards their party guest. That is what firmly plants Zhu Wen as their enemy from that point onward, yet Tsun Hsiao remains the king’s beloved 13th general until the bitter end. It represents a rather gaping hole in the logic driving some of the character motivations which hinders the story’s overall impact.

Another criticism one can aim towards the film is the over-abundance of battle scenes. Even though this is an action movie, clocking in at two hours, there is a lot of fighting. A lot. Some of the encounters are creative in how the restrictions of the locales force the contestants to adapt on the fly, although there are plenty of sequences when the brothers simply enter a room or courtyard, hack down 30 guards, enter another room, hack down another 30 guards, hop onto a bridge and hack down more guards. As some would say, ‘mix, rinse then repeat.’ To use an analogy, it is akin to watching a wuxia video game. Granted, there were no such things as video games in 1970, so the analogy might seem misguided, but blame the early 21st-century video game-heavy culture for that. It would have helped if the choreography mixed things up somewhat but alas, such is not the case, and therefore surprisingly enough for a Chang Cheh film, the action redundant and overused.

From a visual standpoint, The Heroic Ones is magnificently shot on a wide-angle lens. Chang Cheh takes full advantage of the panoramic framing to include as much content as possible into each shot. Sometimes is merely for decorative purposes, such as during the several performances by female dance troops during dinner parties (which themselves help expand the culture of the world these people lived in), other times to highlight the tactical prowess of the fighters as when Shih Ching Szu battles an onslaught of enemy guards with a spear, whirling and thrusting the weapon around the entire frame of the picture. It feels like director Chang really planned many, many scenes specifically for the widescreen lens and as a result, much of the film looks spectacular.

Chang Cheh would go on to make better films based on better scripts, of that there is no doubt. The Heroic Ones would have trouble holding a candle next to his other fondly remembered classics like Golden Swallow, Crippled Avengers, and Blood Brothers. Even so, there is little denying that it looks fantastic and, despite a few miscues in the script, presents a uniquely dour tale of how ambition and overconfidence can destroy even the strongest of bonds.

‘The Thundering Sword’ Features a Fantastic Showcase for Chang Pei-pei