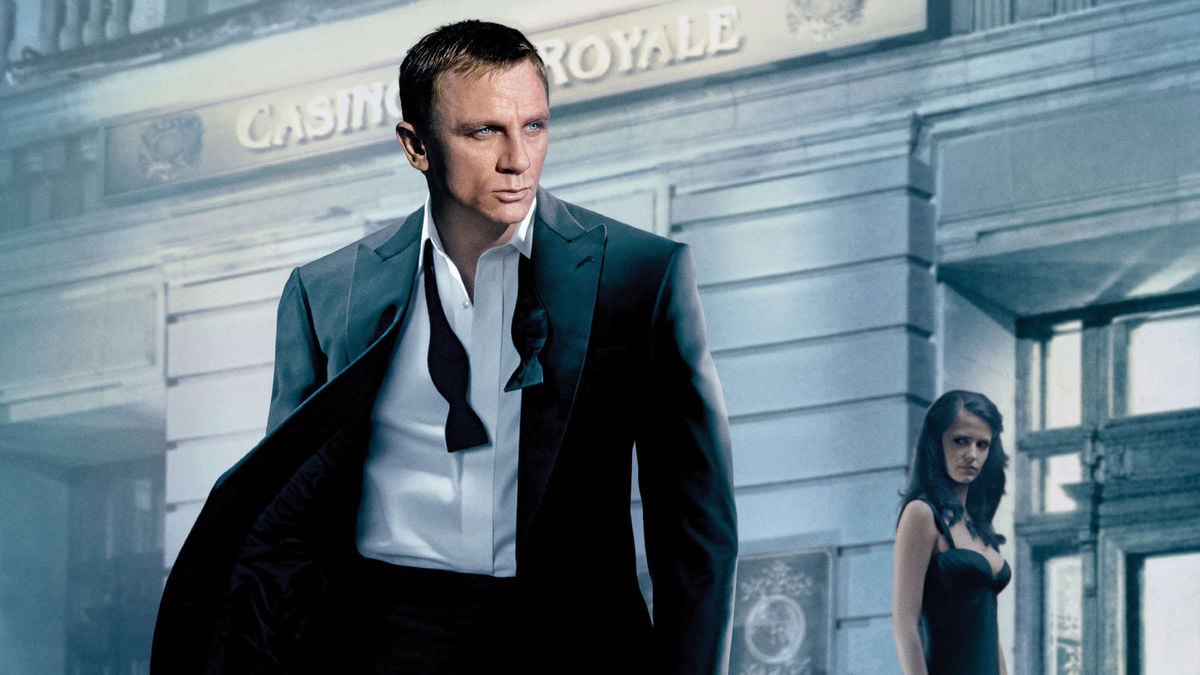 After Pierce Brosnan’s first turn as superspy James Bond in Goldeneye, the series saw increasingly diminishing returns. Tomorrow Never Dies, The World is Not Enough, and especially Die Another Day were each increasingly weaker than their predecessor, and it became clear that Bond needed a shake-up. Enter Casino Royale.

Seemingly inspired by Christopher Nolan’s more grounded take on the Caped Crusader in Batman Begins, Casino Royale stripped 007 down to his base attributes, jettisoning the silliness and outlandishness that had come to define the franchise for more than a decade.

Gone were the sex puns, ridiculous gadgets, and monologuing villains of previous entries. These signature elements were replaced by a renewed focus on realism and a gritty, nasty tone that had Bond acting more like an anti-hero than ever.

For instance, Casino Royale begins with an adrenaline-pumping foot chase through the streets of a Madagascar city. As his asset begins to use impressive parkour maneuvers to escape from Bond, the superspy must use his wits to get a bead on the criminal. Cutting the lines on hydraulic lifts and smashing his way through locked doors, it’s clear immediately that this is a very different James Bond from the one we’re used to.

Even if you hadn’t gotten this inkling from the brazenness of 007’s approach during the chase, you certainly get it when he finally catches up with his mark at the embassy and kills him in cold blood, causing an international incident in the process. As he’s sent off to the Bahamas to cool his heels by an outraged M, Bond continues his mission in secret.

Casino Royale continues to subvert our expectations from here, as the spy himself is given the smoldering reveal of coming out of the water at the beach. Here we see a Bond who would genuinely scare the crap out of you if he got in your face. Daniel Craig is positively jacked as 007, and this adds thick layers of muscle to the physicality of the film, making the audience genuinely believe that Bond is capable of the many impressive fight and action sequences he scrapes his way through here.

And boy, oh boy, are they impressive. A mid-point set-piece at an airport sees James desperately trying to stop a terrorist from blowing up an airplane, even chasing him under a landing plane that blows several cop cars away with its massive gusts of air pressure. It’s a tremendous sequence.

Still, the best of it comes at the end when the terrorist seems to have gotten away as Bond narrowly stops the leaking, smashed-up bomb truck from hitting its target. As the smirking villain detonates the bomb anyway, we see James’ small smile emerge, and the terrorist realizes Bond has attached the bomb to his pants. As 007 smirks grimly, the bad guy explodes, and the audience is having the best time they’ve ever had in a Bond movie.

Casino Royale positively glows in moments like this, which are numerous in the fantastic script from Neil Purvis, Robert Wade, and Paul Haggis. Meanwhile, director Martin Campbell nails it consistently through the 2.5-hour runtime, keeping the viewer always on their toes along the way.

This is without even mentioning the rest of the cast. Aside from Craig’s icy portrayal of Bond, we have Mads Mikkelsen as Le Chiffre. Brutal, cruel, and utterly sadistic, Mikkelsen, best known for playing nasties like Hannibal Lecter and One-Eye, is just the man to stand toe to toe with this rugged new Bond.

The centerpiece of Casino Royale sees the two playing brilliantly off of one another in the highest of high-stakes poker games. As they quip, scheme, and make witty repartee, each hand increases the tension, and yet another incredible action sequence unfolds in a stairway fight scene with an assassin.

There’s also Eva Green to consider. An actress who has made a career off playing sultry sexpots in The Dreamers and Penny Dreadful, she also has the acting chops to make you like and root for her, even when her inevitable betrayal is revealed during the finale.

Finally, the charismatic Jeffrey Wright plays Bond’s CIA counterpart. His presence, often delivering exposition with his superb diction and incredible voice to keep the audience up to speed, is vital. This feature is especially beneficial for non-gamblers during the card game in the eponymous hotel. Not everyone plays poker, and it’s hard to understand what’s happening if you don’t even know the rules.

A clean slate for Bond is the best gift that Casino Royale offers the superspy, though. With no movies taking place before it in the timeline, this origin story can go for broke without fear of upsetting longtime franchise fans while also making a compelling entry point for those new to the franchise.

Bouncing back after one of the worst movies in your decades-long franchise is no mean feat, and Casino Royale doesn’t just pull it off; it does so with a magnificent flourish and the type of brash confidence that would make Bond himself blush. Easily one of the top 5 Bond movies ever, Casino Royale is in regular rotation on TV even today, and it’s worth a watch every single time it pops up.