It’s almost criminal how aggressively Jessica Hausner’s English-language debut, Little Joe, works to drain the fun out of a juicy exploitation premise. Hausner has crafted a fine body of work over the past two decades, but her stately, austere style forms an odd mash with this material — an arch, high-concept sci-fi comedy which is intentionally light on laughs and thrills. Essentially, it’s a gender-flipped riff on Frankenstein, Invasion of the Body Snatchers, and Little Shop of Horrors.

Emily Beecham plays Alice, a plant geneticist who heads an operation to produce a radical breed of plant theorized to have anti-depressant effects. At first, the experiment seems to be working perfectly according to plan. However, those impacted by the flower’s scent begin to become eerily committed to the survival of the plant, and with time, the victims grow increasingly desperate to ensure that the plants flourish at any cost. Are the plants truly omitting a dangerous chemical which de-humanizes those who consume it, or is the populace too afraid of a radical new medicine that they are beginning to hallucinate? Alice initially comes to the latter conclusion, but when her young son, Joe (Kit Connor), comes into contact with the pollen, her fear of her own creation takes over.

Any sense of tension, however, is crushed by Hausner’s hermetically sealed, not-a-hair-out-of-place aesthetic, which combines stilted performances, pastel colour-coding, and static compositions into a sluggish procession of airless tableaux. Actors are posed like statues within these self-consciously artful frames, made to stand stock-still as they deliver their ridiculous dialogue with a deliberately affectless flatness. The set design is artificial in a cold, antiseptic way, with the immaculate minimalism of the locations adding to the chilled distancing that the film pursues for no discernible purpose other than to position the arthouse-courting Hausner far above traditional genre pleasures. The vaguely camp, comic tone the film manufactures has the effect of undercutting the importance of everything on screen; the comedy does not poke at anything other than the scenario’s inherent ridiculousness.

Alice is codified as an independent women demonized for her roles as boss, innovator, and single mother. Her dedication to her work renders her an absent figure in the life of her pre-teen son, and upon hearing her concern that he is changing, she is met with the disapproval of her co-workers, who suggest that a more competent parent would recognize his behaviour as simply the onset of adolescence.

The realization that Alice’s project has grown drastically wrong also leads to the ingrained sexism of the workplace to surface. The problem, however, is that a bunch of potentially interesting ideas are tossed, and no strand is sufficiently fleshed out or brought to a meaningful conclusion. At some points, the film seems to be seeking a critique of the ethics of the pharmaceutical industry — who similarly produce mood-altering chemicals for the sake of amassing profit — and at others it shoots for an ecological approach, suggesting the notion that the natural world we have exploited for our own benefit is finally fighting back en masse. When subjected to an in-depth reading from any theoretical angle the feature invites, Little Joe reveals its shallowness. As a result, the film feels simultaneously over-stuffed and undercooked. In trying to be about a bit of everything, the film ends up saying nothing.

On a more basic level, there are some serious issues with the central premise; it’s never made clear, exactly, how the plants affect their victims. In some cases, the toxins cause the infected party to reveal their deepest, most intimate secrets, while others just act like mindless zombies, and some behave like performative parodies of themselves. It is difficult to invest in a diegetic world whose contours have been sketched so vaguely. Little Joe represents all of the worst characteristics of the nascent trend of ‘elevated horror.’ It sets up a genre premise, but withholds suspense and shocks in favour of maintaining a one-note atmosphere of eeriness, which acts as a shortcut to instant respectability. 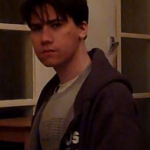 ‘The Whistlers’ Updates Noir to the Age of Digital Surveillance

Whereas Arnaud Desplechin found his unique artistic vision smothered by the conventions of the police procedural in his middling Oh Mercy!, Romanian filmmaker Corneliu Porumboiu...

At first glance, Sorry We Missed You may appear to be merely a re-tread of Loach’s 2016 Palme d’Or winner; both films focus on...

Terrence Malick’s majestic A Hidden Life is orchestrated around dialectical clashes — the physical vs the metaphysical, inner integrity vs external honour, and individual...

Robert Eggers delivers on the promise of his acclaimed 2015 slow-burn horror The Witch and then some in The Lighthouse, an altogether more playful,...