The fat lady’s sung, hell has frozen over, and shoes have been eaten — a good Transformers movie has finally arrived, and its name is Bumblebee. Now, to say it’s better than previous Transformers films would be selling the movie short; you could point to any number of things wrong with the Michael Bay Transformers movies, from stilted dialogue, nauseating action sequences, to convoluted plotlines. However, Travis Knight, director of Kubo and the Two Strings, managed to avoid all of this by focusing on the basics. Bumblebee divorces itself from these previous installments and focuses on a standalone story, which while nothing revolutionary, succeeds in its own right.

Set in 1987, Bumblebee uses the classic movie premise of ‘a boy and his dog’ — but this case it’s a girl and her giant transforming combat robot. Despite the 80s setting, Bumblebee refrains from cheap and easy nostalgia bait. The tone, style, and narrative all feel as if they use the 80s as a guide, rather than a crutch. Bumblebee’s straightforward simplicity draws on the 80s movie formula by keeping the story simple, yet engaging and relatable; everything you need to know gets set up in the first ten minutes. Autobots good, Decepticons bad, Earth in danger. This exposition happens through tight dialogue and fantastic visual cues, not extended backstory monologues or convoluted MacGuffin chases (to the viewer’s benefit).

Bumblebee opens with a visually thrilling action sequence on Cybertron, home planet of the Transformers. The movie thrusts viewers into the middle of a civil war, and thankfully doesn’t waste time getting bogged down in specifics. Audiences immediately understand the high-stakes conflict and what kind of threat the Decepticons pose. The Autobot resistance is on the run, its members scattered across the galaxy, and so Optimus Prime, leader of the Autobots, tasks B-127 with securing Earth as a rendezvous point for the rebels to regroup on. Once he lands there, however, B-127 gets ambushed by a Decepticon agent who nearly kills him. After a vicious fight, B-127 emerges victorious, albeit very badly scarred. Before he collapses from his injuries, he manages to take on the shape of a nearby 1967 Volkswagen Beetle. 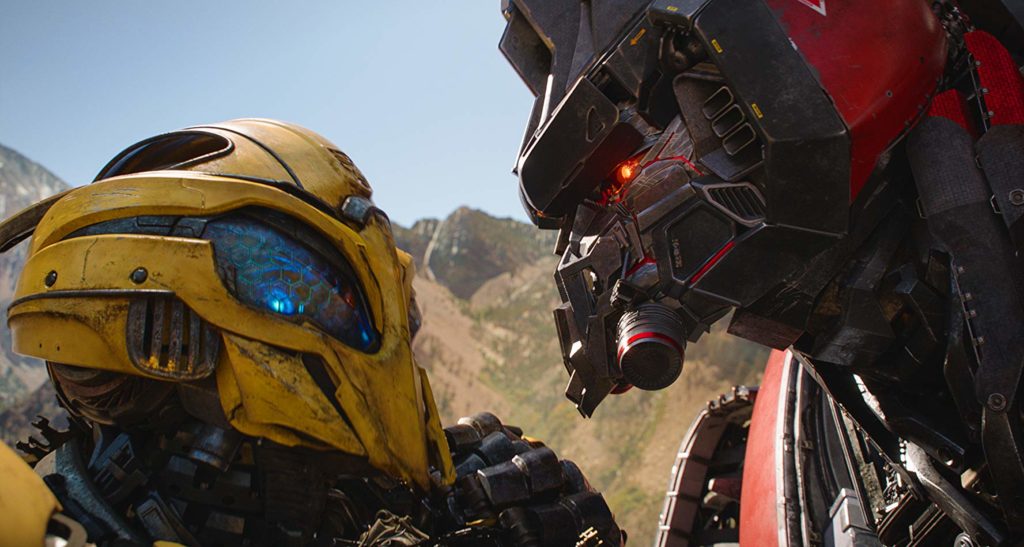 True to form, this leads to the introduction of our main character, Charlie Watson (Hailee Stanfield). Like the 80s heroes that Charlie takes after, things just aren’t going her way. Her job sucks, her family sucks, and, well, everything sucks. A surprise discovery at her uncle’s scrapyard quickly turns Charlie’s world upside down. After repairing a broken-down Volkswagen Beetle, it transforms into the amnesiac B-127, whom she befriends and nicknames “Bumblebee.” Trouble naturally follows the pair, as both the US government and Decepticon agents rush to track down the fugitive Autobot.

On paper, this sounds like every other Transformers movies to come before. The key difference this time around is that Bumblebee puts the characters first and foremost. As George Lucas once ironically said, “Special effects are just a tool, a means to tell a story. People have a tendency to confuse them as an ends themselves. A special effect without a story is a pretty boring thing.” With Michael Bay at the helm, the Transformers cinematic franchise was a cacophonous mess of jumbled action and flat characters. Travis Knight stripped away the fluff and focused on what truly matters to a movie. Bumblebee’s plot stays simple and snappy, the action has a satisfying weight, and the main characters are both likable and relatable. It also has a sense of humor that allows it to gracefully shift between levity and seriousness as the moment calls.

The plot might be predictable, but its execution certainly isn’t. Most indicative of this are the excellently shot action sequences. Combat moves with a satisfying weight from one step to the next, while the sleek and colorful designs of the robots help distinguish the action — a notable improvement over previous Transformers movies. You never get lost in the fighting, which lets you appreciate the choreography and use of transforming all the more.

Bumblebee’s narrative follows a similar philosophy. By keeping the story grand in scope but small in scale, the movie doesn’t rely on sensory overload to sell itself. A small cast means that Bumblebee never gets too muddy with the details. Every faction has clear goals that stay consistent and relevant through the entirety of the movie. Not once do you question “Why is this happening” or “Who is that again,” and while the stakes at hand may be of galactic proportions, the plot always returns to Bumblebee, Charlie, and their friendship. Their dynamic serves as the emotional heart of the movie, and the film does a wonderful job of cultivating their relationship, making you care about what happens to them.

Charlie embodies the 80s punk aesthetic to the T: she wakes up jamming to her tapedeck, rocks black sleeveless shirts, and sports an appropriately messy mop of hair. Like Marty McFly and Daniel LaRusso, Charlie’s underdog story makes her a character who we want to succeed. While Bumblebee himself may not have an arc quite as interesting, his distinct personality still makes him an endearing character. Bumblebee stumbling into Charlie’s life provides that much needed change to her dull routine, while also coming with its own set of challenges. This premise might be something we’ve seen dozens of times over, but that doesn’t make it any less fun. 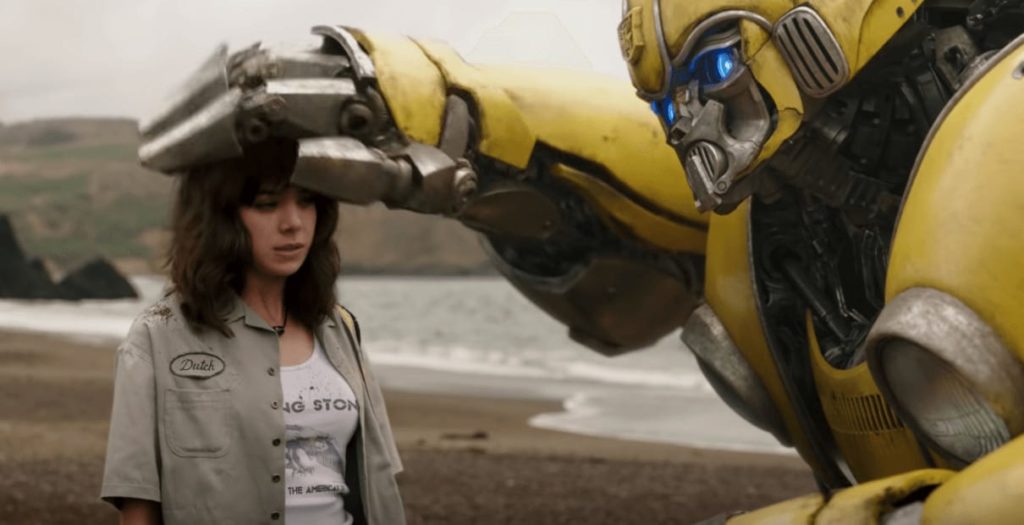 The movie isn’t without its faults. While the 80s nostalgia and simplicity largely work in Bumblebee’s favor, it does overplay it a few times. Some characters, like John Cena’s meatheaded army general or Charlie’s love interest, feel tacked on as gags; a few laughs don’t make up for the fact that their characters are largely inconsequential. The movie also has its fair share of eye-rolling moments. One in particular comes to mind, which involves an utterly ridiculous traffic chase scene that stretches even movie logic. Nothing ever takes you out of the film, but it does earn a questioning eyebrow raise now and then.

All that said, Bumblebee might not be groundbreaking, but it didn’t need to be. All it really had to do was remind people that giant fighting robots could still be entertaining to watch. More than punk music or poofy hair, Bumblebee remembers one of the most important things from the 80s: how to have fun.

Games That Changed Our Lives: ‘Kingdom Hearts’ Showed Me a Whole New World

‘Mother’ Features One of South Korea’s Most Compelling Antiheroes

‘I Saw the Devil’ — One of the best South Korean Thrillers

‘Oldboy’ is the Ultimate Revenge Thriller