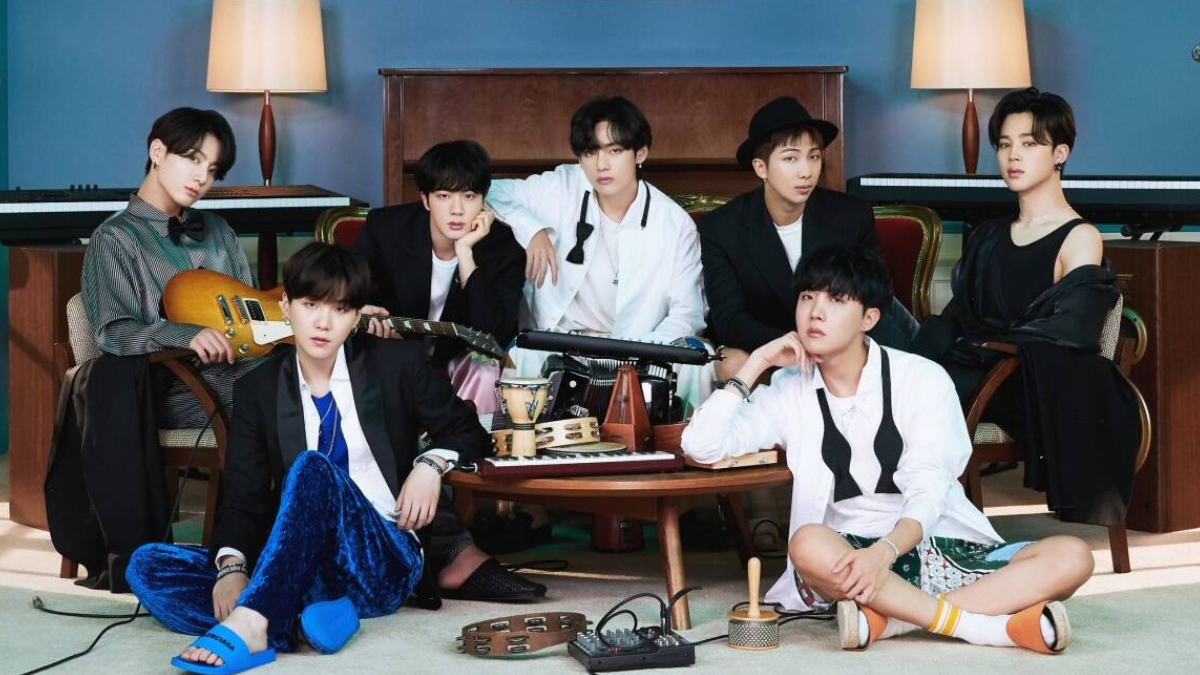 BTS’s new album finally released today- November 20th– and it is a refreshing look at the various coping mechanisms of both the band themselves and the world as a whole during the COVID-19 pandemic that has swept the globe this year. Despite the subject matter, it’s not all doom and gloom with BE. There are hip hop tracks as well as alternative pop tracks that help to encompass the various emotions that the band- and people in general- have felt in these unprecedented times.

“Life Goes On” is the headlining track from the album with an alt hip hop vibe that demonstrates the sudden fear and confusion that we all felt when the pandemic starting forcing us into quarantine back in March this year. It also relates to BTS’s personal disappointments that occurred (their “Map of the Soul” World Tour was cancelled) and they harken back to their 2016 song “Spring Day”- about making it through the harsh winter to emerge in the new beginning of spring- to do so. The opening of the song translates from Korean as “One day, the world stopped/ Without any warning/ Spring didn’t know to wait/ Showed up not even a minute late”. I really like this opening as it conveys the idea that even though for us the world stopped turning when the pandemic took hold, to the natural world and the seasons, life goes on. And so it does, as the song title emphasises. The chorus of the song also highlights this idea “Like an echo in the forest/ The day will come back around/ As if nothing happened”. Eventually, this will seem like a distant memory. A considerably painful one, but a memory nonetheless. “Life Goes On” provides a much needed message. It doesn’t take away from what we have gone through because of this pandemic- and what we are still going through right now- but it does give us the hopeful message that we will go back to normal someday.

Other songs on the album include “Fly To My Room”- a R&B slow jam that looks at the frustration that the band felt within quarantine but how their bonds with each other strengthened because of it-, “Blue & Grey”- a sombre pop ballad that reflects the bands feelings of not being enough despite their worldwide success and having to conceal these feelings- ,“Telepathy”-an upbeat song acknowledging that we are still with the band even though we are physically apart-, “Dis-ease”- a hip hop track that sounds like their old school material about the constant uncertainty of the world at the moment but with a positive message about “throwing away the fear”-, “Stay”-  an electronic EDM tune for the BTS ARMY acknowledging how much the group are missing their fans- and of course “Dynamite” which I’m sure you’ve heard a million times over by now.  These songs all demonstrate a different genre but they are all connected in that they manage to relate to the pandemic in some way. This utilisation of different musical genres reflects the differing ways that we as people can view the situation. It is okay to feel sad about it and wonder when you will feel happy again- as “Blue & Grey” suggests- but it is also alright to think of the positives and look to a happier future- as with “Dis-ease”.

BE is a versatile and well-made album that is able to capture all the different emotions that the COVID-19 pandemic can create within us. Though only short, the album makes the most of every second and uses its time perfectly- even with the adorable “Skit” that is just a recording of the group chatting in their native Korean. BE manages to be honestly sombre and optimistically uplifting all at once but the main message that runs throughout is a simple one: no matter what, we are going to be okay.

BE is available now!