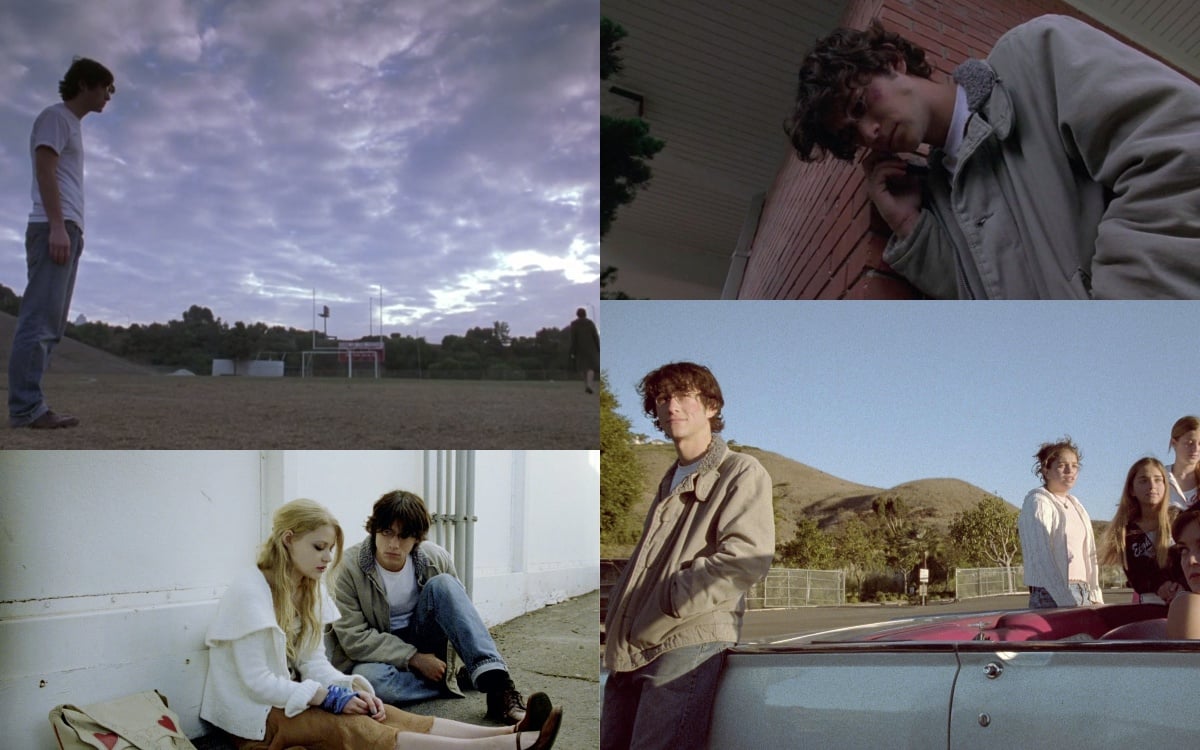 Brick, which hit theaters in April of 2006- 15 years ago this week- is best known today as the directorial debut of Rian Johnson and the first major movie starring role for Joseph Gordon-Levitt. It’s fondly remembered as a film that mastered a tricky tone with a striking visual style, therefore rising above what would have come across as a high-concept gimmick in less skillful hands.

The film, written and directed by Johnson, took the tropes and tone of Dashiell Hammett detective fiction from the 1930s and set it in a contemporary high school in suburban California. Johnson famously made the film with a low budget and edited it himself on a computer, back in the days when editing software and computing power wasn’t close to what it is now.

Most high school movies outside the horror genre don’t begin with the hero discovering the body of his former girlfriend, but Brick does. Brendan (Gordon-Levitt) is the high school detective, while Emily (Emilie de Ravin from Lost) is the murder victim. The plot follows Brendan through various tropes of the film noir genre, including a femme fatale (Meagan Good), a crime kingpin (Lukas Haas), and an ending of unexpected darkness.

The film’s opening gets it off to a fine start, introducing both Gordon-Levitt and the tunnel, which is going to be an important location throughout:

The tunnel comes up again in these scene, in which Brendan confronts his antagonists, leading to shocking revelations and even more shocking violence:

Then there’s this chance scene, which did wonderful things with the sounds of footsteps:

Brick may not have many scenes that look like traditional high school movies, but it does have one, this fight in the high school parking lot:

Then there’s the ending, which reveals the film’s secrets in a way that’s simultaneously thrilling and heartbreaking:

Johnson has spent his career flouting genre expectations, including a Star Wars movie that took that franchise in an artier direction than any other director has, and Knives Out, which delightfully shook up the whodunit. He got his start doing that with Brick.