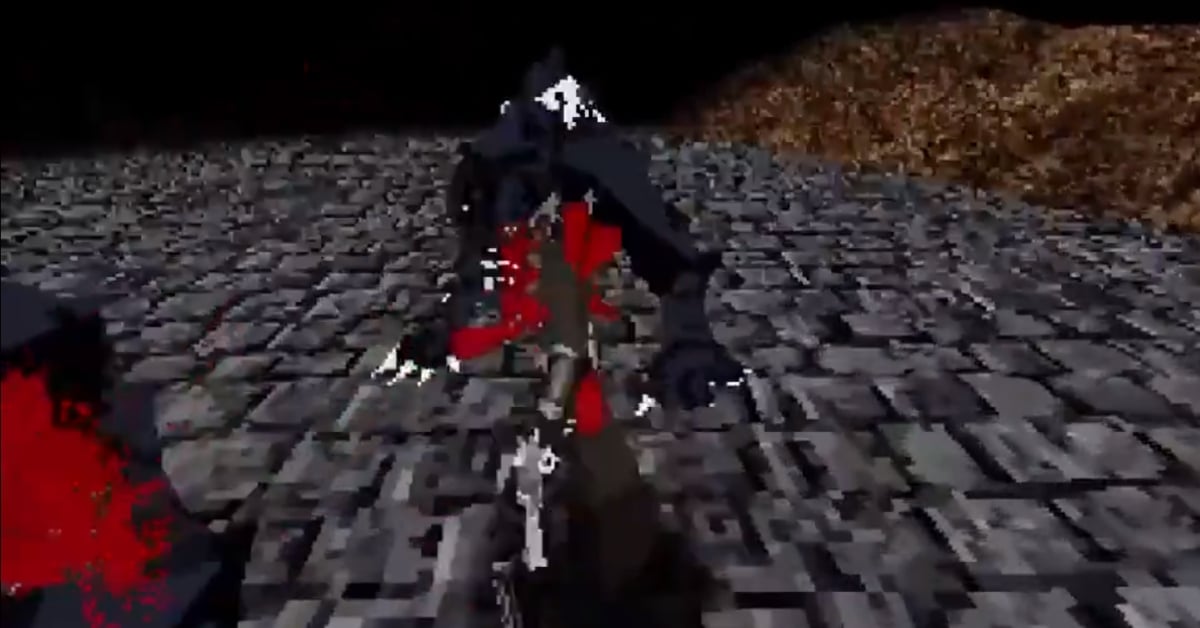 From Software, the developers responsible for the the King’s Field series, labored on that PlayStation franchise for years before finding greater acclaim with games that had a little more soul. You know the ones I mean: Demon’s Souls, the Dark Souls titles, and Bloodborne. Now, an indie developer has taken it upon herself to “demake” the last of those classics. She’s working toward an end result that should closely resemble what the studio might build today, if technology hadn’t advanced past 1996 or thereabouts.

Twitter user @botster is the lead programmer on an indie game called Witch that is in development at Heartstrings Studios. Apparently, that effort leaves her time to mess about with hobby projects, which is especially cool when it means the world gets to see things like Bloodborne PSX.

This Bloodborne PSX dev thread starts with loading and a proper loading screen! Now that we’re hopping between levels I need to write a save and load system that passes data around for proper navigation 🧵 pic.twitter.com/MHhMC1ouUE

In a special developer thread on Twitter, “Lilymeister” shared brief clips of the in-progress Bloodborne PSX build in action. Her recent efforts focus on building a save system and even a load screen, which isn’t exciting on paper but still is important as the game builds toward being playable. Clips show monsters leaping about and hacking the player character, who fights back with a few ill-fated sword swings before the “You Died” text inevitably follows. It’s not especially pretty unless you appreciate a lot of gray brick textures and brown. Oh, and there’s blood. There is a lot of blood.

Looking at how Bloodborne PSX is coming together thus far reminds a person how much the distinct visual aesthetic does for the Souls games and their ilk. Slime needs the right number of polygons to look suitably oozy. Monster claws require many polygons to come to appropriately sharp tips. And blood doesn’t spatter convincingly when it issues forth from a wound like Starburst candies from a busted piñata. Without their advanced art direction, stuck in the PlayStation era, would the Souls games have found anywhere near the audience they enjoy today?

Such questions and their answers can’t take anything from the impressive feat that is the Bloodborne PSX project. If anything, it almost looks too good in places to match its name. Go back and play an old 3D game on the PlayStation some time. They didn’t look nearly as good as perhaps you remember them, a lot of the time. Decent camera controls were decidedly uncommon and chugging framerates kept developer ambitions at bay.

Would you be interested in playing Bloodborne PSX once the de-make effort concludes? Are there any other games from the PlayStation 4 era you would be especially thrilled to see get the minimalist treatment?