On Friday, December 28th, Netflix not only released a new episode of Charlie Brooker’s anthology series Black Mirror – they also released what is arguably television’s biggest moment of the year. Without a signature event like a season of Game of Thrones, or a major series finale (sorry, I love The Americans but not enough people watch it), Black Mirror: Bandersnatch is already the most talked about television event of 2018.

Neither a Christmas special nor a traditional episode of the celebrated British series, Bandersnatch introduces itself as a Netflix Interactive Film in which viewers choose their own adventure. For an optimal viewing experience, a pre-title sequence instructs viewers to keep the remote control in hand. At various moments, two options will appear on the screen and the viewer will be able to dictate how these scenes will unfold. Plot choices in Bandersnatch come often and last only a few seconds so viewers need to keep their remotes nearby and devote their full attention onscreen since their decisions influence the actions of the main character, thus determining the direction and outcome of the story. The idea is to let viewers be in control of their own experience… or at least that’s what Charlie Brooker and co. want you to think.

Control is an illusion. 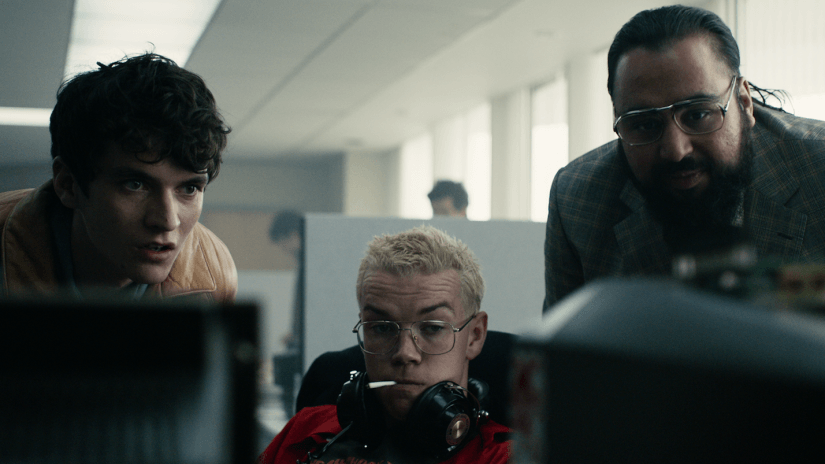 Some have dismissed it as a gimmick and nothing more, while others have spent countless hours online trying to decode every frame. The Choose-Your-Own-Adventure format is nothing new – from popular paperback series to video games, the world has been exploring the concept of branching narratives for decades. In fact, Bandersnatch is not even Netflix’s first foray into interactive storytelling; the network has already produced several interactive storytelling experiments with its kid-friendly brands, including Puss In Boots and the Flex Fighters, to name a few. The major difference this time around is that Bandersnatch is the platform’s first major initiative geared to adults, and the brainchild behind it is a former gaming journalist, no less.

The arrival of Bandersnatch wasn’t exactly a secret as it was announced way back in October — but Netflix kept tightlipped about anything to do with the storyline, leaving millions of people across the globe tuning in the second it dropped on Friday and ever since, they haven’t stopped talking about it.

The actual plot of Bandersnatch however, isn’t all that complicated and director David Slade, who made his Black Mirror debut with “Metalhead,” keeps things simple. Loosely based on a real-life unreleased game also called Bandersnatch, the film which is set in 1984, follows a young aspiring video game designer named Stefan (Fionn Whitehead) whose dream is to create a choose-your-own-adventure video game based on a novel written by Jerome F. Davies, a literary genius ahead of his time, but also a man who lost his mind obsessing over alternate realities and eventually cut off his wife’s head. 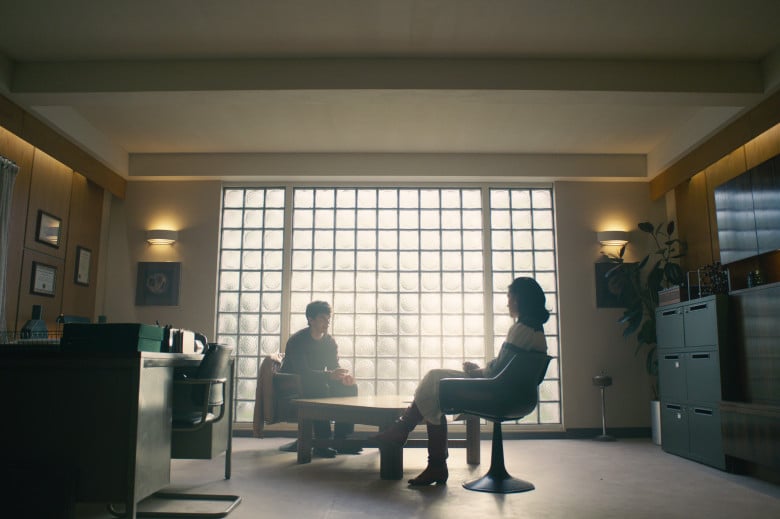 It doesn’t take long before Stefan meets his idol, an established video game programmer named Colin (Will Poulter) who works for Tuckersoft, a successful UK game developer along with his boss, an established publisher (Asim Chaudhry) who offers to hire Stefan and help finance his work. With the offer comes a choice: Stefan can say yes, work from the Tuckersoft office, commit to a very tight deadline and have the game completed before the Christmas holiday season – or he can say no and counter that offer by requesting that he work from home and have total creative freedom. It’s at that fork in the road that your adventure truly begins as you (the viewer/player) is left to decide Stefan’s fate.

As you navigate through the plot, your decisions shape how Stefan responds to his personal trauma as his life quickly spirals out of control. Some of these options appear to be entirely meaningless while other decisions could mean the difference between life or death. And just like a video game, you are given various save points which allows the audience to rewind time and choose a different path. Unfortunately, however, for long stretches of the story, you remain in a forward motion leaving you with no real way to escape. In other words, there is only so much control that you, the player, and the viewer have. 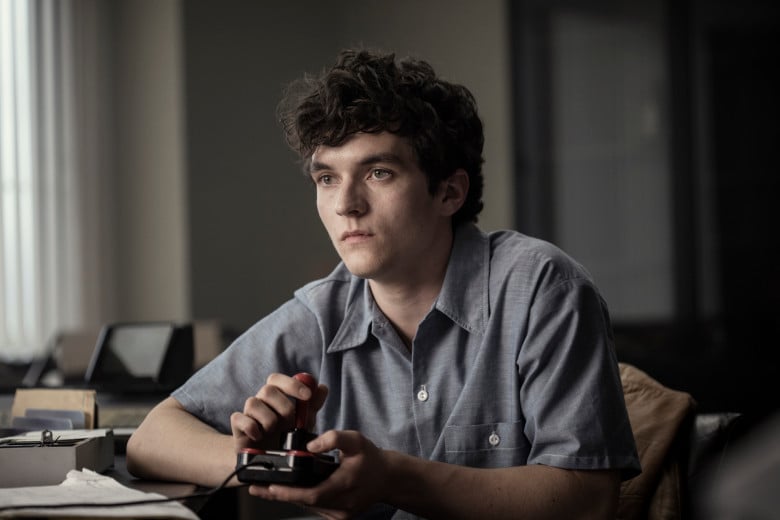 Given the mind-boggling number of possible choices, the ambition of storytelling on display is truly remarkable and in order to write the treatment for this show, Charlie Booker had to actually learn a programming language. There are five main endings with multiple variants of each; one secret post-credits sequence; a plethora of Easter eggs; and more than a trillion unique permutations. It took 35 days to shoot, and it takes approximately 90 minutes to get through one story iteration.

My playthrough/viewing lasted a head-scratching 230-minutes of running time, unlocking four of the five main endings in one sitting.

The end goal for Stefan, and to that extension us the players, is to acquire a perfect five-star review from the UK’s biggest video game critic, a cynical video game nerd who while appearing to have a chip on his shoulder, is actually quite well-versed in the medium and always looking to discover the next big hit. The ultimate plot of Bandersnatch however, has little to do with whether or not Stefan finishes his game nor what review score the critics will award. Instead, Bandersnatch is asking a bigger question: How much control does Stefan have over his own destiny?

It shouldn’t come as a surprise that the biggest challenge when making an interactive storytelling experience like Bandersnatch is crafting the various branches, and endless potential offshoots – something openly addressed by Stefan’s fellow game designer Colin when he goes off on a rant about how a multiverse is filled with an infinite number of paths and compares life to a video game where free choice is an illusion.

“We are all living in Pac-Man’s World. You know what Pac stands for? P.A.C. Program and Control. He’s Program and Control Man. The whole thing’s a metaphor. All he can do is consume. He’s pursued by demons that are probably just in his own mind… How many times have you watched Pac-man die?”

With a reported five+ hours of content filmed for Bandersnatch, and so many permutations of the same story, chances are, no two people will experience the exact same journey – that is unless you opt out of making any choices and instead let Netflix pick every option for you. That’s right — by not choosing any option, Bandersnatch will play all the way through. And once it is done, if you let it continue to autoplay, the movie will work its way through each of its major narrative arcs, allowing you to see all five main endings.

But why would you do that? 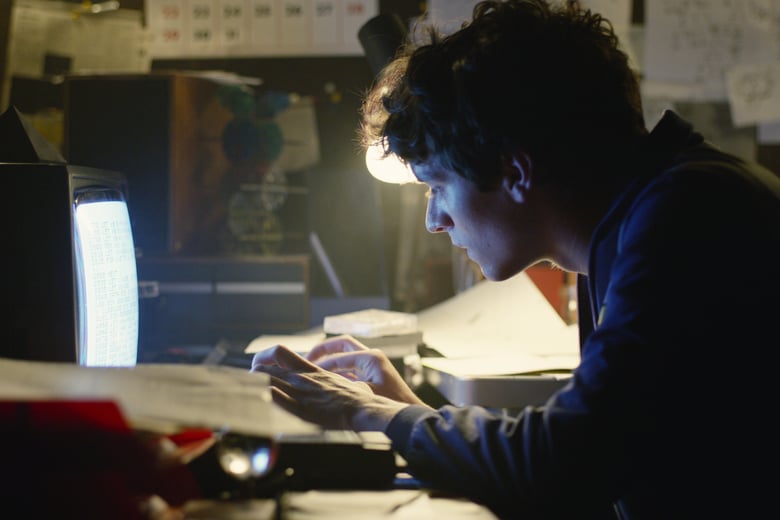 What makes Bandersnatch so great is how much execution matters in these situations, thanks to the clever ways in which Charlie Brooker plays with the medium – because even though we think we have control, much like Stefan, we really don’t. Regardless if there are five endings, each ending has already been made, and chances are, seen by millions of other people before you. Black Mirror has always been a cautionary tale about approaching new, unknown technological advancements, with themes of reflection, and the limited choices we seem to have in our lives. Bandersnatch is no different, only it goes to great lengths to pile on musings about free will, pre-determination, and humanity’s relationship/reliance on technology. As Richard Hand said, “The name of the programme itself refers to a turned off phone, television or any of the other screens that dominate our lives – the haunting black screen like a mirror”.

Bandersnatch succeeds best as meta-commentary, and as a love letter and overall appreciation of the video game industry

But what I like most about Bandersnatch is how Charlie Brooker opted to tell a story about how difficult telling interactive stories like these are, and for that reason, and that reason alone, it succeeds best as meta-commentary, and as a love letter and overall appreciation of the video game industry. As mentioned above, it isn’t a coincidence that a former game journalist and still a huge fan of the medium named his film after an unreleased game from developer Imagine Software. 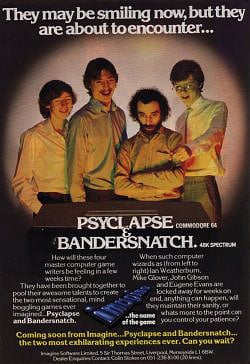 For some, Bandersnatch might just be an aperitif before season five arrives, but in my eyes, Bandersnatch is a masterpiece and in a golden age of television, with hundreds of shows to watch at any given time, Bandersnatch feels fresh and exciting. Netflix shines when they push the boundaries on how we consume content. I admire the company for taking such big risks.

The question on everyone’s mind now is going to be if Bandersnatch is the beginning of a new sub-genre of streaming?

I think it works both ways. There are so many easter eggs and even a cameo by Jeff Minter, not to mention the game itself is based on the real-life game Banersnatch — that I think it is still a love letter to the gaming industry, or at least developers and the hard work they put in — even if it shows the dark side of the industry as well.