Better Call Saul has returned for its 4th season, and following the grim final moments of season 3 a lot has changed.

Of course the most natural question after Chuck’s final fiery goodbye is how Jimmy is dealing with the news of his death. Well the most succinct way to put it would be that he’s not, or if he is, it’s happening so far below the surface as to be almost completely undetectable.

Vince Gilligan and Peter Gould have roundly hinted that the biggest mystery of Better Call Saul‘s 4th season will be what’s going on between Jimmy’s ears. Well it turns out that mystery will be a real driving force behind the events that finish turning Jimmy McGill into Saul Goodman, rather than just bridging a small gap like we may have expected. 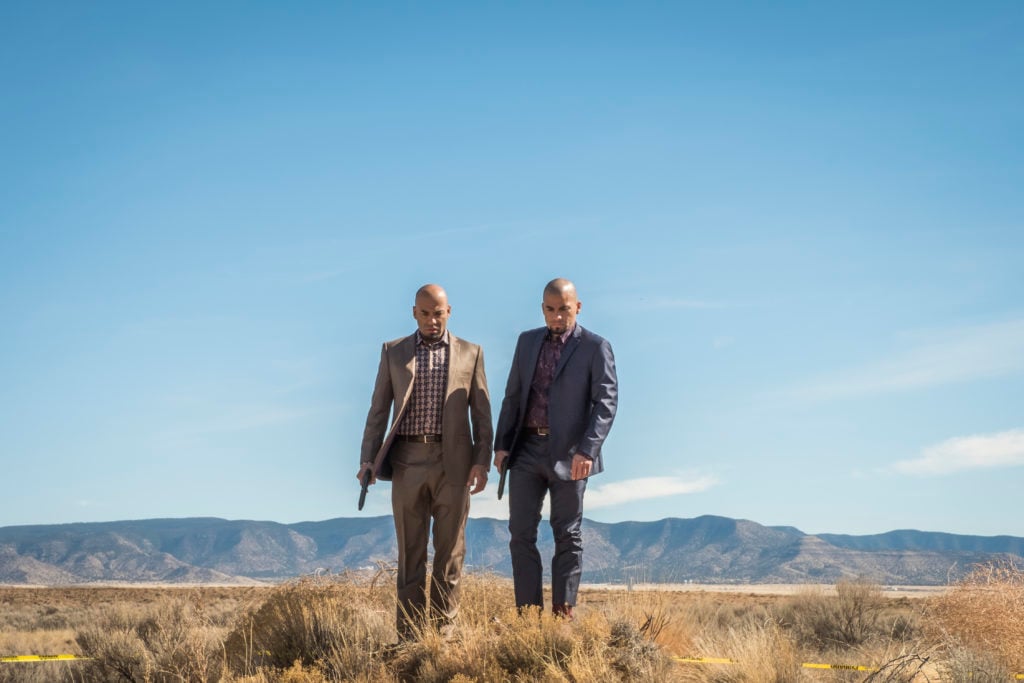 It’s strange to watch Jimmy react so flippantly to things like the results of Chuck’s will or the contents of a hidden letter from his dead brother, but these moments become even more troubling when viewed through the lens of other key characters. Howard and Kim have been all but shattered by the after shocks of Chuck’s death at one moment or another, but Jimmy simply continues to coast through life as if nothing of substance has occurred at all.

Granted he does seem to have found himself a coping mechanism or two. Returning to the low-brow grifts and schemes of “Slipping Jimmy” seems to be primary among these, and the specific call-backs to earlier moments in the series couldn’t be more transparent. Jimmy isn’t just pulling these scams to make a little extra cash while he’s forced to take some time away from practicing law, he seems to be utilizing them as a direct affront to the memory of his brother.

Outside of that, Jimmy is also filling his time by deliberately flouting his skills as a conman before taunting those he has so handily duped. We see this most intimately in a scene where Jimmy talks his way into a job he doesn’t even want before turning the tables on his interviewers, chiding them for being taken in so quickly. 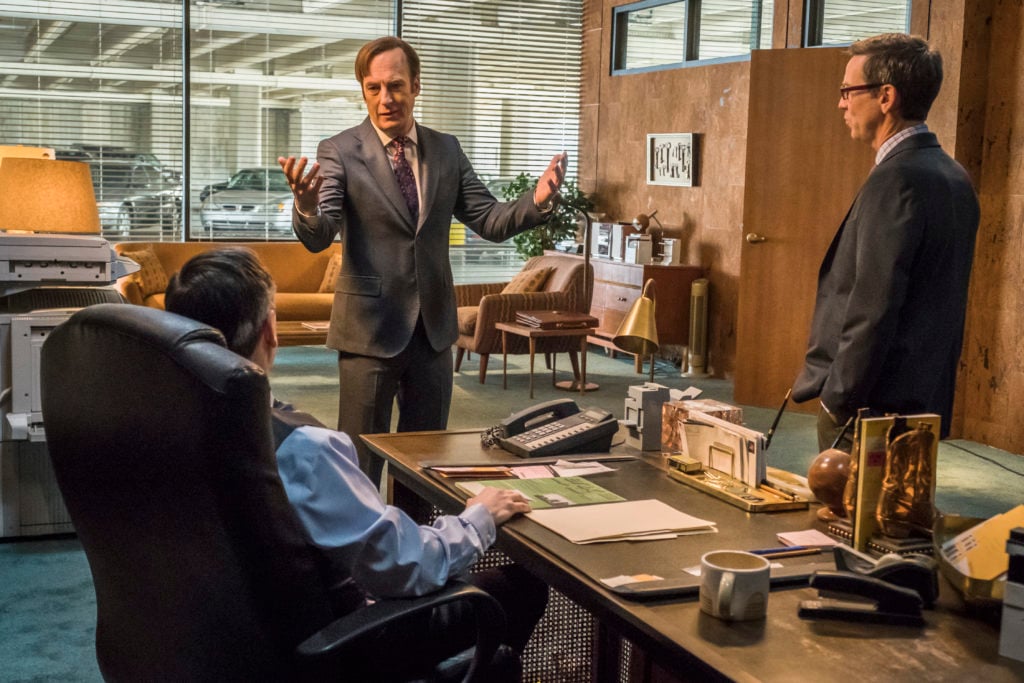 Jimmy revels in reminding his marks how truly dim they are.

It’s times like these that remind us what a force Bob Odenkirk has become in his time as a leading man. The shift from comedy to drama comes so deftly for Odenkirk, particularly under the guise of Better Call Saul‘s razor sharp writing, that when he makes the switch it can be truly enthralling to behold.

However, Jimmy isn’t the only one embracing a false identity. Since being taken on by Gus and Lydia as a security advisor, Mike Ehrmantraut is taking to the role with the sort of earnestness that would suggest he was actually hired for the job. To be clear, the job is just a cover so that Madrigal can launder his money and pay him properly without drawing suspicion.

That said, the absurd humor of Mike doing the job to the best of his ability while employees wonder again and again who exactly he is will not be lost on the audience. Of course moments like these offer a very clear communication that Better Call Saul is indeed working toward one of its central stated goals of closing the gap between itself and its parent series, Breaking Bad. 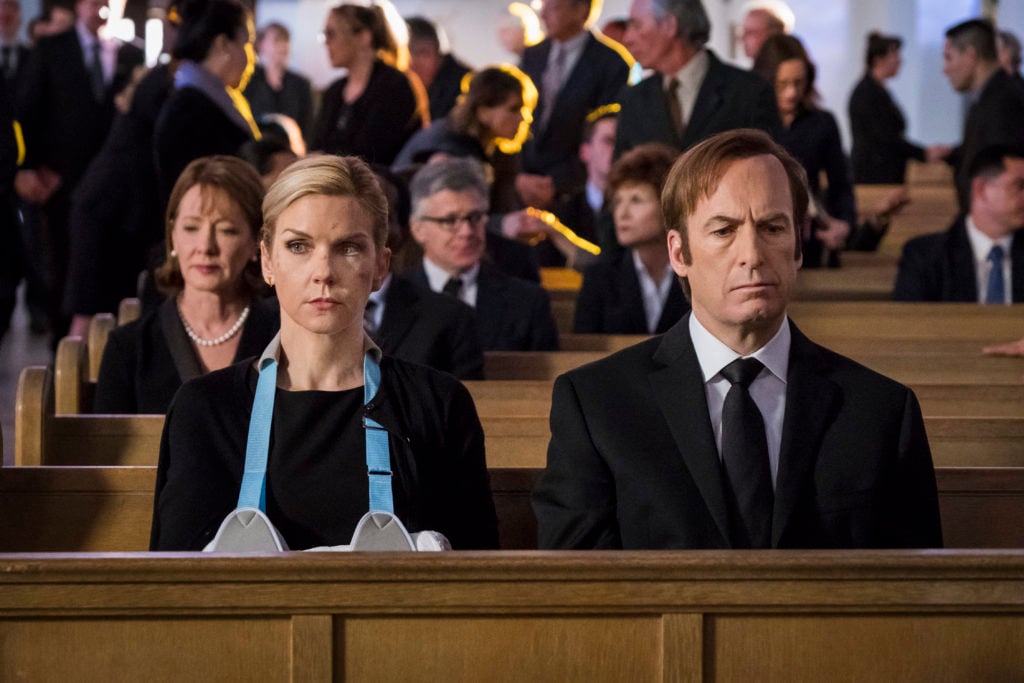 While Kim has had very clear emotional reactions to Chuck’s death, Jimmy has been markedly restrained about his feelings on the matter.

As we see Jimmy and Mike grow more and more into the roles that we saw them occupy for so long on AMC’s seminal series, we are also seeing more of a few other supporting characters from Breaking Bad. And while I won’t quite spoil who these characters are, or what purpose they’re serving, rest assured that you’ll be pleasantly surprised in particular with a telling appearance in the 3rd episode.

Elsewhere, Better Call Saul‘s reigning secret weapon, Rhea Seehorn is being utilized most effectively as the show’s beating heart. With Jimmy keeping himself deliberately restrained, we are drawn to the compassion of Kim Wexler most dramatically. The care she puts into looking after Jimmy’s affairs and needs in regard to Chuck’s death make her feel like a much needed presence of warmth in the increasingly dark drama of this series.

Even as Kim sees to the growth of her own career, a factor that she may be viewing with increasing trepidation, she has saddled herself once again with Jimmy’s well-being as well. We can only hope, as she still bears the broken bones from her last bout of taking on too much, that we won’t see her go down another path of self-destruction quite so quickly. 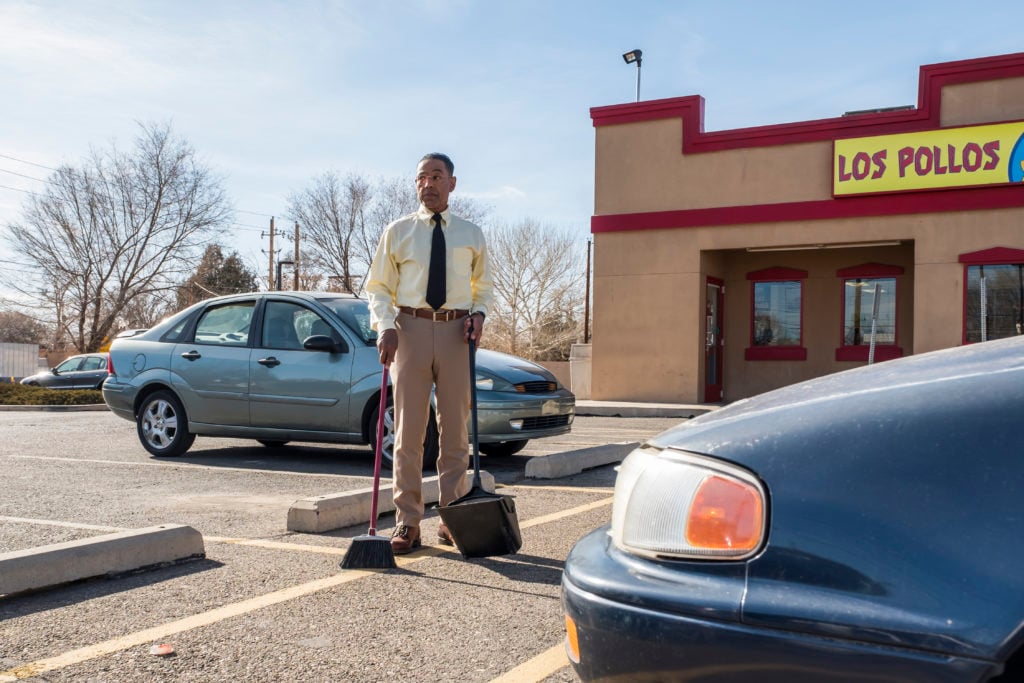 Gus is growing quite well into a central driving force of this series.

This takes us, finally, to Nacho. After making the crucial decision to poison Hector Salamanca at the tail end of season 3, season 4 has seen him being forced to deal with the fallout of that choice. While he has assured his father that he is working on getting himself out of the game as well, the fact that he has found himself under Gus Fring’s heavy finger is mounting evidence to the contrary.

Cold and calculating as ever, we are witnessing Gus at the very top of his game as he moves Mike, Lydia, Nacho and a host of others around the board like chess pieces. In this way Giancarlo Esposito’s return to the show is already a marked improvement over season 3 where he sometimes felt like he was there more as a service to fans than as a genuine part of Better Call Saul.

With all of this in mind, the 4th season of Better Call Saul really appears to be ramping things up, and with a speed and confidence that suggest the series may be approaching its endgame. You’ll recall that Breaking Bad ended with a set of truncated 5th season parts, and if this writer had to to hazard a guess, Better Call Saul will likely also wrap itself up in it’s 6th year.

In the mean time, however, watching Gilligan and Gould put in the missing puzzle pieces between Better Call Saul and Breaking Bad has never been more rewarding for fans of either series.

Tank to the Skies: ‘Treadnauts’ Launches on Consoles!