For over 50 years, storytellers have enriched the universe of Doctor Who with tales limited only by the human imagination. The property’s ability to evolve its lead character as well as its tone has given the show a rare characteristic that few works of fiction achieve: a state of permanent relevance through versatility. While the show’s primary voice is one of discovery and adventure, many of the series’ most memorable episodes are dominated by terrifying sci-fi/horror concepts. These are the stories when the Doctor and his companions stumble upon creatures they later realize were better left undisturbed…

Don’t step into the shadows, don’t blink, don’t trust anyone – all vital words to live by when exiting the safety of that vibrant blue police box. That said, here are a few of the monsters to avoid at all costs when traversing the darker landscapes of Doctor Who:

Any article of this type would be remiss if it didn’t mention everyone’s favorite murderous salt & pepper shakers. An extra-terrestrial allegory for the Nazi movement, the Daleks exist for one purpose: complete conformity accomplished only after the – wait for it – extermination of any inferior species (which unfortunately happens to be all of them in their eyes).

Their methods of destruction give just one Dalek enough firepower to wipe out an entire planet’s worth of population, and since they weren’t merciless and dangerous enough already, the modern seasons of Who made short work of the in-joke regarding their one weakness: stairwells.

Yep, they can fly now too.

Perhaps the most iconic elements from the property outside of the Doctor’s TARDIS, the inhabitants of Skaro are also the oldest and most hated enemy of the Timelords. Their massive conflict culminated in the catastrophic event known as the Time War, which practically wiped out the entirety of both races…sort of…maybe? It’s complicated.

Though similar in some aspects to the Daleks, the Cybermen tone down the camp and amp up the creepy. Originally occupants of Earth’s twin planet, Mondas, the species feared their inevitable extinction brought about by the limitations of organic life. To ensure their survival, they began to replace flesh and bone with cybernetic enhancements. The Mondasians became as cold as their robotic shells when the total removal of human emotion marked the end of their transformation.

Technically speaking, the Daleks are much more lethal than the Cybermen, but the Daleks are at least kind enough to grant victims a quick death. The method through which Cybermen boost their numbers is what makes them terrifying, as those that are not “deleted” are assimilated into their ranks. The thought of a never-ending life as a cold and soulless drone might just be a fate worse than death.

The Vashta Nerada are a prime example of Steven Moffat’s ability to turn ostensibly normal parts of everyday life into the macabre. The tiny specks of dust in the air noticeable in bright sunlight? Those are microscopic air piranha – because why not?

In smaller numbers, the species is harmless, but in large swarms they are lethal with their carnivorous ability to strip a body of its flesh in seconds. Operating in the darkness, Vashta Nerada use shadow mimicry to get close to their prey, and if you find yourself casting two shadows, a swift end is nigh. Per the Doctor, they have no weaknesses, and his only piece of advice is simply, “run.” If all of that wasn’t awful enough, through coordinated efforts the Vashta Nerda can take possession of skeletal remains to continue chase outside of the darkness. *Gulp*

Super-Happy-Fun-Time continues with Steven Moffat’s most iconic addition to Doctor Who, the Weeping Angels.

A form of “quantum-locked humanoids,” the action of observing an Angel activates their defense mechanism of transforming into impenetrable statues. They move freely (and creepily) only when they aren’t being watched, and to avoid accidentally freezing each other in place, they are usually seen covering their eyes. This leads to their “weeping” appearance, a gesticulation that furthers adds to an already disturbing visage.

Perhaps the most interesting note of this haunting species, however, is how they dispose of their victims. The Angels consume a person’s life force, but it isn’t through the act of killing; instead, a single touch from an Angel sends the person back in time instantly, and all their potential energy is absorbed. Essentially, Weeping Angels live a person to death, and the concept is used to heartbreaking effectiveness in later seasons (fans will definitely know what this refers to).

Their first appearance, “Blink,” is not only one of the best episodes of the series, but seminal science fiction. It is absolutely required viewing, even for non-Whovians.

The last inclusion is from another example of must-watch science fiction. “Midnight” begins with the Doctor taking some well-deserved R&R on the leisure planet of Midnight, where he decides to take a bus trip towards his vacation destination (the Sapphire Waterfall). Naturally, however, not even a holiday can be simple when it comes to Doctor Who.

The shuttle bus unexpectedly shuts down, and paranoia sets in shortly afterward. The tension is further amplified when something outside the bus (a place where existence should be impossible, given the planet’s radiation levels) begins to make its unnatural presence felt. Eventually, the entity makes its way not only inside the bus, but takes control of one of the passengers. A claustrophobic game of cat and mouse very similar to that of John Carpenter’s The Thing ensues, and the Doctor quickly must find out who he can and cannot trust, himself included.

What makes the entity such a compelling creature is how the story unfolds. The Doctor’s greatest weapon is always his seemingly endless knowledge of the universe and its many inhabitants. During “Midnight,” however, this is far from the case. Contrary to almost every other episode, he has no idea what he is dealing with, and even more shockingly, he never finds out. The tale ends with the Doctor not only failing to save the day, but being the one in need of saving.

“Midnight” subverts every fan expectation there is, resulting in a terrifying cautionary tale that sticks with the viewer long after the credits roll. It is quite possibly Russell T. Davies’ best work on the franchise, an impressive feat given his extensive Whovian oeuvre.

These are just a few of the dozens of fascinating creatures from Doctor Who – so what are some of your favorites that didn’t make the list? Let us know your personal top five lists in the comments below! 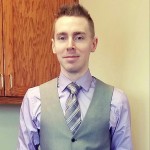 My name is Geoff and I believe purgatory is the state of never being able to fully clear out your DVR. I spend my time staying up way too late reading books, playing video games, and watching movies and TV. You can find me on Twitter at @GeoffMiller47

A Doctor Who Christmas: Revisiting “Voyage of the Damned”

Join us as we spend the next 25 days writing about some of our favourite Holiday TV specials! Today, we look back at the Doctor...

Logan continues his list, this time giving his top 5 picks for the best Space Opera Comics.

Before advances in visual effects, comic books and strips were arguably the best places to experience epic stories of swashbuckling heroes, princesses, and extraterrestrials...