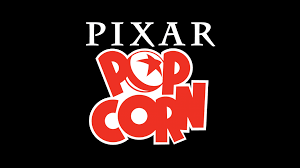 In a time where we are pretty much living under a shadow of uncertainty on a daily basis, sometimes it’s nice to indulge in some comforting nostalgia. That’s exactly what Pixar are providing for long-running fans of their animated movies- such as myself- in their series of shorts coming to Disney Plus under the name Pixar Popcorn. The recently released trailer shows a host of returning characters across Pixar’s library of classic 3-D animated movies, including forgetful fish Dory from Finding Nemo, the ultimate meme Lightning McQueen (totally intended for that rhyme) from the Cars movies, the Parr family from The Incredibles and of course the Toy Story toys because I’m sure it would be a war crime to not include Toy Story. The names of the short appear at the end of the trailer, giving a little bit of a hint as to what they could be about. Let’s take a look at some.

“Dancing With the Cars”: Wow, such puns. So humorous. No one cares about Cars. Sorry, I’m joking. In case you couldn’t tell, Cars is one of my least favourite Pixar films. Anyway, I’m assuming the short will revolve around the cars dancing. That is it. That’s what I’m taking away from this title. Next, please.

“Unparalleled Driving”: Is this a Cars thing too? I mean, it’s already getting its own Disney Plus series. Do we really need two Cars shorts?? It may well be for another series but those driving references are giving me Cars vibes. Because Cars. They drive? Get it? Moving on…

“Soul of the City”: I’m surprised that a film released only a month ago is getting it’s own short but I really enjoyed Soul so it’s not an unwelcome addition to the Pixar Popcorn lineup for me personally. Soul felt a lot like a movie for adults though so whilst I and other grown-ups may be looking forward to it, it’s probably not going to attract the kid market as much as mister “Kachow gotta go fast”. That was Cars. I meant Cars. Let’s move on.

“Cookie Num Num”: This has got to be an Incredibles short as anyone who has seen The Incredibles 2 will know that this is the phrase that Bob uses in an attempt to get his infant and multi powered son Jack Jack to behave. Expect more shenanigans with Jack Jack running wild with his powers. As silly as they were, they were kind of my favourite part of the second film so I am all for it.

“Chore Day- The Incredibles Way”: Unlike Cars, I think that The Incredibles is a franchise that could get a lot out of multiple short films. I’m not just saying that because I’m an Incredibles fan and not so much a Cars fan. The Incredibles is rich with potential for storytelling whilst Cars is just…cars. Literal cars. It’s probably for the sake of the children- lord knowns Pixar does tend to milk the Cars franchise for what it’s worth in terms of toys and merchandise- but The Incredibles is something that can be enjoyed by all ages so I feel better about a second short for that franchise. I’m guessing more hijinks as the family uses their powers to cut down chore time. Don’t pretend you wouldn’t do that if you could. We all would.

“Dory Finding”: Not sure how I feel about this one. I adored the first Finding Nemo film but Finding Dory was just a bit meh for me. It certainly had its moments but it didn’t capture that overwhelming emotion that the first one did so well. I’m guessing this short will focus on Dory finding things. Clever wordplay. I see what you did there Pixar. It’s also a little awkward to focus on Dory after the scandals with her voice actress Ellen DeGeneres. Dory is a loveable character but I can’t help but feel like she has been tainted a little bit by all the drama that DeGeneres has been facing. Obviously, the animation is a lengthy process so these shorts were likely started way before any of that came out. I wonder if Dory would have been chosen as the focus of the short had the team behind known what we do know about DeGeneres.  I’m going into gossip territory here so I’m cutting myself off before I fall down the rabbit hole.

“A Day in the Life of the Dead”: I’m so happy that the world of Coco is making a comeback via these Pixar Popcorn shorts. I love the film and the world of the dead was so vibrant and interesting. From the clips we get, I’m guessing we will be spending some time with the unfortunate security guard from the movie who can’t get his jaw to stay attached to his face. We’ve all been there. The title suggests that he won’t be the only one we see in the short. Maybe we will get to see a whole host of the skeleton characters from the film in their daily lives?

“To Fitness and Beyond”: We see a little snippet of Buzz Lightyear and the toys from Bonnie’s room engaging in exercises and dances so I’m guessing that’s what this short will focus on. Toy Story is probably one of the only franchises that didn’t irritate me even though I didn’t feel like a sequel- the fourth one- was entirely necessary. I love the Toy Story universe so much that I was happy to just be back there. Toy Story was the very first film I saw in the cinema. I was three years old at the time so I remember nothing but it feels like a franchise that is a big part of my life, having always been there in key moments in my life. The second came out when I was navigating the perils of going to big school when I was seven whilst the third came out when I was seventeen and very much in the same position as Andy in the film, about to start university and trying to move on from my childhood. Didn’t really work as I am still a child but you catch my drift. The fourth one wasn’t particularly meaningful in those terms but I was still glad to have it so I’m looking forward to seeing more.

“Fluffy Stuff with Ducky and Bunny”: Whilst “To Fitness and Beyond” will likely focus on Buzz and the gang, this one is sure to focus on the toys who stayed with the carnival at the end of Toy Story 4. Hopefully, we will see Woody and Bo Peep here too. I do like Ducky and Bunny- they definitely made me laugh significantly in Toy Story 4- but I still have that nostalgia clinging to me when it comes to Woody. We see Ducky and Bunny querying the existence of Bo Peep’s three-headed sheep at the beginning of the trailer, so hopefully she and Woody will pop up. Also, they’re not entirely wrong about her sheep. Little bit creepy.

Pixar Popcorn will be streaming soon- on January 22nd– only on Disney Plus.