Avengers: Endgame is an impressive movie. It’s amazing how it all started in 2008 with that little stinger at the end of Iron Man, when Nick Fury uttered the words “Avengers Initiative.” To the casual moviegoer, this was a cool tidbit, but for comic book fans, these two words fired up a hope they couldn’t even imagine happening. In honour of the infamous “What If?” comics, so many questions came to mind as to what could be next, and after a decade of movies, numerous crossovers, and countless cameos, it’s wonderful to see how far that idea came, and how it would conclude with Avengers: Endgame.

However, the film is not for everyone. It’s for those people who witnessed Tony Stark get a heart, saw Steve Rogers stand up against bullies of all sizes, and watched Thor discover humility and self-worth. Viewing Avengers: Endgame without any context won’t do it justice; it’ll be fun, but ultimately just sensory overload.

When it comes to comic books, one of the biggest criticisms is the way they manage the ‘status quo’ amid life-changing consequences that may affect the entire universe for years to come. It’s come to a point where those words lead to eye rolls and heavy sighs; superhero comic books are not known for major changes. Characters walk through the hero-villain revolving door on a regular basis, and deaths are not always permanent. Anyone can pick up a random story arc and get a good understanding of what’s happening even without reading the previous books. There is a lot of hand-holding, and enough exposition to move the story along. But none of this is necessarily bad; it just means that this medium is accessible for anyone, and not only for those who started from the beginning. It also means that fans can skip an arc if they don’t like it, and jump right back in when the story changes.

The only time more reading may be needed is with the major crossover events. Usually twice per year the publishers release an ongoing series that covers numerous titles (Civil War is one of the more popular and successful ones). These events are loud and epic, but with consequences don’t often stick; things will usually return back to the safety of the status quo soon after, until the next time a big event rears its head. However, though anybody can pick the event up and get the gist of the plot, they will miss a few subtleties here and there. It’s like watching Captain America: Civil War without watching any Iron Man or Avengers films. That being said, there has been one exception in recent years where an event was not for anybody looking for a quick read, but was a love letter for the fans who stayed true. This story is Secret Wars (2015), which was written by Jonathan Hickman, and drawn by Esad Ribić. It had a major impact on fans and the Marvel comic world alike.

In this ongoing series, the entire universe is at stake, with the final incursion between Earth-616 and Earth-1610 happening, and the heroes of both the normal and Ultimate universe unable to stop it. After they crash into one another, Dr. Doom rebuilds the world and crowns himself God, with Susan Storm as his queen. He reshapes Earth into different segments, all with their own Baron or Baroness.

Some heroes survive the calamity to witness this new world order; many are terrified and confused. But Mister Fantastic is simply enraged and determined. Without any prior knowledge, that brief plot summary might seem like utter nonsense, and those who read the entire story might criticize the lazy synopsis. I remember reading Secret Wars (2015) on its own and feeling lost, completely underwhelmed. Characters died, major changes were made, but ultimately, there was no spark. A lot happened, but nothing felt it really mattered. That’s when it was recommended that I read Hickman’s previous series, then reread the major event again. It took a while, but after doing so, I eventually saw the book in a whole new light. Every instance had a purpose, and every character had their moment to shine. Secret Wars (2015) isn’t just a random crossover event — it was the swan song to the first family of superheroes: The Fantastic Four.

Jonathan Hickman is known for the slow burn. His books typically start off bizarre, then don’t lead anywhere. But that’s only under the basis of the first book. By the time the final two arcs come out, everything comes together in a beautiful symphony. To put it in context, to fully appreciate Secret Wars (2015) it’s best to read:

These books started way back in 2009, and though not every story arc is absolutely necessary to read for the final product, they still add to the characters’ development. Every decision they make at the very beginning starts to make sense in the end. Marvel Comics doesn’t end with the final issue of Secret Wars (2015) — it’s just the end of one era and the start of another one. It ends on a note of hope, as well as a hearty laugh well worth the wait (that page, in particular, is the gift for the fans who stayed along for the entire ride). It was very much a huge thank you, and well worth the long wait, but reading the story on its own doesn’t hold the same weight. Avengers: Endgame feels the same. Unless you watched the characters grow and develop, every moment they have in the film is meaningless.

It’s a rarity to see a comic book movie that doesn’t handhold the audience throughout the lore. It’s also rare to see a live-action comic book movie that feels like a comic book. With the exception of Thor: Ragnarok and Avengers: Infinity War, the other movies are simply fun action films on the surface. Throughout the stunning visuals and wonderful shout-outs, Avengers: Endgame feels like a gift for those people who watched every movie on opening night, who sat through the credits for the stingers. It’s a gift for the fans who tolerated the less-popular films, and trusted the studio’s direction. It’s a gift for the people who want to see what eleven years of hard work can lead to. Avengers: Endgame, just like Secret Wars (2015), is very much a gift made for the fans. 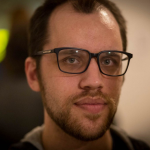