The following article contains spoilers for episodes 7-10 of Attack on Titan’s 3rd season.

Well it looks like Kenny the Ripper’s reign of terror is officially over. With the end of the first part of season 3 looking well within sight, Attack on Titan has made some very radical changes to its mythology, as well as shifted a few pieces around on the chess board.

As mentioned in our last article, the false king has been officially deposed, and his corrupt government officials have been sacked as well. Now, with Queen Historia propped up to the most powerful position in the walls, the survey corps have officially been cleared of any wrongdoing, and the truth has never been closer at hand. 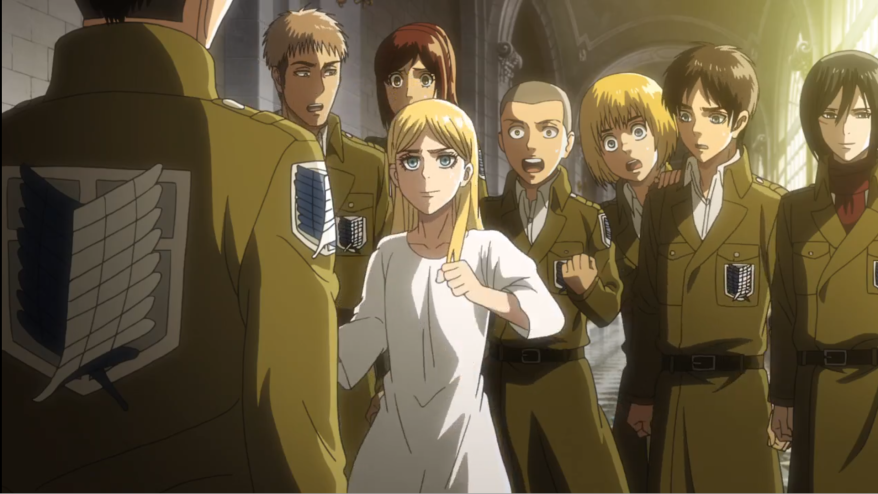 Historia didn’t just accept her place as the rightful monarch, she earned it.

As a great bonus for the survey corps, Historia has proven her worthiness to the crown as well. Having dealt the finishing blow to the massive titan that was attacking the walls (a titan that happened to be her father no less) in front of the eyes of the citizens themselves, she is destined to be a beloved monarch as well as the true heir of her position.

Of course, Historia has been a major focus in the third season of Attack on Titan, with another key moment having occurred during the final stage of the secret titan ritual. As Eren lost hope and asked to be left to die, it was Historia who came to his aid, abandoning her father and proving her loyalty to her friends. Historia may have dropped the facade of her former character, but she’s never been more brave and true then during that cave battle.

Eren came very close to losing hope for good during the cave rituals, but he managed to get by with a little help from his friends.

Speaking of Eren, now that he’s got the titan hardening ability down once and for all, the city can finally seal the destruction on the walls, enabling the survey corps to set out and find whatever secrets are hidden in the basement of the Jeager house at last.

Not only that, but stronger and more resilient than ever, Eren remains humanity’s greatest trump card. He demonstrated this handily during the battle with the massive titan by hurling a huge cache of explosives into its face, blowing it to bits, and allowing Historia to deliver the killing blow. With Rod Reiss (who drank the titan serum Historia refused) and his shadow cabal out of the way for good, this will give humanity its first real chance at freedom from the chains of oppression and the insurmountable fear of the titans. 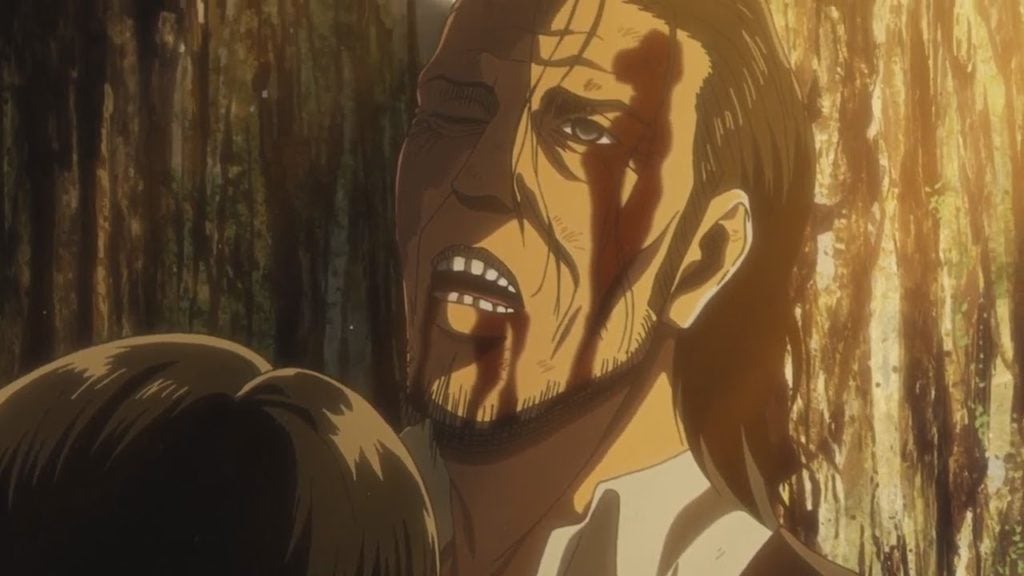 Though there was a last minute fake-out which suggested Kenny might live on as a titan, he ended up succumbing to his injuries instead.

It wasn’t all excitement and mayhem however. What appears to be the final episode of the first arc of Attack on Titan season 3, or certainly close to it, wrapped things up on the melancholic note of Kenny’s demise. Though we should be happy to see him go for all of the atrocities he’s been a part of, the fact that he went out striving for goodness and remembering the only bits of kindness he was ever shown made the victory over his anti-personnel corps somewhat bittersweet.

As usual, Attack on Titan only doles out its mythology in small doses, so the revelation of Kenny’s past, and his role as a member of the cult that worshiped the Reiss family as a messianic legacy, only leaves us with more questions. How important is Uri in the history of this world, and will we see him and the underground city again in future episodes? Only time will tell.

Though we weren’t privy to the battle between the Beast Titan and the Armored Titan, we now know what this result means.

Finally, we were left with even more things to consider as the cliffhanger ending of “Friends” returned us to the central struggles of season 2 once again. In the aftermath of what looks like a ferocious battle between Reiner’s Armored Titan and the Beast Titan, the Beast Titan reigns supreme. This seems to put Reiner and Bertholdt under his thumb, and with that in mind, their focus is retrieving the primal scream ability from Eren once again.

But what we still don’t know is who the Beast Titan is, or what his end game will be. Does he work for someone as well, or have we finally made our way to the top dog in all of this? As we head into the second half of season 3, these are the questions we will be left to consider.