The following article contains spoilers for episodes 4-6 of the 3rd Season of Attack on Titan.

As we’ve seen thus far in season 3 of Attack on Titan, the focus for this run of episodes is on the horrors of humanity rather than the colossal threat of the Titans. With Eren and Historia in the sinister clutches of the enemy, the central goal of the survey corps has become their rescue.

Of course, that’s not the only goal on the minds of the survey corps. Following the revelation that Historia is the rightful heir to the throne, Erwin and Pyxis have hatched a devious plan to depose the corrupt monarchy once and for all. We see the success of this plan just as things appear to be at their lowest, with Erwin set to be publicly executed as an example to the people. 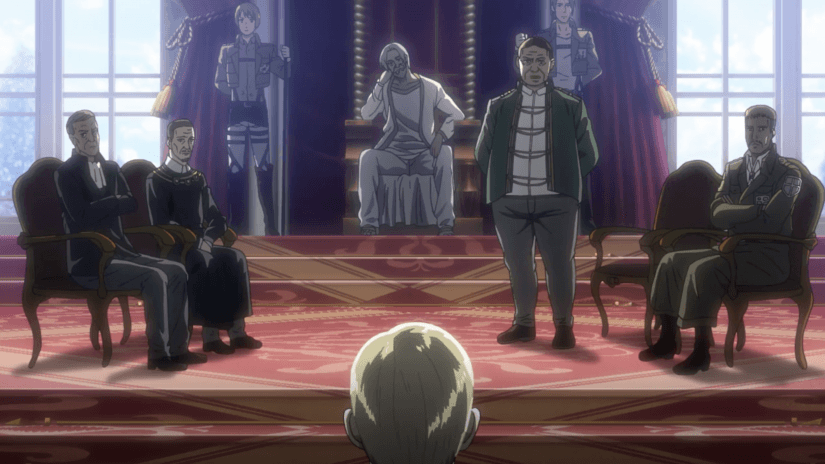 Just as Erwin was at his lowest point yet, his bet has paid off yet again.

Fortunately, Erwin’s gambler’s spirit pays off as one of the biggest victories of the survey corps is achieved at last. However, what’s truly fantastic is the manner in which Erwin and Pyxis manage this subterfuge. In the middle of episode 5 (“Reply”), it is announced that the Colossal Titan and Armored Titan have attacked once again, smashing the barrier of Wall Rose. Though this is a ruse, the king and his flunkies take the bait and decide to barricade themselves within Wall Sina rather than evacuating the survivors of the attack.

Turns out that’s treason against humanity, and as the ruse is revealed to the cowards in charge, the coup is successful, marking the survey corps as fugitives no more.

However, there is a lot more to unpack in the last few episodes of Attack on Titan than that. Episode 6 (“Sin”) opens with perhaps the most shocking revelation yet: Eren’s blocked memories from his first time turning into a titan may have been better off unrecovered.

The opening of season 3 showed a troubled Eren staring off into the sea. One can only imagine what horrific secrets are still to come in Attack on Titan’s 3rd season.

The mystery of Eren’s past, including the key his father left him and that mysterious night in the woods, has always been a driving force for Eren and his allies. With that said, the gruesome reveal of Eren changing into a titan for the first time following an injection from his father reveals the answer to not one but two mysteries.

The first, and most obvious, is the confirmation of a theory that most of us have long suspected: that Eren’s father, Grisha, is the source of his titan power. The second, and more troubling question has always been where exactly Grisha has been all this time. Well, it turns out that he won’t be popping up any time soon to drop piles of exposition on us, or further flesh out the mystery of the Titans, as Eren’s first act upon becoming a titan as a boy was to devour his screaming father in a couple of quick, bloody snaps. 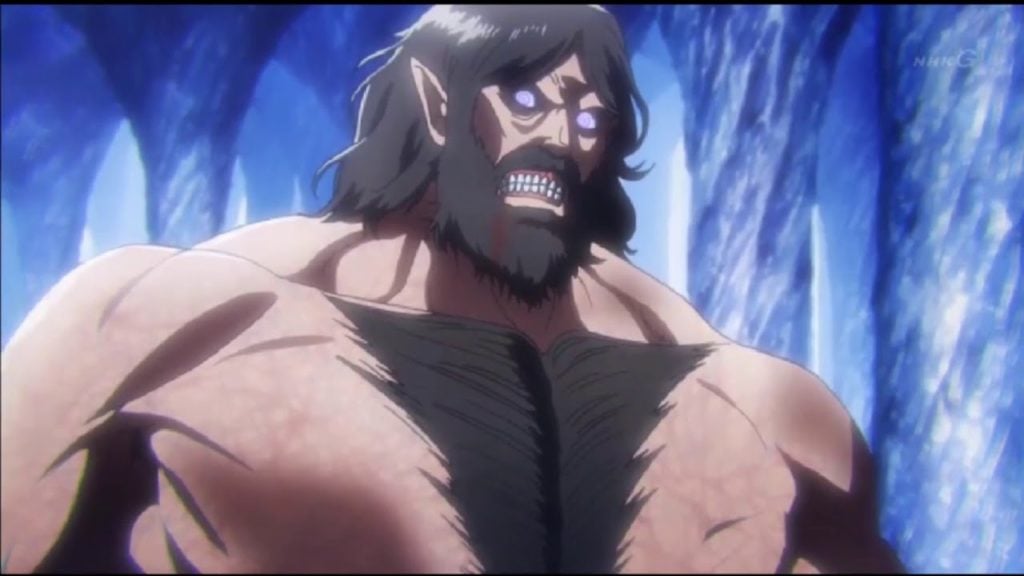 The revelation that Eren’s father was not only a titan but Eren’s first meal are among the most shocking yet.

More chilling still, this reveal is compounded by the fact that many other characters, including Historia herself, may have even more repressed memories. It turns out that the Reiss family and the Ackerman clan (which we now know includes Kenny, Levi, and Mikasa) are the only ones immune to the memory repression ability that the crown has been wielding against its citizens for…well who knows how long?

Lastly, Rod Reiss informs Historia and Eren that Grisha Jeager was responsible for the deaths of all of his children except for Historia, including Historia’s half-sister Frieda, who was also a titan (!?!). 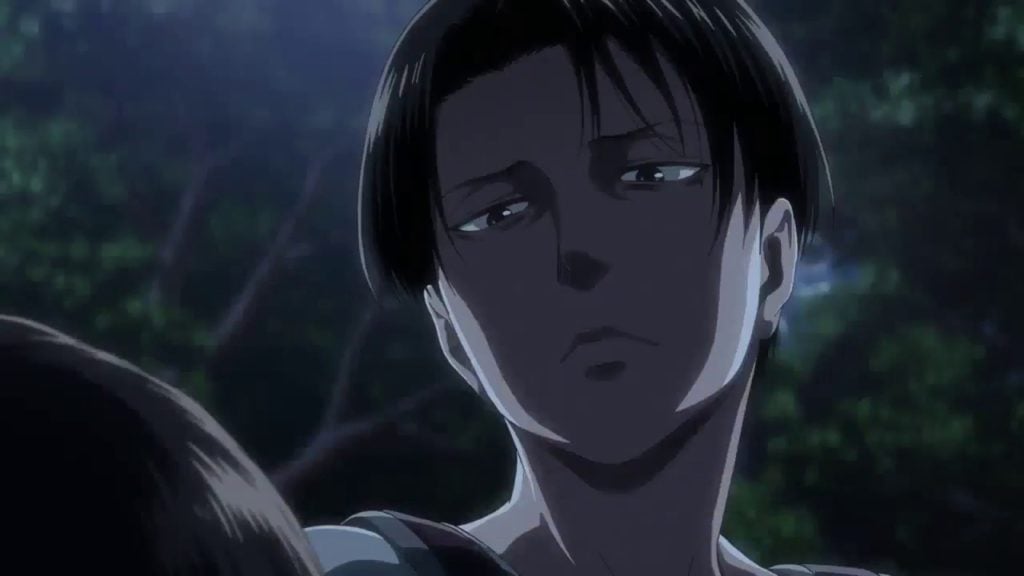 Can Levi settle the score with Kenny at last?

Even with all of these shocking revelations, Attack on Titan fans will no doubt have a dozen new questions based on this information and how it pertains to the rest of humanity within the walls. However, plot twists aside, the survey corps have found the hidden chapel of the Reiss clan at last. With Levi in the lead, the final showdown between the hero of the survey corps and his vicious mentor may, at last, be at hand.

‘Happytime Murders’ Is Too Incompetent to Be Raunchy

‘Warcraft: Battle for Azeroth’ The Lore Behind Warbringers