The following article contains spoilers for the first 3 episodes of Attack on Titan’s 3rd Season.

Attack on Titan is back with a bang, a thud, and a chomp for its third season, and it may not be what fans were expecting. Focusing largely on the human side of this war, and taking a deep dive into the childhoods of many of its signature characters, the third season of the anime phenomenon is a beast-titan of a different color.

The first clue that things are going to be a bit different this time around comes right out of the gates with the new opening theme song. Red Swan by Yoshiki and HYDE is a somber, wistful and melancholic tune that might be more at home on a slice of life or romantic anime than in a show where desperate humans are mounting a final stand against cannibalistic giants. Weirdly though, the more you hear it the more appropriate it begins to sound. 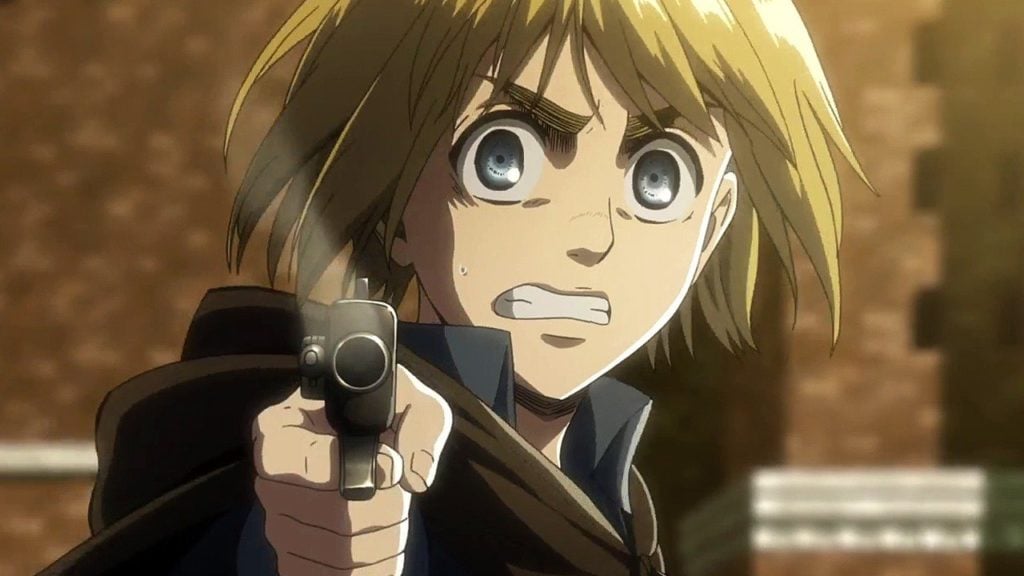 Shattering his shyness, Armin’s toughening up.

As mentioned above there is a significant focus on the pasts of many of Attack on Titan‘s key characters, and the tragic opening music, paired with scenes from the carefree childhoods of our now hardened protagonists, can be seen as a sort of farewell to their human sides.

As Armin has been fond of pointing out throughout the series, the side that will win this war will be the side which is most capable of becoming monstrous in order to achieve victory. This is something we’ve seen already through Armin himself, as he was forced to murder a member of the corrupt military police in order to save his fellow survey corps member, Jean. Though it happens in a blink, the action signals a key change for Armin, a character who has already shown in the past that he’s not afraid to dirty his hands on occasion. 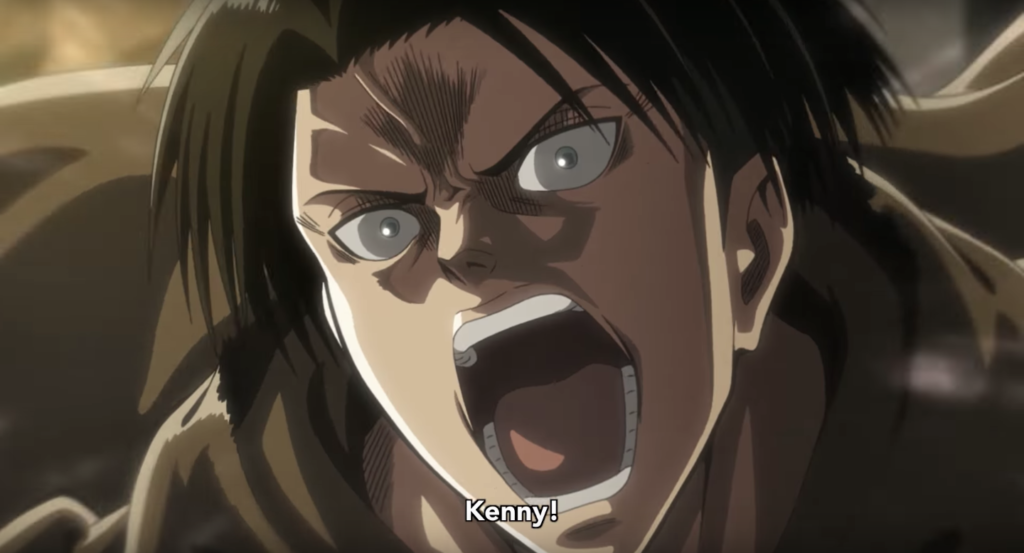 Season 3 has also seen Levi returning to a major role on Attack on Titan. After taking a bit of a backseat for the sophomore season, one of the all time greatest bad-asses has come back in full swing and fans will not be disappointed. As the first stretch of episodes have begun to dig into Levi’s thuggish history, a new dimension is added to an already fascinating character, and a new villain has been introduced to threaten the plans of the survey corps once again.

The cold, brutal, and unflinchingly cruel Kenny is here to shake things up, showing us that the only person who can truly be a threat to the deadly Levi is the man who was his mentor. Nearly murdering Levi in a sneak attack during the season premiere, Kenny has proven himself as a force to be reckoned with immediately. Meanwhile, the awe-inspiring chase sequence that opens the following episode, dialing in on a desperate Levi murdering a half-dozen military police in mid-air, may be the finest piece of animation that Attack on Titan has yielded yet. 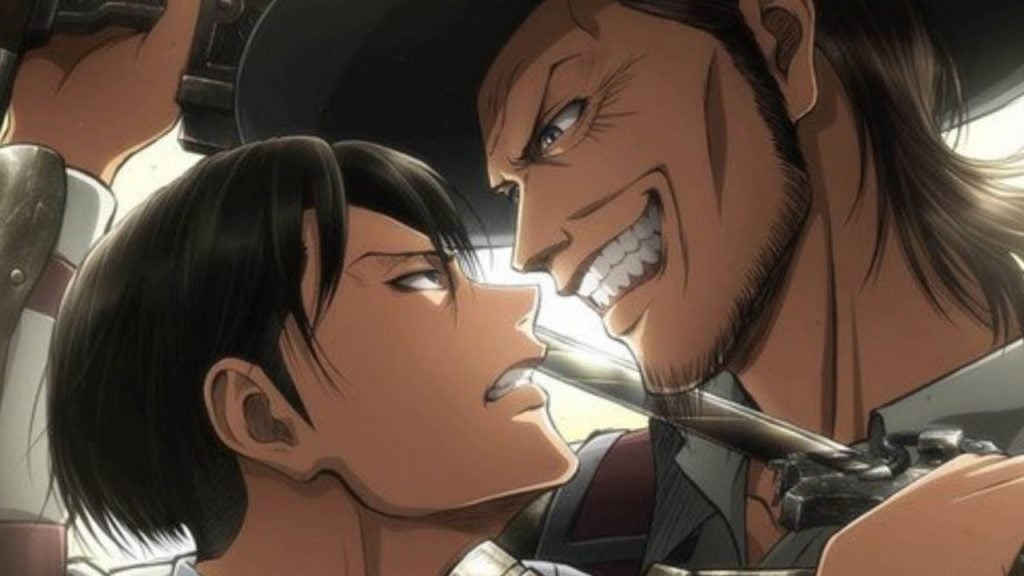 Not the happiest of reunions.

Finally, as Eren is captured, and Historia aims to retake her place as the rightful ruler of the monarchy, the meekest character on the show may be the last best chance the survey corps has of getting the corrupt military police officials off of their back for good and cracking the conspiracy of the titans open once and for all.

Of course, with 22 episodes to go in this mega-sized season, it’s still just about anyone’s game. The survey corps are going to need to use every ounce of their skill, wit, and cunning if they hope to pull themselves out of their desperate fight for survival, living as criminals in the woods outside of the safety of the walls.