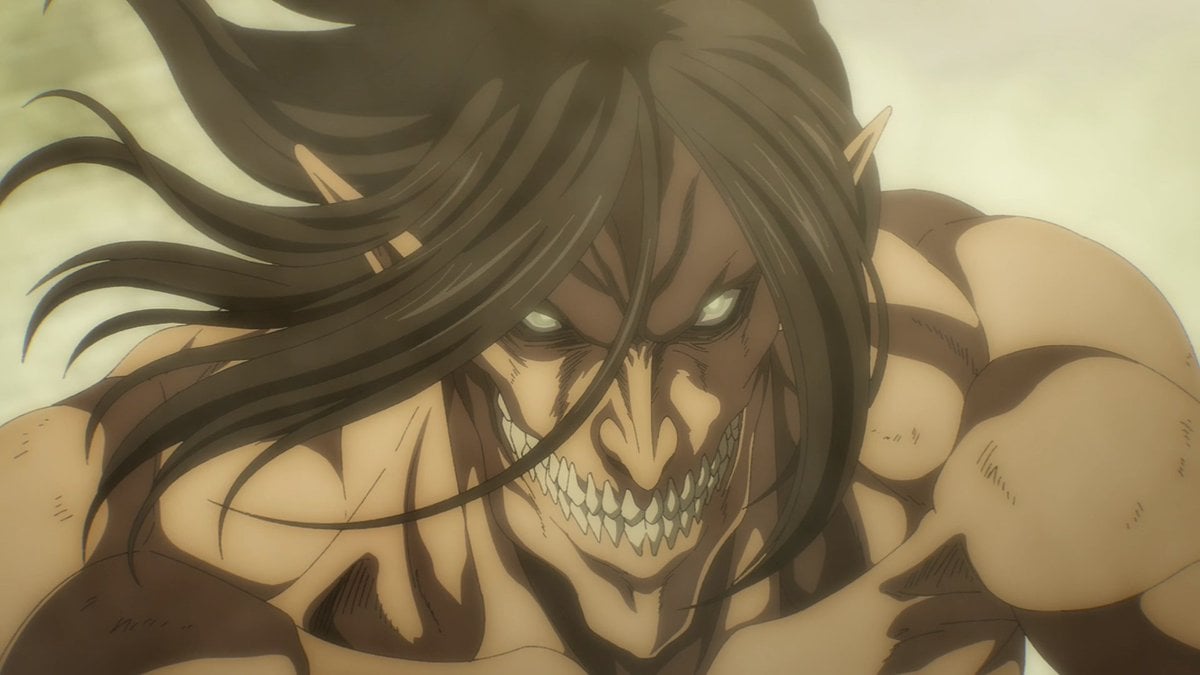 Attack on Titan Mid-Season Finale “Above and Below” Review

Well, we ought to start things off by saying that it seems this isn’t truly the end. What we’ve gotten so far has been the first part of Attack on Titan‘s final season, much like how the third season was released as two separate parts. Though this seems somewhat disingenuous when you consider the marketing of Attack on Titan season 4, it’s actually sort of a relief. The notion that a single 22-minute episode could wrap up all of the hanging threads that the series still has seemed completely impossible, and indeed it turns out that’s the case.

Speaking of things we thought we knew, Zeke is still somehow on the edge of life, even after being blown and slashed to bits over and over again. Now, stuffed into the stomach cavity of a titan who seemed to show up capriciously, Zeke will either be miraculously healed somehow or become host to the new titan, like what occurred with Ymir. So no endings come at all, really, in this finale, just a set-up for the next spectacular battle in the Attack on Titan universe.

What we do get in “Above and Below” is yet another in a series of truncated truces that appears to be a ruse. As Pieck has Eren at gunpoint in Gabi’s dungeon, she appears to turn traitor to the Marleyans. In truth, though she despises Marley as much as many of her compatriots do, she trusts her fellow soldiers over anyone on the island of Paradis. Her plan to have the Jaw Titan eat Eren may have failed, but she managed to make her escape with Gabi and mark Eren’s place for the incoming Marleyan fleet.

Eren, for his part, seems decidedly nonplussed by the notion of battling Marley’s forces single-handedly. However, Armin’s pragmatic mind found him moved to tears by Yelena’s speech about the Eldian Euthanization Plan. Unless Armin is pulling another con job, Eren and Armin may soon be fighting off the Marleyan hordes together yet again. Faced with total war in his homeland, will Armin back the Jaegerists, or has he any fight left in him at all?

Going further along on people who have to be running out of their will to fight, what will happen with Levi? Blown away by the blast that shattered Zeke, Levi must be severely injured at the very least. Though Hange and Floch appear to be nearby, will they arrive in time to save him? The finale offers no answers, showing us not a trace of Paradis’ most legendary soldier.

Finally, what will happen with those tainted by Zeke’s wine? Will the small-scale rumbling really work? How can it even be done? It seems that the only way would be to shatter Wall Maria, which would unleash the majority of the titans in the process. There’s still so much we don’t know about the rumbling or of Zeke’s final secret, one he shared only with Ksaver, it seems.

So that’s where we sit as we await the final section of Attack on Titan‘s epic story. Set for release in the Winter of 2022, Attack on Titan will leave us sitting on the edge of several cliffhangers as we tap our fingers relentlessly and count away the days. Until then, we’ll have to follow the adage and get ready to rumble.