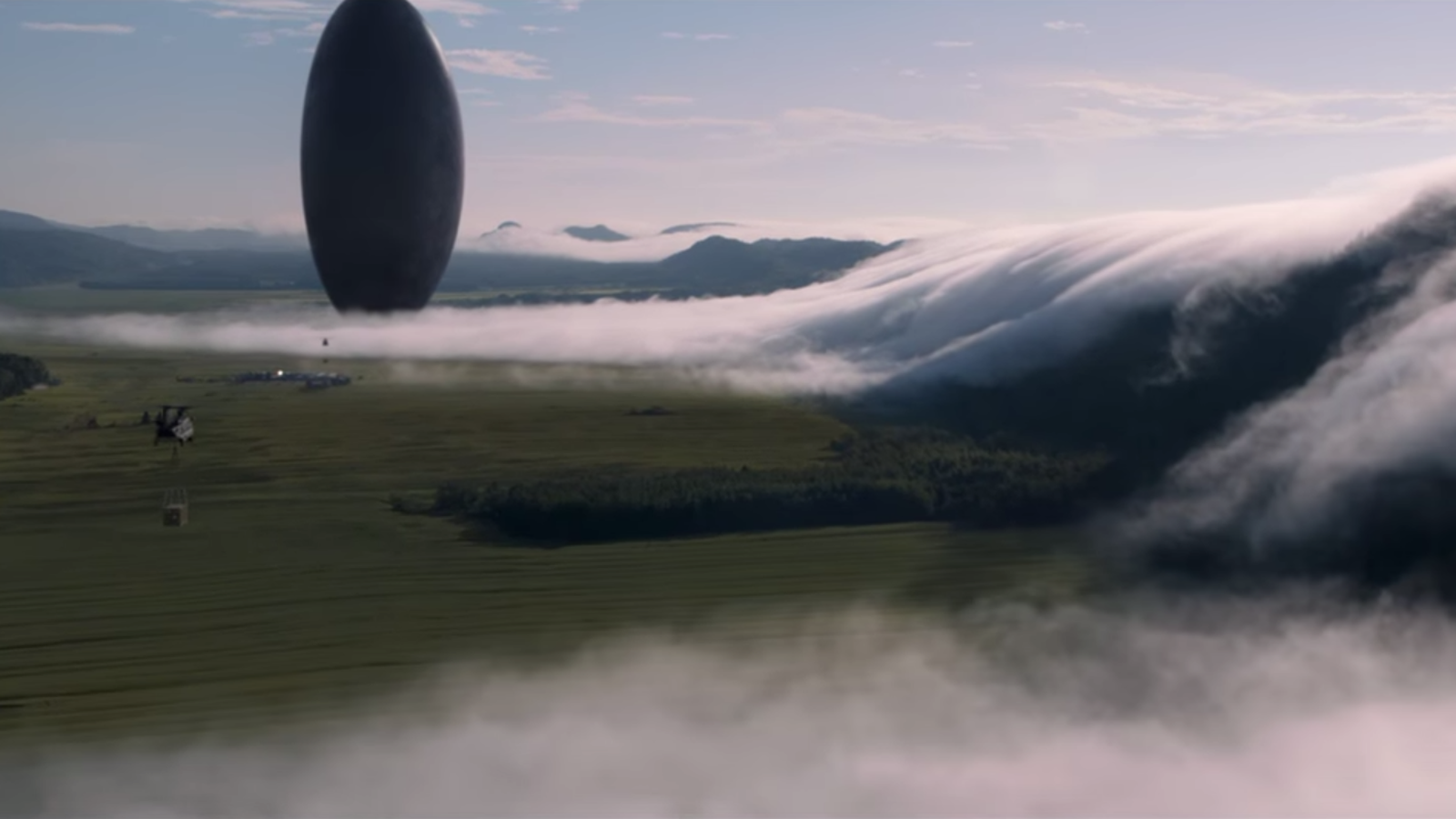 The ability to communicate doesn’t intrinsically grant a life form or a movie something important to say, but that shouldn’t necessarily stop us from listening. After all, it’s not the story, but how you tell it; articulation is a valuable skill in a world full of misunderstanding. The eloquence of Arrival lies in its fantastic visual and sound design, engaging characters, and intelligently constructed air of mystery, casting a sci-fi spell strong enough to entrance, even when its ideas reveal themselves to be more the illusion of thought than wondrous reasoning. That the latest film from director Denis Villeneuve doesn’t turn out to be quite the deep thinker promised early on, however, shouldn’t keep audiences from experiencing this unique and atmospheric take on first contact.

With language presenting enough of a complex problem between members of the same species, the task of carrying on a dialogue with beings from another planet or dimension would seem a nearly impossible one, but after twelve monolithic spacecraft unexpectedly appear at seemingly random spots around the world, this is precisely what linguistics professor Dr. Louise Banks (Amy Adams) has been contracted by the U.S. military to do. Everyone wants answers from the new arrivals, but where to start when even the simple act of saying “hello” could be fraught with misinterpretation?

Instead of sensationalizing such a monumental event, Arrival takes a more subtle, subdued approach to its premise, and it’s a smart tact. By keeping the focus small and revolving around a collection of the most calm, level-headed individuals one can possibly imagine participating in such circumstances, the strangeness becomes almost accessible, and the filmmakers don’t have to spin too many plates, allowing the film time and room to breath. These respirations provide the most absorbing moments, as they allow Villeneuve to construct sequences that convey a tone far superior to the plot, stunning pictures and sounds that transport in ways mere spoken words would struggle at.

From the first mesmerizing entry into the alien vessel to Louise looking out the bay windows of her lakeside home, Villeneuve consistently emphasizes space and reminds the viewer of mankind’s relative size within it. Even the extra-terrestrials aren’t immune to their relevance in the universe, as their gargantuan metal ship is often shown in contrast to the much larger Montana expanse in which it resides. The remoteness of our existence can sometimes produce feelings of isolation, but despite the immense distance often causing this separation, physical or emotional, we can still nevertheless find each other. Adding to the ambiance created by the visuals is a score that pulses with increasingly urgent tones, aware that even logical contact comes with mixed feelings of both curiosity and fear, and a bold reliance on silence that makes encounters both human and otherwise filled with awkward searching. When used to solitude, simply starting a conversation can be the most difficult part of the process. With motives and desires unknown, we sometimes tiptoe on eggshells, avoiding frank sincerity in favor of meaningless chit-chat or expectant stares, each waiting for the other to go first. Arrival makes no bones about its intention as a metaphor for how humanity interacts with itself, and the film’s trappings support this idea quite skillfully.

Though a picture may be worth a thousand of them, words themselves must eventually supply the actual substance, but this is where Arrival stutters. An intelligent-sounding script does a good job setting up the various scenarios and people involved, depicting the process with a seemingly meticulous, efficient logic, but ultimately stays vague on the most fascinating elements. Louise relates the difficulty of even introductions by telling a story about the comical origin of naming the kangaroo, but we don’t really get to see how she or fellow scientist Ian (Jeremy Renner) overcome this obstacle. They point at themselves, say their names, and the response is determined to be reciprocal, but with a culture so vastly different from our own, can one be sure they even understand the concept? Issues like these, ones that offer the opportunity for real communication and learning, are quickly glossed over, including through the standard montage, and within minutes the language barrier has been breached; problem solved, never you mind how we got there. Arrival at times suffers from missing parts, leaving an audience to fill in too many blanks, often positing shallow theories it doesn’t care to explain or expound upon, content to merely have suggested the topic rather than also have a perspective that could incite discussion. A theory regarding the perception of time is left hung out to dry by a script that never attempts to explain why anyone should care. There’s a difference between speaking and just saying stuff, and though Arrival seems to want to have an opinion on the human experience, in the end the story stutters, as if trying to remember where it’s going with all of this.

Though the plot may suffer from some holes, the characterization is strong, with solidly understated acting all around, including by Forest Whitaker (despite his adoption of a distracting accent) and Michael Stuhlbarg. It’s Adams who anchors the film, however, seamlessly blending into the cold science fiction while simultaneously providing the warmest, most human moments. Those expressive eyes tell the story missing from the dialogue, and her careful, measured movements reveal more about Dr. Banks than any exposition could. What the performance lacks in flash is more than made up for in accessible reality, a quality without which Arrival may have never reached for the stars. In the end that reach is admirable, and though the film doesn’t quite know where exactly it wants to go, the journey is worth taking for the sights and sounds along the way. Arrival often talks more to understand itself than humanity in general, but that it tries with such sincere and awe-inspiring ambition is worthy of attention.