Could it be that the DC Universe has finally found its Iron Man in James Wan’s bat-shit crazy iteration of Aquaman? One divine moment of stupidity follows the next as Jason Momoa flexes his way to aquatic supremacy, while endless spectacle conquers the generic storyline lifted straight from the Legend of King Arthur. The resulting insanity eventually wears down your defenses, drowning you in a sea of shamelessly entertaining cheese. If Momoa is to become the face of the middling DC Universe, may his reign be long and prosperous.

“Life, like the Sea, has a way of bringing people together.”

This line of dialogue, uttered with complete sincerity in Momoa’s monotone voiceover, should prepare you for the overwrought debacle you’re about to endure. But it’s a sweet, sweet debacle that will have you chuckling throughout, despite (and sometimes because of) its glaring flaws.

In this case, the two people brought together by the Sea are lonely lighthouse keeper Tom Curry (Temuera Morrison) and the lifeless body of Atlanna (Nicole Kidman), the deposed Queen of Atlantis. Atlantis (at least according to the mythology forwarded by Aquaman) was a technologically advanced society that accidentally destroyed itself and sank to the ocean’s floor. Citizens of Atlantis evolved to handle the deep-sea cold and pressure, as well as see in the dark. They also learned how to ride sharks, which makes them look cool. 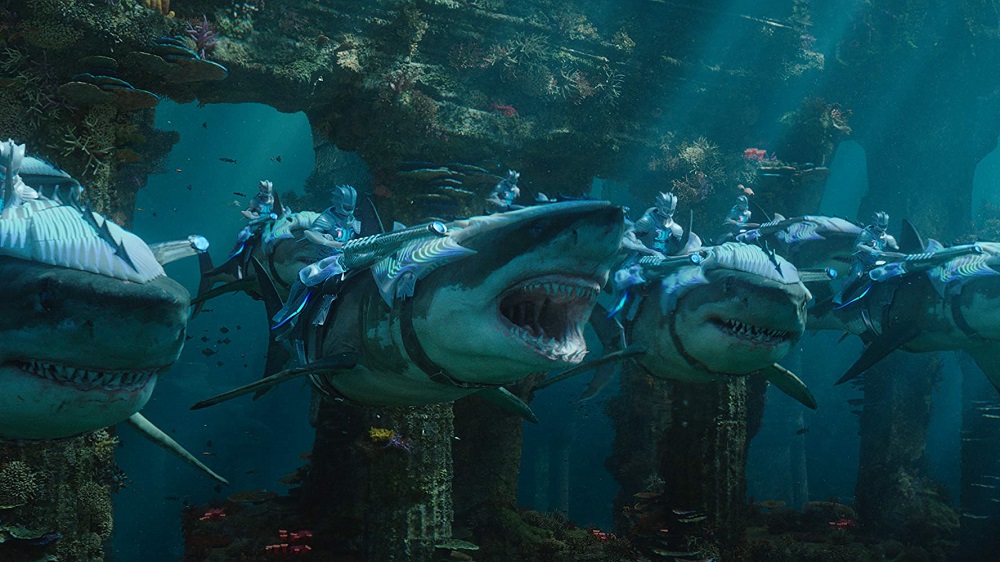 After Tom revives Atlanna, they settle into a cozy domestic existence. They have a “half-breed bastard” son named Arthur, who is secretly trained (via gratuitous montage) by Vulko (Willem Dafoe), the special advisor to Atlantis’ head honcho, King Orm (Patrick Wilson). Orm is also Atlanna’s son, and he’s a real piece of work. Angry at humans for polluting his ocean with garbage, Orm decides to unite the great armies of the deep and kick our land-loving butts. Admittedly, those with a Greener agenda might have some sympathy for Orm’s crusade, but the movie needs a villain, and Aquaman’s crazy half-brother will do nicely.

Even if you dozed off midway through 2017’s fitfully entertaining Justice League, you probably understand the inner turmoil that drives Aquaman. He’s a pre-ordained king who wants nothing to do with the throne in Atlantis, but he isn’t yet comfortable playing the role of hero on Earth. Instead, he roams the planet behaving like some weird hybrid between Superman and the Hell’s Angels. He drinks, he grunts, he sneers, and occasionally he rescues the crew of a nuclear submarine.

So when a bodacious redhead from Atlantis named Mera (Amber Heard) brings tidings of Orm’s impending assault, Aquaman is unimpressed… until a literal tidal wave knocks some sense into his greasy head. This starts him on a quest to recover the lost Trident of Atlan, which imbues the power to defeat Orm and his menagerie of sea critters. It’s a glorified re-telling of the King Arthur myth, with the Trident of Atlan standing in for Excalibur and a bunch of dudes riding seahorses replacing the Knights Who Say Ni. 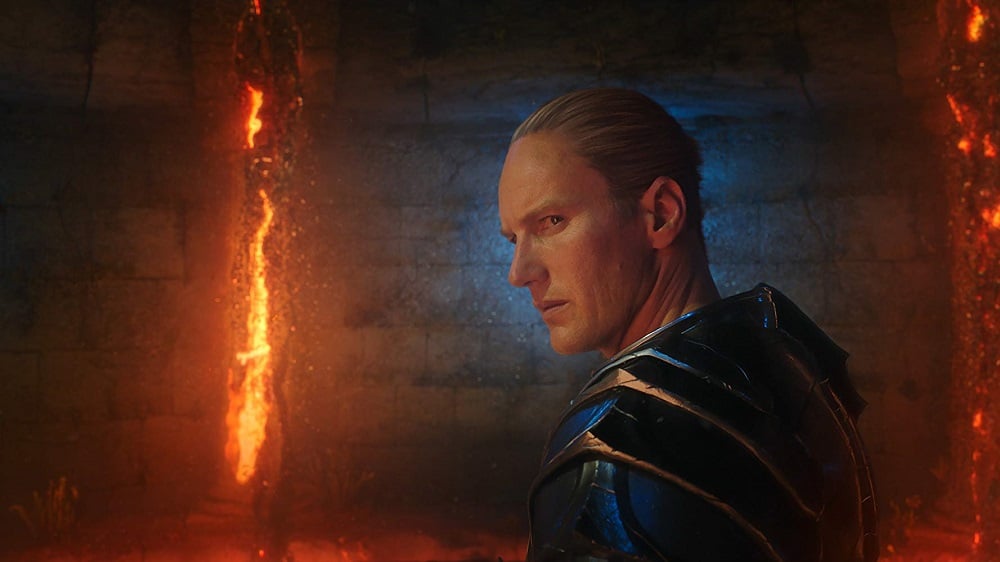 Of course, none of this plot makes any difference. All we want is big stupid fun, and James Wan (The Conjuring 2 (2016), Furious 7 (2015)) delivers splendidly. The action set pieces are outrageous, the characters are suitably dumb, and the visual landscape overwhelms with imagination. This is a film where you might see an octopus playing war drums, or be whisked away to the center of the Earth only to find that dinosaurs still exist. You smile at the sight of Dolph Lundgren looking resplendent upon his seahorse, and giggle at the terrible suit of arch-villain Manta (Yahya Abdul-Mateen II), who looks like a refugee from Teenage Mutant Ninja Turtles. It’s the kind of dumb fun that works as a nice balance to all of the serious Oscar dramas this time of year.

The Earth locales admittedly lack a bit of pizazz; despite a mildly amusing chase sequence across the rooftops of Sicily, little use is made of the breathtaking scenic beauty. Where Aquaman really dazzles is beneath the Sea. Atlantis’ futuristic architecture undulates in striking blues and greens — think the set design for Blade Runner, only dipped in bioluminescence. Sure, it all looks like a video game and it’s hard to feel a character’s force of movement in an underwater setting, but Wan and his effects team have filled the entire screen with riches. 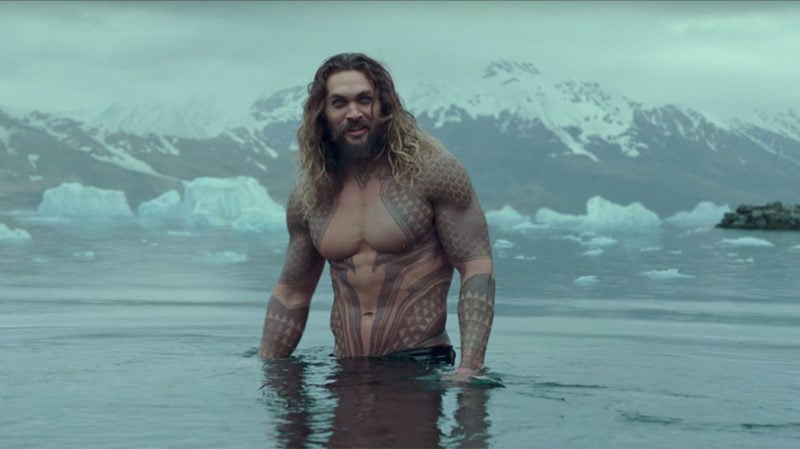 Lumbering at the center of this garish production is Jason Momoa. Despite his hulking appearance and some regrettable comments from the past, Momoa has an amiable screen presence. The closest comparison might be Dwayne Johnson, though Momoa’s acting chops are trailing The Rock at this point in his career. Still, when Momoa is on the screen, Aquaman works completely. When he disappears or gets lost inside of a computer-generated maelstrom, however, the film struggles to maintain its footing. He is the undeniable star of the show, and this type of operatic chaos desperately needs his charisma to carry it.

It should be obvious from the above descriptions that Aquaman is not for everyone. It is, empirically, a bad movie — the guiltiest of pleasures marked by moments of inspired idiocy and unintentionally hilarious gravitas. Try not to laugh when a despondent character laments, “The Sea carries our tears away.” What separates Aquaman from similarly overwrought visual extravaganzas like Mortal Engines, for instance, is an unabashed sense of fun. It’s probably too early to proclaim that DC has finally stopped taking itself so seriously, but this is a waterlogged step in the right direction.

How to Make an Entrance #9: The Star Destroyer in ‘Star Wars’