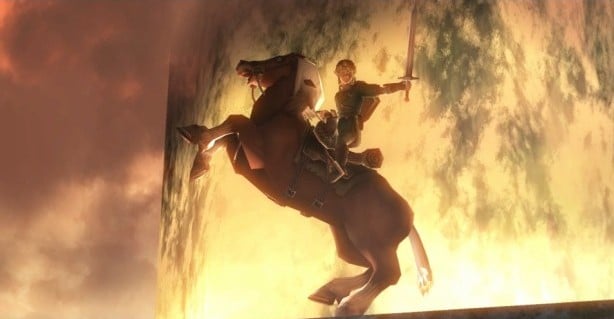 Nintendo has released the first of a series of videos celebrating The Legend of Zelda: Twilight Princess as the release of the Wii U HD version nears. The first, titled “Looking Back,” sees the original game’s director, Eiji Aonuma and some of the key members of the development team, including enemy designer Yoshiyuki Oyama, script writer Aya Kyoguko, and dungeon designer Koji Kitagawa take a look back at their early experiences creating the game. They talk about deciding on the more “realistic” look, as compared to the previous game, Wind Waker, and how gratifying the response to the unveiling of the E3 trailer was. One particularly funny bit has Aonuma explaining what a “sob-story mail” is, and relating a great glimpse into what working under Mr. Miyamoto can be like.

Nintendo has been great recently for opening up and providing insights like this into their development process, something I hope they continue to do, and videos like these offer a fascinating look at the company and its history. Check it out for yourself below, and prepare for Twlight Princess HD when it releases on March 4th for the Wii U.

‘Super Russian Roulette’ – A New Party Game for the NES, but will it work with your modern TV set?