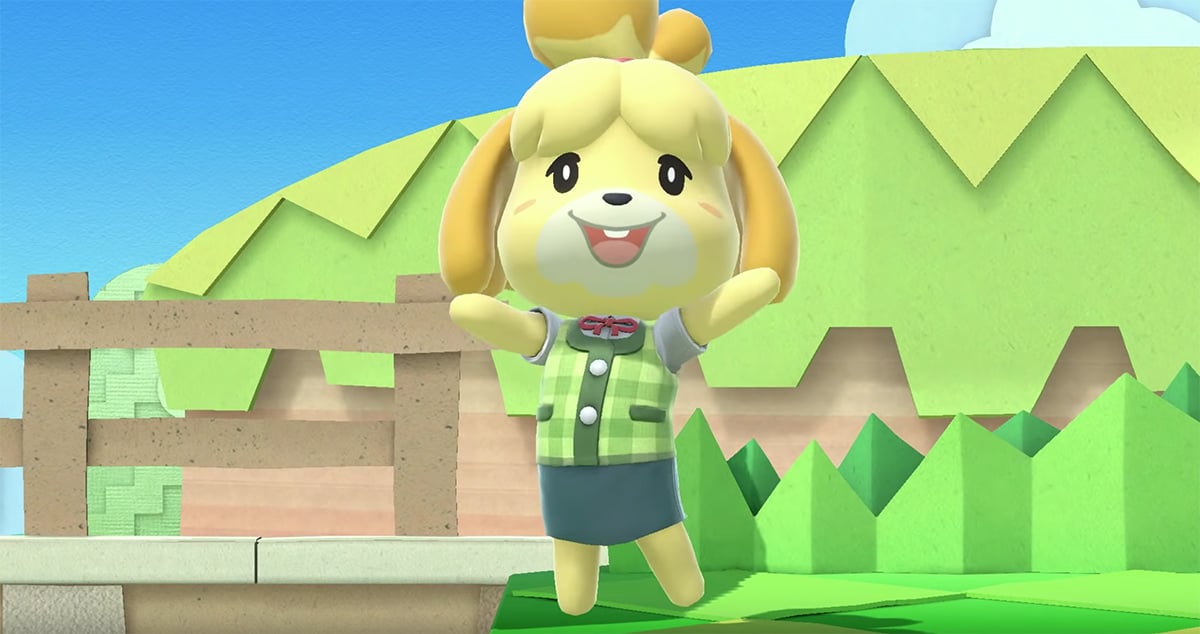 More incredible fan-made content now with this very short but fantastically made recreation of Sephiroth’s Super Smash Brothers Ultimate victory screen but with the adorable puppy Isabelle from the Animal Crossing series. Don’t think that could possibly work? Prepare to be wrong.  Very, very wrong.

YouTuber and 3D animator and filmmaker Sourcy has created this absolutely fantastic version of Sephiroth’s menacing victory screen. Following the release of Sephiroth as the new fighter in Super Smash Brothers Ultimate recently, his victory screen has been doing the rounds online due to how epic it is, showing the villain nonchalantly walking into flames. Sourcy decided to recreate this awesome victory screen but with Isabelle from Animal Crossing and I’ll be damned, it works so well. Like I’ve said a million times before, it’s the detail that makes it. From the dark shadows concealing half of Isabelle’s face- revealing only her adorable smirk- to the animation of her putting her paws behind her back and the cute squeak of her footsteps. Sourcy didn’t have to go all out like that but he did and for that, I am eternally grateful.

In the comment section, Sourcy states that he is going to be recreating the fiery victory screen with more characters but he wants your suggestions to do so. If you have a character you’d want to see, make sure you head over to the video and comment who you want Sourcy to animate in Sephiroth’s place. My vote is Pichu. Please Sourcy- if you happen to see this- Pichu. Or Jigglypuff. It’s what the world needs right now. Head over to Sourcy’s channel for more awesome animated content!

Cyberpunk 2077 But Make it a PlayStation One game