Steeped in pulp and hardcore imagery, horror allusions, and fetishistic gore, American Mary is a film that has emphatic reverence for its form. And as a collection of horror set pieces and bizarre characters, it is a success. Unfortunately, it’s not so successful as a cohesive and meaningful film.

Mary Mason (Katharine Isabelle) is a young med student enrolled in a surgery residency. She’s fantastic at what she does, but in great financial and academic distress. When putting in a resume at the local strip-joint, she’s recruited to stitch up a gunshot victim in the backroom. She’s rewarded handsomely, and almost immediately contacted for some unusual surgical services. And thus she enters the seedy world of body modification. Katharine Isabelle is best-known in the horror community as the titular character of Ginger Snaps. She’s rightly beloved for that role, and here she performs marvelously. Her Mary Mason can be mercilessly sexy and cool, but Isabelle finds the intelligent, morally confounded girl within, and her performance deserves to be featured in a far better picture.

There’s no doubting the Soska sisters’ (aka The Twisted Twins of Dead Hooker in the Trunk fame) enthusiasm and imagination. And for the first third, American Mary threatens to turn into something really special–a thoughtful and refreshing revival grindhouse pic. All the elements are here. There’s the spurned, angry protagonist with as much smarts as sex appeal. There’s a collection of fascinating freaks–the most sympathetic being Beatress (Tristan Risk), a modded-out woman who looks and talks like Betty Boop. And there’s a slick and confident aesthetic that makes the film eminently watchable. But the directors seem so caught up in delivering iconic sequences that they forget to concentrate on intelligible pacing and recognizable behavior.

Mary’s journey is meandering and unfocused. What appears at first to be a simple and straightforward vengeance mission quickly diffuses into a series of disconnected sequences with no forward momentum. The established villains are nowhere to be seen in the back-half of the film, with the Soskas instead introducing disparate and irrelevant elements (including their own useless cameo) to kill time before the unearned bloody conclusion. If you’re a fan of punk horror filmmaking, this is an enjoyable film–and especially rewarding for its central performance and sassy ‘tude–but American Mary is ultimately an unfulfilled promise. 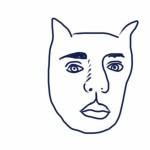 Emmet Duff is a small town Ohioan living in Austin, TX. When he's not writing about film, he cares for plants, takes pictures, and goes exploring.