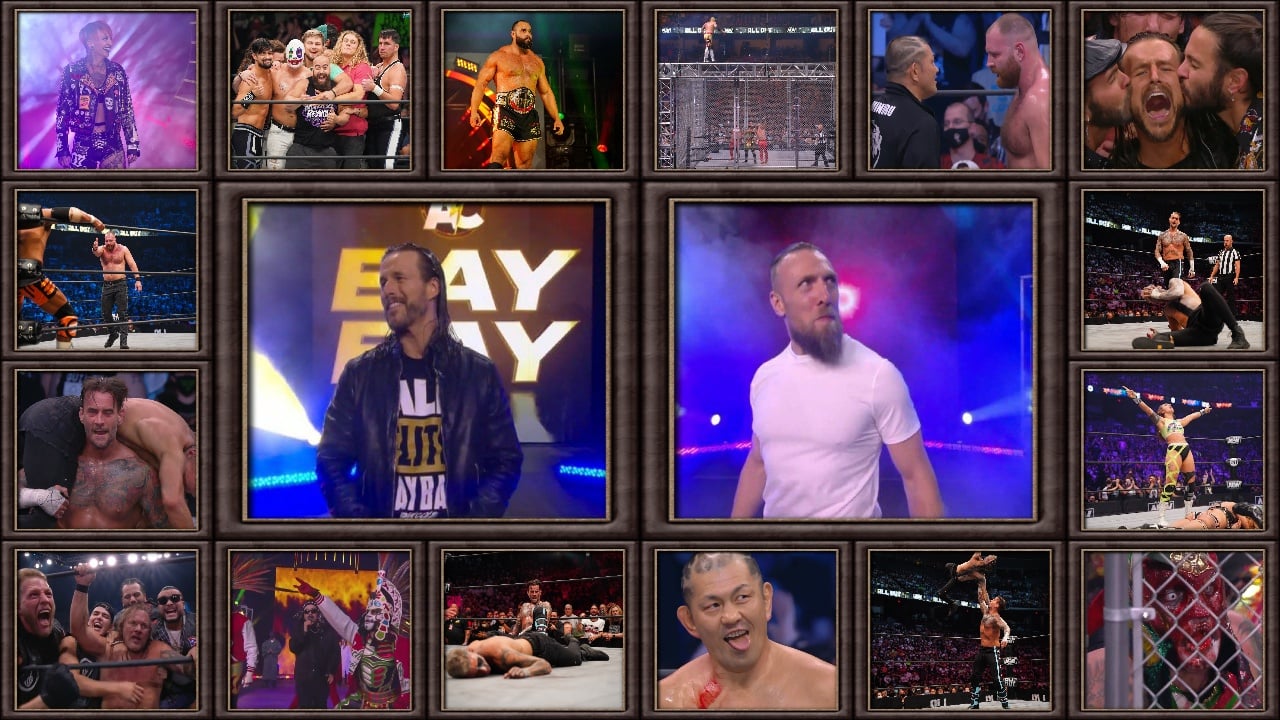 After seven long years, CM Punk is back in the ring but that’s not even the biggest story of the night— not even close.

The year might not be over but it’s safe to say All Out will wind up being the most eventful wrestling pay-per-view event of 2021.

Other than Punk’s return, Kenny Omega defended his AEW Championship against Christian cage;  The Lucha Bros. beat the Young Bucks for the tag team titles in a steel cage; MJF nearly forced Chris Jericho into retirement and Ruby Soho won the Women’s Battle Royale in her AEW debut!

Oh, and let’s not forget that former NXT Champion and leader of the Undisputed Era Adam Cole along with Bryan Danielson also made an appearance! That’s right Bay Bay— AEW All Out was chock-full of great moments.

It was his first match with AEW, but Paul White didn’t miss a beat and did exactly what he had to do. This was essentially a palate cleanser, strategically placed between the CM Punk and Darby Allin match and the main event. It was quick and simple, and fans got to see exactly what they wanted to see which is watch the giant beat-up QT Marshall and his lackeys.