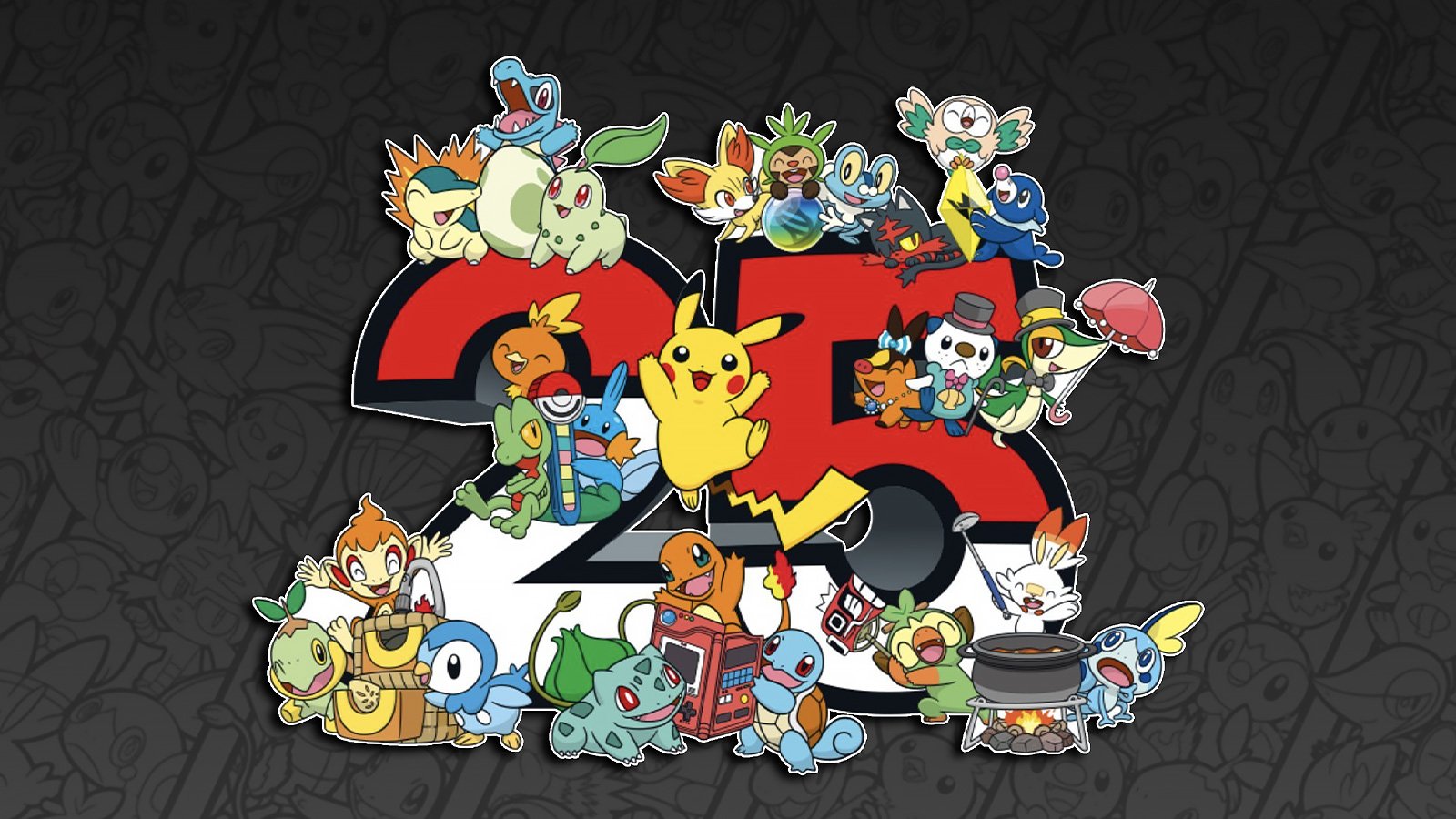 Pokémon is a franchise that has been around for several decades, with a lot of those who grew up with the franchise when it first began- like myself- now being adults. The franchise is still going strong, introducing a whole new generation of kids to the wonderful world of Pokémon that captured our hearts back in the 90’s. The franchise is turning twenty five years old this year and to celebrate, various music artists have come together to release a Pokémon themed album.

Two of the songs on Pokémon 25: The Album were released a few months back: “Electric” by Katy Perry and “I Only Wanna Be With You” by Post Malone. However, there is tons more music available on the full album from a range of international artists such as Mabel from the UK, Yaffle from Japan, Louane from France and of course the American artists Katy Perry and Post Malone as well as many more. I think it’s awesome that artists from across the globe can come together to celebrate and create music for a franchise that obviously means something to each of them. Make sure to check out the entire album at the link here and have a read of the press released for Pokémon 25: The Album below.

Pokémon 25: THE ALBUM IS OUT TODAY

Artists from around the globe have come together to celebrate the 25th anniversary of Pokémon with songs inspired by the global entertainment franchise and recorded exclusively for Pokémon 25: The Album. The compilation was released today in digital and CD formats by Capitol Records as part of a massive, yearlong music campaign from The Pokémon Company International in partnership with Universal Music Group. Get Pokémon 25: The Album HERE. View the album trailer HERE.

The official video for J Balvin’s contribution, “Ten Cuidado,” debuted today and can be viewed HERE. The award-winning Colombian singer, known to most as Reggaeton’s global ambassador, is joined by some of his favorite Pokémon — Pikachu, Hitmontop, Totodile, Loudred, and Charizard — in the clip, which was shot in New York City. Colin Tilley (Halsey, Kendrick Lamar, Cardi B), who helmed Balvin’s MTV VMA award-winning official video for “Rojo,” directed.

“I always wanted to be Ash Ketchum and through this collaboration with Pokémon I’ve been able to live out a childhood dream,” said J Balvin. “That love for Pokémon inspired ‘Ten Cuidado,’ my contribution to P25 Music, as well as the video in which I get to be a Pokémon Trainer in New York City. I can’t wait to share my fandom for Pokémon with my fans around the world with this song and still can’t believe I get to be part of this project.”

“The release of Pokémon 25: The Album marks the culmination of a yearlong music celebration of Pokémon by an amazing array of global artists,” said Colin Palmer, vice president of marketing for The Pokémon Company International. “From Katy Perry and Post Malone to today’s release of J Balvin’s contribution to the album, all of the artists brought a unique perspective to this collection, which we hope brings music fans as much joy as Pokémon has delivered for 25 years.”

Director Eric Maldin (U2, 30 Seconds To Mars) takes Vince Staples, Mabel, and Cyn on a surreal walk down memory lane, exploring their early experiences with Pokémon and how they went about creating their original songs for P25 Music in the new “Evolution of a Song” video series. The episodes also feature ZHU in the studio, discussing the evolution of his remixes of Staples’ “Got ‘Em” and Cyn’s “Wonderful,” found on the digital edition alongside his remix of “Take It Home” by Mabel. View “Evolution of a Song” at https://pokemon25.lnk.to/eoasplaylistPR.

The P25 Music virtual merch store — UMG’s first ever multi-artist interactive shopping experience — launched today with new merchandise from J Balvin, Katy Perry, and ZHU. Check out the animated, interactive virtual pop-up shop HERE. A special colored vinyl edition of Pokémon 25: The Album will be released in February 2022 in celebration of Pokémon Day. It is now available for preorder.

Fans can keep up with the latest news for P25 Music and more celebrations across the franchise on Pokémon’s 25th anniversary website at Pokemon.com/25.

Pokémon and music fans are invited to join the conversation online with @Pokemon and #Pokemon25.

Post Malone — Only Wanna Be With You (Pokémon 25 Version)