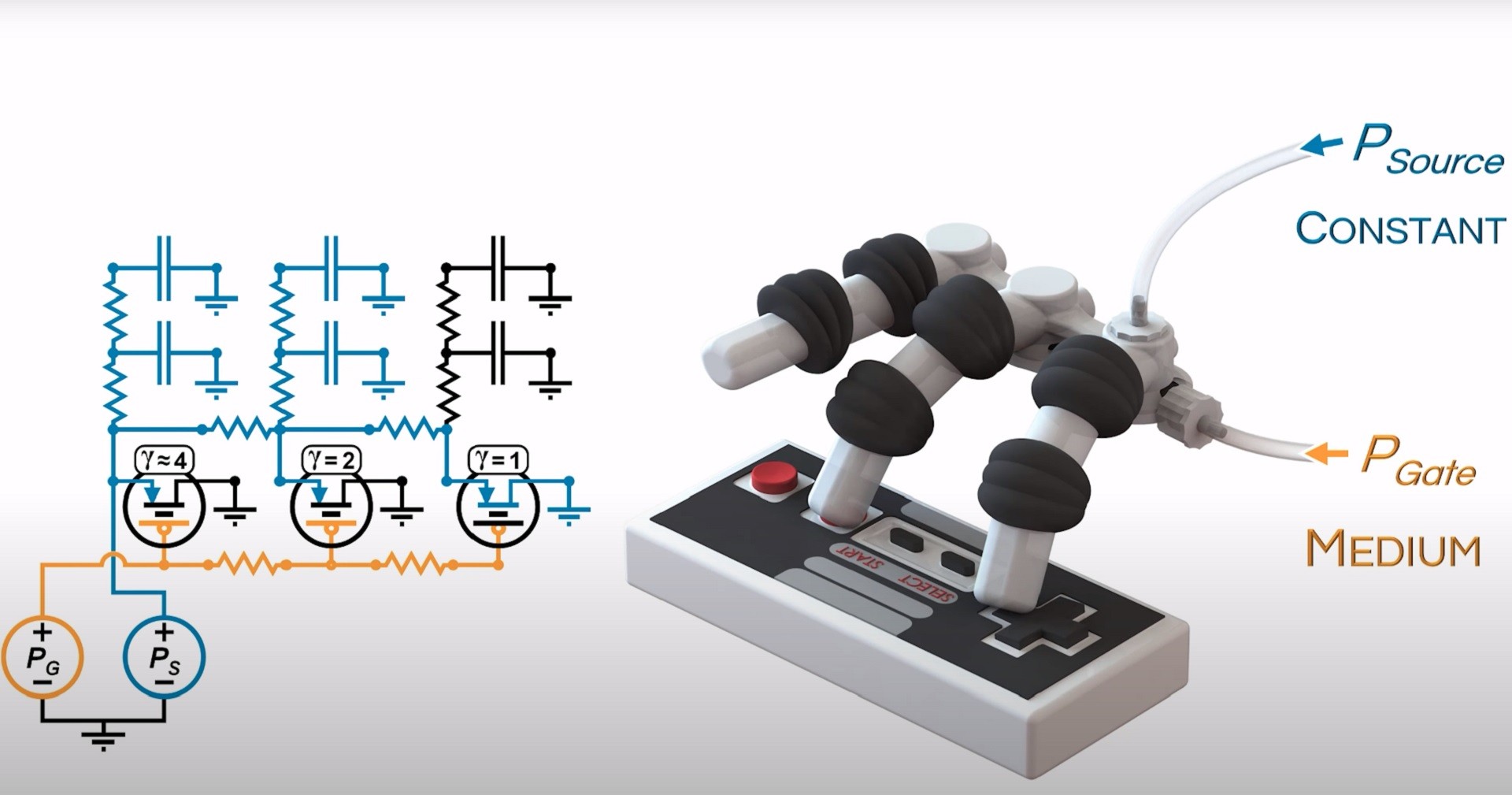 Yet again, the world of technology and robotics continues to astound us mere mortals. Researchers from the University of Maryland have been making developments on soft robotic technology- an emerging new form of robotics that focuses on utilizing fluids such as water and air to allow movement rather than standard electronics. Being the legends that they are, they decided to test out this technology by building a soft robotic hand and getting it to play Super Mario Bros for the NES.

The whole class of soft robotics is seriously impressive and interesting and I would highly recommend watching the entire five-minute video on the process that I will post below. Soft robotics allows for a far more flexible motion due to the “integrated fluidic circuity” that is used within it. This gives the movement of the robot a much more natural look, which is actually a little more unnerving as it gives the hand a realistic look that isn’t as rigid. These things are definitely taking over the planet one day.

The hand works on a pressure system, wherein different levels of pressure change the buttons that the hand will press on the NES controller. The research team then wrote a computer program that the robot hand would be connected to, allowing it to run autonomously through the Super Mario Bros level. This is such an amazing technological advancement when it comes to robotics and as a gamer, it is awesome to see video games becoming a method of testing tech that could one day change a lot of lives for the better. The soft robotics team is already researching ways in which the technology could aid in areas such as surgery and medicine. We are certainly looking at the future of robotics with this. Next time though, I want to see the robot hand get through the Rainbow Road on Mario Kart. Make sure to check out the whole story on the University of Maryland website here.