A wholesome, principled leader assembles a ragtag team of variously-skilled allies to combat the rising power of a supervillain whose evil deeds grip an entire city in fear. The stalwart hero fights for truth, justice, and the American way — even if that means going up against the forces of corruption within very system of freedom he admires. While director Brian De Palma’s 1987 version of this familiar setup, The Untouchables, might not involve actual spandex or capes, make no mistake: a stark contrast between unabashedly good and nefariously evil, an exaggerated (sometimes cartoonish) tone, and dramatically-framed visuals make it about as close to an old-fashioned comic book-based superhero movie as a prohibition-era Kevin Costner gangster film can get. It also reminds audiences that once upon a time, our larger-than-life champions could save the day in style.

Before the Marvel Cinematic Universe decided to treat movies like ongoing TV series with 2-hour episodes, directors weren’t just hired to be caretakers of continuity; they were actually encouraged to put their own stamp on an action property, to execute a unique artistic vision that would make the film stand out from its peers instead of conforming to the rigid standards of the cinematic assembly line. There’s no question that Paramount had this idea in mind when they signed the man responsible for Carrie, The Fury, Blow Out, Scarface and Body Double to tackle what seemed to be a fairly no-nonsense story of cops and robbers, and unique is exactly what they got.

Though the hard-boiled script by David Mamet certainly contains a typically streamlined structure and plenty of quotable tough-guy lines (“You’re not from Chicago”), De Palma’s direction ultimately elevates The Untouchables from something merely digestible to something memorable, eschewing the potential gritty realism of 1930s Chicago gang warfare for what at times borders on cartoonish. Not surprisingly, the Hitchcockian approach he had been honing for years works perfectly for the material, bringing out its inherent archetypes, as the highly-fictionalized account of U.S. Treasury Department Agent Eliot Ness pursuing the arrest and conviction of Prohibition-defying crime boss Al Capone has little to do with the complexity of actual law and justice, little to do with reality. The simplified good vs evil dynamic of the film belongs to a more mythic universe, one where the stupid, syphilis-ridden Capone is a powerful-yet-bloated tyrant bent on city domination, and the small team of misfit jocks and nerds tasked with ending his reign might as well be The Avengers.

De Palma embraces this superhero attitude with exaggerated perspectives and a deep focus that allows him to compose images that wouldn’t feel out of place on the pages of a comic book. In one such shot, the absurd closeup of Pagliacci‘s tragic Canio juxtaposed with the ironic tears of another thuggish clown paints a picture of a man who believes his violent actions to be justified, as if he is the victim in all of this, he is the persecuted one. Another sees Capone’s right-hand man tossed off a building by a vengeful Ness, flailing his arms like propellers in a ridiculously gleeful composite freefall that conjures visual memories of Vertigo, releasing a geyser of tension that had built from a drawn-out, suspenseful chase, and fulfilling the audience’s need for a vigilante righteousness that doesn’t really exist in the actual world. Powerful characters are shot from extremely low angles, making us look up to them like the demigods they are (even poor Wallace); deliberate zooms dramatically emphasize important moments, and slow-motion action sequences seem to exist for no other reason than to be cool.

Like, say, an over-the-top shootout in a train station? De Palma’s indulgent homage to the Odessa Steps scene from Battleship Potemkin (he supposedly even went so far as to sock away film stock to make sure he could shoot it his way amid studio budgeting complaints) is the poster-child example of how he sees his main character. Ness might as well have had the bullet-proof body of Superman for how unscathed he emerges from the flurry of bullet blasts that ricochet throughout the stairway. While mafia goons and hard-luck sailors who keep getting in the way drop like flies from the hail of gunfire, Ness stands tall, his essential goodness forming a shield stronger than whatever Captain America’s is made of. Despite being as out in the open and exposed as one can be in such a situation, he takes no damage, shoots plenty of bad guys, and even manages to help save a baby (with some help from George Stone) in the process. Sure, he put that baby in danger, but it was due to an act of kindness, so really it’s all in a day’s work for this friendly, neighborhood T-Man.

The stairway shootout is the centerpiece action sequence of the film, and while no CG city blocks are destroyed, and no cartoon characters pretending to be real ever engage in physics-defying battles with other cartoon characters pretending to be real, it still absolutely thrills in the best kind of pulpy way. Note the beginning’s extreme closeups, like a spaghetti western staredown that tells us who will live and who will die just by the eyes of those involved. Revel in the towering stature Costner as Ness is afforded by the camera, the massive disparity in visual power relative to his foes. De Palma never loses sight of the exaggerated heroism of his Untouchables, presenting them in typically blatant archetypical ways, but doing so with a panache missing from most superhero movies.

Even composer Ennio Morricone gets in on the action, creating numerous signifiers the likes of which most superhero movies can only dream of. His bold heroic theme rich with triumphant horns, on display in moments such as the horseback charge at the Canadian border, elevates even a simple walk across the street into a mythical feat, and his ragtime blend for Capone emphasizes the smoky, speakeasy nature of the underworld. Morricone’s broad compositions are the musical equivalent of unsettling dutch angles, rack focuses, and unspooling first-person shots. It’s bombastic enough to cue audiences in that The Untouchables is not just a regular crime movie, but a “super” one.

Every ingredient contributes to the overall flavor, bringing out an off-kilter tone that sings its old-fashioned adventure and weeps for its tragedies. In the hands of a journeyman, The Untouchables surely would have been a pleasant, watchable 80s action movie, but De Palma makes it something more. From his hero shots of the crime-fighting team trotting in unison down the street, to the bird’s-eye view of the dastardly deeds of Capone, strutting like an idiotic Lex Luthor around his now-bloody banquet table, the director elevates the material and the men into a mythical realm usually reserved for those imbued with special powers other than blinding righteousness. His work on The Untouchables also serves as a potent example of just how much visual storytelling, personal touch, and a willingness to embrace goofy earnestness over cool snark can make a story about squeaky-clean good guys vs nefarious bad guys not merely digestible, but actually memorable.

Style is more than a spandex suit; here endeth the lesson. 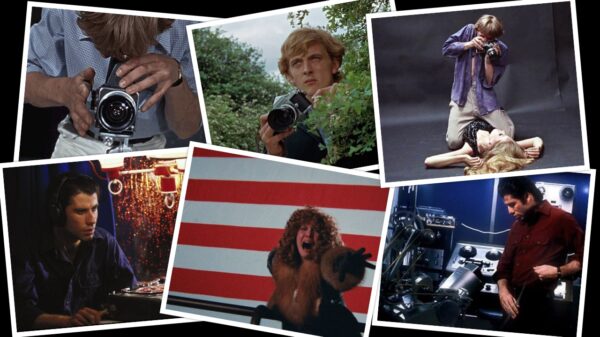 Please note that the following piece contains spoilers for the final act of Blow Out. Taken at face value Blow Out, Brian De Palma’s 1981 film, is... 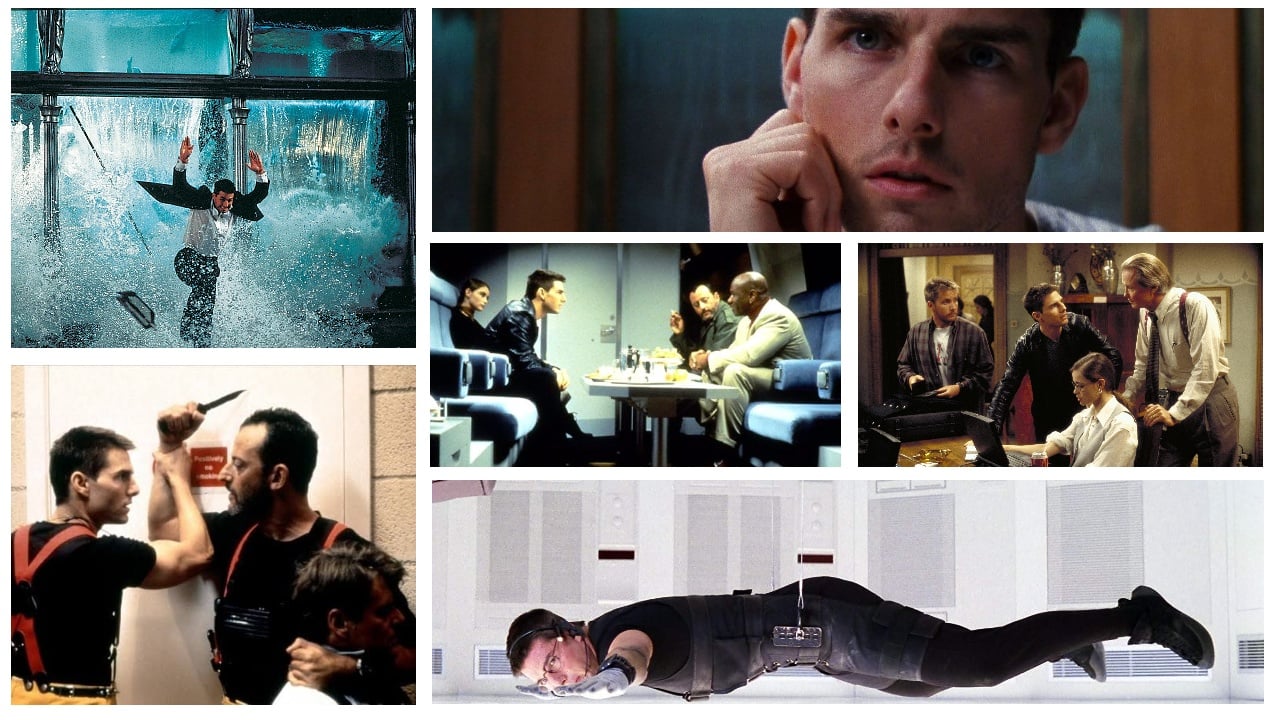 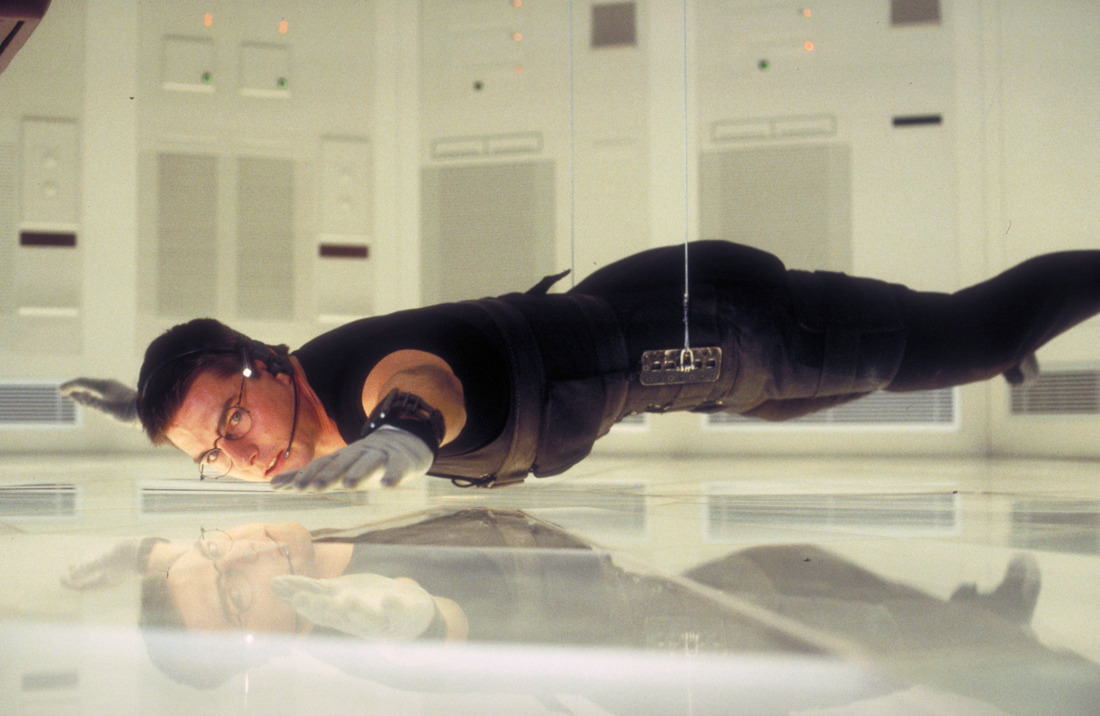 Mission: Impossible was an Unusually Quiet Start to a Noisy Franchise

25 Years Later: Mission: Impossible Almost no violence, only implied sex, and an alarming lack of self-aware quips; the perfect ingredients for a summer blockbuster,...

100 Essential Action Scenes, Part Eight: Shootouts Shootouts, unlike any other type of action scenes, put death in the forefront of the audience’s mind....