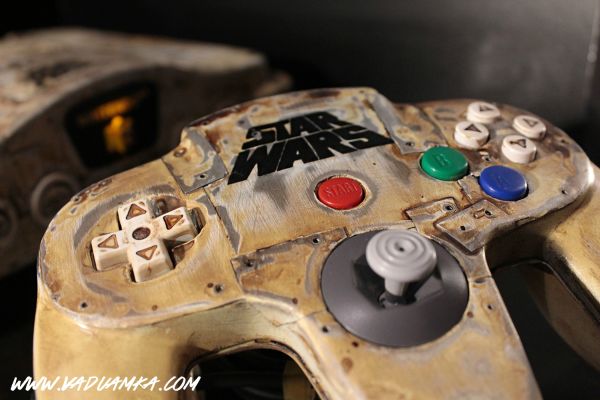 It seems everywhere you look now, all you see is Star Wars related products, be it advertisements, tacky attire or fun videos such as the one embedded below. YouTube user Vadu Amka put together this neat short film in honour of the release of Star Wars: The Force Awakens. Here’s what Amka had to say about the project:

“This December 16th it was the release of Star Wars Episode VII. I worked for several weeks on a project for a gift. While surfing the Internet, I noticed that I wasn’t the only one who had the idea of doing a Star Wars console. It was often repetitive: black, yellow, the logo, a galaxy, the artworks remade with airbrush (and it’s very good anyway!) … And sometimes a “hijacked toy”, as R2D2 super emulator and the Millennium Falcon console. I was looking for something different and it was when I saw the new Star Wars, and particularly when I saw the wreck of a Destroyer in the Jakku’s desert. Moreover, this decor is particularly important because it also reminds us Tatooine.”

Watch the video below. Enjoy!