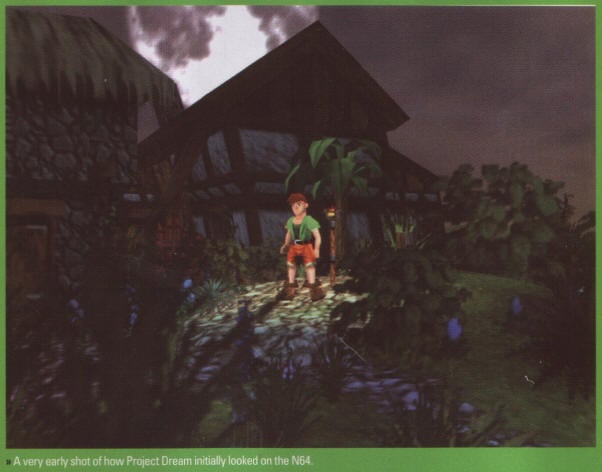 Rare co-founders the Stamper brothers have always been reclusive when it comes to interviews, so this bit of footage is a real treat for fans of the famous developers of such Nintendo classics as KnightLore, Conker’s Bad Fur Day, Sabre Wulf, Donkey Kong Country, GoldenEye 007, and of course, Banjo Kazooie.

For the unfamiliar, Banjo Kazooie was originally designed as an adventure game named Dream, an unreleased video game that was originally going to be released for the Super Nintendo Entertainment System (SNES), and later the Nintendo 64. Initially, Dream was to feature an unconventional terrain system, but performance issues on the Nintendo 64 led to the abandonment of that approach. That technical setback, along with concerns about project’s overall direction, led Rare to abandon the project and move on. Apart from one single image, there has never been any footage of the game released until now. You never thought you’d see the day, but Rare has given its fans a treat in the form of video footage of the fabled precursor to Banjo-Kazooie. And here it is — unspoiled footage of Dream, the adventure of boy hero Edson and his dog Dinger. Enjoy!

Super Mario Reflects On His Life