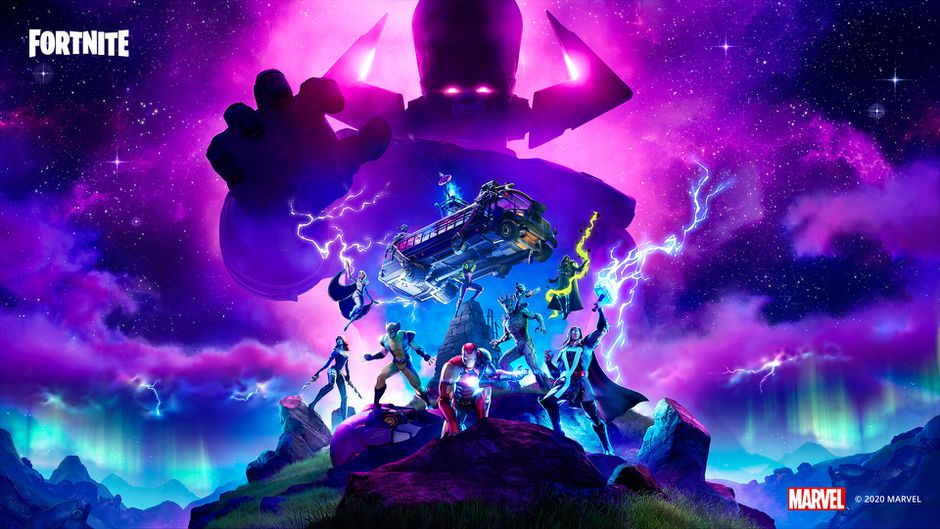 Fortnite has had its fair share of criticisms over the years. From the faceoff between Epic Games and Apple to the horde of angry parents having to deal with kids who have become dangerously obsessed with the battle royale game, there is no lack of controversy to be had. However, it would seem that despite the lawsuits and the general frustration, Fortnite is still pulling in the big numbers as demonstrated with their recent in-game Marvel-themed event.

The event turned out to be a run of the mill style arcade shooter featuring Marvel Comics characters Iron Man, Thor, Wolverine, and the big bad planet devourer Galactus. The player is guided by Iron Man as they use battle buses rigged with bombs to take down the hungry menace. The gameplay was pretty simple but it was more about the feeling of the event, coming across as an attempt to immerse the player in a Marvel comic or movie rather than being unique in terms of playstyle. No matter whether this was the kind of event you would enjoy or not, it clearly struck a chord with players across the world as it becomes Fortnite’s largest to date. According to the official Fortnite Twitter account, 15.3 million players jumped in to play concurrently, whilst 3.4 million watched on Twitch on YouTube.

Plenty of people tend to suggest that Fortnite is a dead game but the numbers do not and cannot lie. Fortnite is still reeling in huge numbers with their in-game events. The previously most-watched in-game Fortnite event- the Travis Scott concert from back in April- garnered 12.3 million views whilst the Marshmello concert from back in 2019 managed to attract 10.7 million viewers. The numbers are clearly only rising so no matter what you think about Fortnite, it looks like it isn’t going away anytime soon.

Have a look at the full Marvel Galactus event below as recorded in game by YouTuber Top5Gaming.